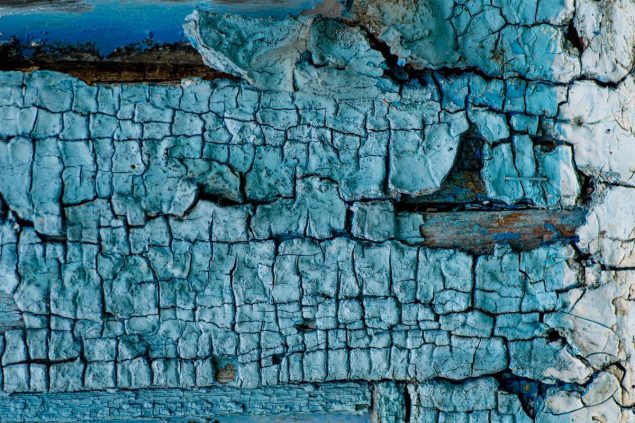 it was always the kitchen things
that seemed to separate me

the boy my father told me
he was, sprinting with classmates
through crowded Taipei streets
to shout, panting, at the vans
full of American tourists,
“Hi! Hello! Blah Blah Blah!”
never knowing if they understood.

How would I have seen him?
This round-faced child, cheeks
flushed with exertion, dark eyes
shining amid the noise and neon,
the smell of drying meats, the tents
crowding the curb selling soybean
cakes and flyswatters, hurling tattered
American greetings at us:
air-conditioned and wide-eyed, Nikons
swinging from our necks. How could he

know, years later, he would return
with one of them—a woman, small
and loud, with a sturdiness in her eyes
that stepped everywhere
before she did, searching humid
alleyways and rooftops dotted
with potted plants—for what?
She seemed to collide

with every passing body
in the hungry din of the night
markets, shouting “没事!”
(no problem) instead
of “对不起!” (excuse me),
and he followed her,

the abrasive pitch of her
misused Chinese, through
the lights and the smoke
until they reached a dim corner
where an old woman sold dumplings
and small tumblers of tea
from the back of her cart.  They
sat on bright plastic stools

cupping the chipped porcelain
with quiet hands, watching
her fold crescents around morsels
of green onion and garlic and pork
in the dark.  And here he was home
again—a boy with scabs on his elbows
screaming “Hi!” at the passing outlines
of faces behind tinted windows.  She,
on his island, found laughter and tea
and a mind like her eyes, always searching

and ready for a voice to reach back
in a tongue not his own, that understood
nonetheless, the hurtling warmth
of a word—that a word is an isthmus
always unfinished, in need of another.
And when nothing but the bitter black
vinegar lingered, they looked out at the night
that had fallen around them like petals or snow,
smiling in the silence

they owned.  Years later, in the bright
mid-afternoon, I watched my father knead
dough before his powdered hands rounded
bits of ground pork and green onions
into teardrops he tucked away
beneath thin folds pressed tight
with wet fingers.  In the mornings,

he’d boil jujubes and dried dragon fruit
in a big pot that never left
the front burner of the stove: ladling
the steaming broth into a mug, he’d sit
at the head of the empty table sipping
slowly between bites of 皮蛋, black
duck eggs preserved in clay
and quicklime and I saw the silence
and it was not his.  She had left
and though the cabinet above the counter
where he stacked his books still held her

tea in multicolored boxes and tins, she
had taken the laughter and the silence, both.
And when the dumplings he had shaped
with wet fingers went to school with me
in a black Velcro lunchbox emblazoned
red with a dragon, I carried that silence
that was not his, too.  I unfolded its
potpourri corners in my lap, cradled
its edges against the lunchmeat-filled
mouths spitting questions about pets
and my chopsticks, until it unfurled

itself like a serpent.  Remembering
the weight of its fangs, it rose
like a cloud.  My Nagasaki.
If my father’s father
could have looked from the deck
of his carrier, floating in the port
of Keelung, to see the ash
and dust blossoming over the ruins
of his occupiers’ city, would he think
of my father, his son?

Could he know the bright blinking lies
of a shore, the silence of a kitchen,
empty in sun? trace affiliate link | Nike for Men