Blog - Latest News
You are here: Home / Book Reviews / Book Blurb: The End We Start From 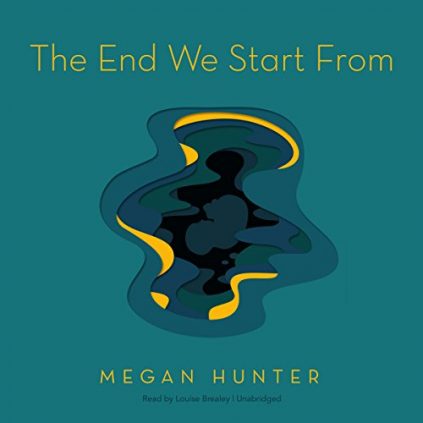 Megan Hunter’s haunting debut novel, The End We Start From, explores a mother’s journey through London underwater. Immediately, the reader is gripped by Hunter’s visceral imagery, as she describes the protagonist, who is preparing to give birth as “a lumbering gorilla with a low-slung belly and suspicious eyes.” Through Hunter’s poetic prose and honest revelations, readers learn about this pregnant woman’s precarious predicament, as the British city she lives in becomes completely submerged in water. Similarly, Hunter’s writing style takes on an experimental and fluid form through its urgent and rhythmic sensibilities. For instance, we are introduced to “R” for example, “R has N’s watch, he tells me. He has it somewhere. He doesn’t put it on.” Hunter won’t use proper names like “Robert” or “Nathan” and the effect is chilling. For such a personal story, Hunter seems to shy away from intimacy with her readers, instead of zooming into the scenes that she has elaborately written. And yet, readers can look forward to a hopeful ending. After all of our heroine’s persistence, fraught with the trials of new motherhood and ardent survival, there is still hope. Hunter’s prose is well-suited for fans of post-apocalyptic fiction and believers of the magical.

The End We Start From was released by Atlantic Monthly Press on November 7th, 2017. by Cameron Finch
Scroll to top