Blog - Latest News
You are here: Home / Book Reviews / Raising Consciousness in Our Youth:
A Review of Fry Bread... 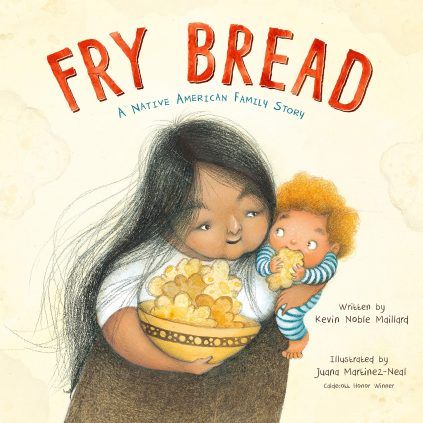 Kevin Noble Maillard’s children’s book—filled with inspiration for adults—illuminates the complexities of culture through food.  Bread, the stuff of life, is the medium to enlighten our understandings of history and diversity.  His book is authored with the youngest readers (up to age 6) in mind. Yet, it carries a message for us all.

Maillard himself represents a multitude of cultures, including African American and Seminole Indigenous American heritages. As the author notes: Fry bread is us. Fry bread is everything.  Throughout the book we see depictions of people young and old who represent the broad spectrum of identities through their physical appearance. Blond with light color skin through dark-haired corn rows and rich brown skin tones are all identifying with Native American family heritage and the symbols and sustenance of the classic fry bread.

Fry bread is the essence of soul food; the physically and spiritually nourishing survival foods wrought from captivity and separation from indigenous cultures that is manufactured through government-sponsored oppression. Similar to the fried chicken that became a necessary staple of survival for Black Americans escaping enslavement and in response to the deprivations of Jim Crow,  fry bread is a simple dish that is filling and, through the frying, well-preserved to last for long treks or long days with uncertain access to nutritious meals. Maillard does an excellent job of transmitting the messages related to tortuous histories in powerful and accessible ways for youngsters while providing meaningful insights for the adults who will share this reading experience with them.

Fry bread was invented when the Diné people were removed from their land and given government rations. Maillard does not ignore this truth but portrays it in a way kids can understand: “Fry bread is history. The long walk, the stolen land, strangers in our own world with unknown food, we made new recipes from what we had.”

For adults who may not know this history, and for children when they’re older, the author’s note at the end of the book gives the more thorough history of brutal relocation.

This book is an heirloom that will grow in meaning as the youngest audience members develop in their skills as readers and their curiosity blossoms as pursuers of knowledge. The work is also bookended with extensive lists of Indigenous Tribes and Nations, illustrating for the readers the expansive and too often overlooked presence of Native Americans.  In these ways, Fry Bread completes its mission as an artful and impactful chronicling of our sometimes hidden histories. The book is a welcome addition to the diversity of our childhood libraries.

Recipes are woven throughout the tale showing us how the mix and measure echo who we are as we acknowledge and uphold traditions. The youth oriented narrative subtlety challenges notions of self and what appearances say about us. Accordingly, Fry Bread challenges assumptions and offers important messages of unity.

There could be no better time nor better lesson for our growing generation. 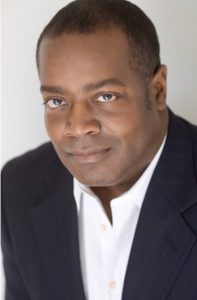 Antonio Brown holds a Ph.D. in Political Science from the University of Michigan Ann Arbor. He contributed the autobiographical memoir “Strange Fruit” to the American Library Association Award winning anthology For Colored Boys. He has also contributed to the New York Times column “Room For Debate.” Brown has served as a Professor of Political Science at Loyola Marymount University in Los Angeles, California. He is a published academic and recipient of numerous awards including being named a National Science Foundation Fellow. He also has served as a scholar and researcher at UCLA and Irvine Foundation Fellow at Stanford University. Brown has been recruited to numerous boards of directors including the International Society of Political Psychology. He held office as a nationally elected member of the Board of Directors of the American Civil Liberties Union (ACLU) and has served as the President of the Board of Directors of the ACLU of Southern California. Brown also became a member of the Community Advisory Board of KCET Television (the Public Broadcasting Station [PBS] of Southern California). Antonio is a bonafide foodie and home chef, as well as a cocktail mixologist and enthusiast.