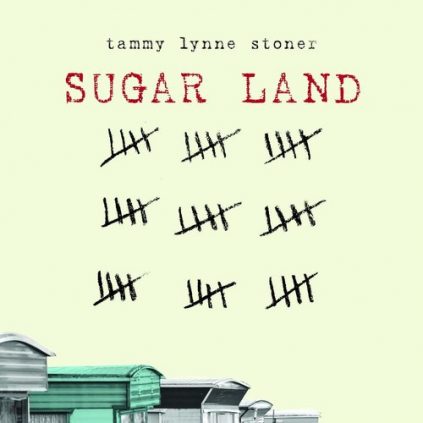 Sugar Land is the story of one hell of a character called Miss Dara. The novel, divided into three sections, is set  in 1920’s Texas, and spans Miss Dara’s whole life. We meet her as a 19-year-old when she falls for her best friend, Rhodie. The attraction is mutual and they spend a few weeks together in bliss before being caught by Rhodie’s mother. The local preacher is brought in to deal with the girls. Rhodie leaves town for college and Dara takes a job in the local prison, Sugar Land, as a cook. Once there, she becomes close to Lead Belly, the historically known blues singer. He is determined to get out legally, and does so by singing to the Warden and Governor who grant him a release. Lead Belly makes Dara promise to leave as well, to follow her own passions.

The second section, “Nana Dara,” is the shortest with only 44 pages, and is focused on her time after marrying her way out of prison. Her husband is the Warden, an easy-going man with two young children of his own. It’s a surprisingly happy marriage, despite him knowing she’s gay and missing her first love.

The last section, “Mrs. Dara,” the longest one, is also the funniest and most engaging. Mrs. Dara is a widower, full of herself with a wonderful inner logic and attitude to life. She’s grown into a mischievous character:

‘Now I was an older lady–a widower even–I felt somehow above the law. “I’m going to sneak in and take the pictures down.”

“This is criminal behavior we are discussing here.”

I tsked and pulled up the leg of my coveralls to scratch my knee.’

Stoner writes such great character descriptions that stay with you throughout the entire book. For example, Stoner opens Sugar Land with Dara describing herself:

“I wore a dress that made me look like a curvy brown sack and I couldn’t stop burping up the oatmeal I’d had for breakfast.”

The tone and voice of Dara’s character are given to us immediately so lightly and vividly, it’s great. Later on, Dara describes her husband, the Warden, as a “big-chested man with precisely trimmed sideburns.” Again, the description of when they’re first married, Dara says, “He held me all night long with his forearm as warm as butter on my belly.”

Stoner’s use of language is so precise and perfect for the time and era and for these specific characters. This skill shows up in the chapter titles too, such as “The Preacher said sit down, so I did,” “Pepto Dismal,” and “Hairnet.”

The simple sentences suit Dara, and her inner monologues catch her emotions in a few words.

Later on, when Dara faces another painful moment with her step-children, she says, “A tumbleweed rolled across the empty space inside my chest.”

I’d expected more of a harsh tale about being gay in that time frame, given how the blurb on the back cover had mentioned how Dara discovered that life “outside isn’t all sweet tea and roses.” It was instead a light read, generously spirited, and satisfying in many ways. The friendships and relationships were done with such humor and witty observations that you couldn’t help but like them all—even the fussy daughter, Debbie, as well as the useless but well-meaning friend called Fiddler, who moves in to her trailer for a while. Dara describes him by the results of him helping out:

“By the end of the first year, I’d lost three clocks and two phones and had to have the oil seal on my truck redone, God bless him.”

There are great moments of slapstick done in a deadpan voice and this is what’s so magical about this book: Dara’s voice. You want to stick with her and hear what she gets up to. You’re never that surprised (in a good way), like when she breaks into her daughter’s place and utterly fails. “I was lying in the exact location the Rottweilers visited every evening to relieve themselves of what must be high fiber meals.”

Stoner has written a book that is heartfelt and tender. Her characters linger and are quite unforgettable. Sugar Land spans decades in a well-told, easy going manner and I finished the book with a satisfied smile. by Sarah Leamy
What the Seashell Said by
Patti Richards