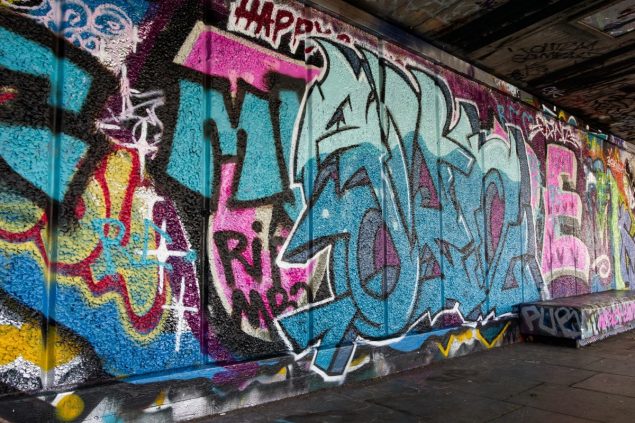 Sometimes you picture what it must be like on Pluto.

You picture the stillness.

You picture that special kind of silence that pounds beyond the ears, into the airways, past the base of the throat—a choking kind of silence. You consider how cold it must be. A cold that is not a tidal wave, but a shock, the kind of cold someone becomes “exposed to” rather than “experiences,” the way a person can be exposed to a virus or flesh-eating disease. You picture how miniscule the earth looks from it. Not even a speck on the black corkboard of the night’s sky. How insignificant you are from Pluto. You can’t even be seen, out of sight, out of mind; you might as well not even exist. No one would know that somewhere, light years away, you exist as you are. Your problems and experiences are erased by miles of stardust and dark matter, faded by the pulsating, burning light of the cosmos, where problems are deaths of stars, and physical laws order the universe, and mysteries are about how time and space are interwoven in a way that we can travel backwards or forwards in both.

The thought of Pluto comforts you. But it also terrifies you.

It terrifies you to think of a place that dark, that cold, that still, that quiet. Can you even see the sun from Pluto? No. You don’t suppose you can. Your heart aches for Plutonians. You believe there were no sunrises on Pluto. That it was always dark.

You asked your partner how the Theory of Special Relativity worked last year. You have always wanted to understand it. You wanted to understand everything. You wanted things to make sense. How does the speed affect time? Why should how fast one travels affect the way time is not only felt, but the way it moves? You couldn’t wrap your mind around it. You understood that the way a mind experiences time can change based on how fast one moves, but you couldn’t understand how time literally moves differently depending on the speed of any object in motion. How is it that the mind and the body can be so easily deceived?

“You don’t need to understand the Theory of Special Relativity. Most people don’t,” he said after your pestering.

“Yes, I do,” you said. “I do in fact need to understand the Theory of Special Relativity.”

“Watch a video on Youtube,” he suggested. You watched one together. There were cartoons of spaceships and stick figures and mirrors and balls.

He looked at you expectantly.

You searched for another video. Then another. And another. More spaceships and stick figures. A ball for the sun and a ball for the earth and dots for stars.

“But how much time as really passed?”

“But according to a Berkeleian of God that is omnipresent and omniscient at all times and spaces and witnesses all things?”

“There is no Berkeleian of God,” he said. “But if there was, it would depend on the inertial frame of reference.”

You wanted numbers. You wanted facts. You felt stupid for trying to demand something called “The Theory of Relativity” to be objective. But that was how your mind worked. You didn’t want to have to deal with an inertial frame of reference. You wanted things to just be.

You can’t even look in the mirror anymore because your face is a moon. Your face is not supposed to be a moon. Moon face. Moon face. Moon face. Your face is not supposed to be a moon. No pictures, no mirrors, all because of the moon face and fanny packs and the large sweater. You’re supposed to be small and pretty. You don’t want to leave the house or get out of bed. Don’t you want to take pictures again? Don’t you want to be able to walk past a mirror without avoiding eye contact with the thing with the moon face and the fanny packs and the sweater? Don’t you want to be small and pretty again? Don’t you want to go outside into the sun again? You know what to do. Don’t eat today. You won’t eat today. But you didn’t eat yesterday? But you didn’t eat wrong. You had an extra bite. And you didn’t get that feeling—you know the feeling. The one right before bed. Your head is supposed to spin, you’re supposed to be dizzy. That’s when you know you did it right. You’re supposed to feel like you’re about to pass out. You didn’t feel that way last night. What did you do wrong? The extra bite. It is your fault that this isn’t working. You’re supposed to cut out the sugar, carbs, eat the green thing, the leafy thing. More of the leafy thing. All leafy things. Throw out the candy bar you’ve been saving for a good day—give your partner the candy bar. It isn’t worth it. Even though it is your favorite. Even though you have been saving it. You know you will hate yourself the next day when you are stepping on the scale. Don’t eat. Then you’ll be small and pretty. Get sick. Find a way to get sick. Two to three days of being sick. That’s all it takes. Sleep for two to three days. Eat a slice of toast per day. You’ll see the ribs again. And you’ll get the dizziness. Everything will be ok again when you’re small and pretty. You can go out in the sun again then.

You picture Pluto. You are no longer on earth. Your inertial frame of reference shifts.

No calories on Pluto.

No fat on Pluto.

No body on Pluto.

No you on Pluto.

Take the pills. Small and pretty little orange pills. They’ll make you sick, and they’ll keep you by the toilet all night—but it will be worth it. Get rid of everything until you’re hollow. You’ll get nice and dizzy and hollow, and then you will be small and pretty. You’ve done two pills in twenty-four hours. Maybe keep at it for two days? Is that enough? Three days? Four? That’s like you aren’t eating. Good. No food, just pills. Do that. Then you will be small and pretty. And go to the gym. Remember to go to the gym. Push yourself hard. But don’t push yourself too hard. You always push too hard. You force your heart rate over 190 for hours on end. Your partner tells you that you aren’t going to lose any weight that way because you have passed the fat-burning zone and gone into cardio. You will just end up shaking and collapsing. Fainting. Then eating. Then all of the good work you’ve done will be lost. Don’t give up. You can do this. Don’t eat. Get sick. Sleep. Take the pills. Work out. Get nice and dizzy and hollow. That’s all it takes.

You were talking to one of your friends about something else when you blurted out about Pluto. This was the first time you talked about Pluto out loud.

“I picture Pluto sometimes. Like, what this moment looks like on Pluto. There’s no air or sound or light. You can’t even see the sun. Can you believe that? I terrify myself imagining that kind of darkness.”

“You can see the Sun from Pluto,” he responded, not even missing a beat. “It isn’t that dark.”

He googled it, and clicked on a picture. It was an artistic rendition drawn to projected scale. Sure enough, there it was. No longer a Sun, just another star. Bright. An arrow on the picture labeled it for you.

“See? Apparently, it would be even brighter than the moon appears to us.”

“Doesn’t that help with the fear? On Pluto, you can still see the Sun.”

But you were not comforted by the extended arms of a sun that refuses to disappear into the night’s sky. You realized it isn’t the darkness that scares you.

You were at the beach at night last week. The water was dark, the sky was dark, the sand was dark. Everything was black and terrifying, and the only lights you could see were thousands upon thousands upon thousands of light years away. You shocked the dark by illuminating your phone screen, using an app to find Pluto. It was underneath your horizon, below the ocean waves, deep into the tangled kelp depths of the ocean floor, past where the schools of fish sleep, past where the crustaceans crawl, past where the plankton sway. You later look up the type of creatures that would live in a darkness that deep, and find photos of giant isopods, viper fish, fangtooths, and saccopharyngiformes. What is more terrifying, the dark or the creatures that live in it? You can’t decide. Maybe it is better for them that they can’t see themselves. You think of Pluto. Are these Plutonians? You wonder if they can see the sun rise. You decide that they can’t. Your heart no longer aches for them. 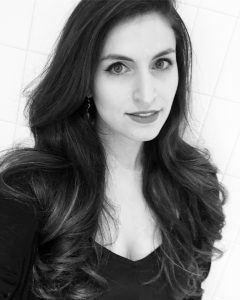 Arielle Schussler is a writer and editor living in the San Francisco Bay Area. After dropping out of art school, Arielle went on to get her BA in Philosophy at UC Berkeley and then a dual MFA in Fiction and Non-Fiction at Saint Mary’s College of California. She is currently working on a collection of essays.

Runner Up, Howard...
Scroll to top