Blog - Latest News
You are here: Home / Poetry—Silence & Power / The Border Simulator
(Is This Language A Desert Also?) 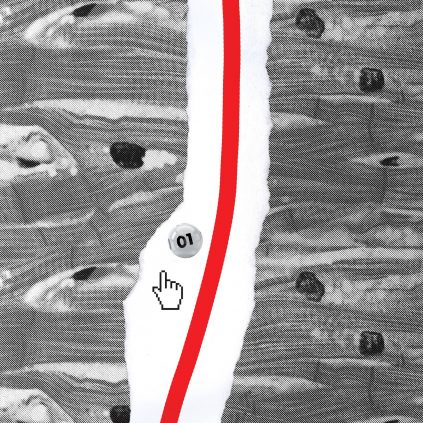 Has customs kept us from saying our favorite words
as we cross? (madrugada, residiente, dentures,) or
has customs left these worlds, sorry words,
here in the desert to get picked at by the cultures, (ah!
I keep tripping over these crossers) the vultures,
till there’s nothing but word’s cartilage left to excavate?

I only know one forensic team
and they’re a cast of characters in a procedural TV series
(customs knows the crossing procedure, eyes closed) armed with technology
that doesn’t exist yet and this is also what crossers feel
like: a technology that doesn’t exist.

But if no one can hold the desert culpable, if you can’t charge a desert with desertslaughter,
who will step forward and answer the crosser’s last note?:

Dear crosser, your digital footprint is more of a digital stain on the border simulator. Customs will always try and wipe you clean. Are you sure you’re sure which customs I’m talking about? Sometimes I’m not even, because custom’s words wear camouflage to ensnare us and in trap, there’s life. Don’t they say that? With restraint you’re freed? Then I’m the freest crosser in the border simulator. Customs found me sweating in a cave; they chased me there! And now riding in their jeep, where are we even going? I can’t tell and I cover my eyes with my hands because it’s as useful as looking out onto this map. Well, good thing I drew the map on my palms and my pants. I can peek at my hand but I’m so tired of looking at my hands, my map, my lap, but I need to because if not I’d be lost in simulation, and if I’m lost I’m detained, but it’s not so bad! Eventually customs gets tired of asking questions. I’m getting better at knowing this genre of detainment. I know you love our little interrogations in customs’ hut but lately, when I’m there with you, I’m not sure who questions who. But I’m an unreliable translator of customs and, I guess we all are. You’ve spent years practicing my border, these questions. And when you’re not putting the screws to me, you’re making other crossers screw together a new border fence. If you’re not screwing yourself into the border simulator then customs has you making adobe slabs and papier mâché walls for the bbq, crosser appreciation day. But you won’t last long if these kinds of days continue to appreciate. Customs appreciates you, alien crosser. Without you, customs would have no jobs and jobs equal worth in the border simulator. I’ll do what I can for you fellow crosser, like, when it’s my turn I might be able to knock out that borderwallpiñata, (jerking back and forth, hoping to make you miss, customs always holds the rope) but after a good whack, what falls out are crossers and their families (they built themselves into the borderwallpiñata? How sneaky) and then the families try to find a cave where they can hide and while they’re out for the day they let their sleeping bags (burrito blankets left here by other groundbeefcrossers) pool in the corner, the only pool for miles.

We searched through grounds of beef for you, Primitivo.
We know you’ve been hiding (and working; oh look,
now work is in a cave too) at the meat-grinding factory.
The boss loved hiring migrants because you’re cheap and such grinders too.

But now we can’t find you (I thought I could see your face
peeking through the burgermeat, but no, the meat just looked like your face
for a sec)
so we sicced the border on you and the border sniffed
you out. The border simulator knows your smell so well;

a mix of creosote and desperate, and now you’ll never leave, the border has you
in its vice-fenced grip. You’re posing for the cameras but stop it, there’s no camera
until we say so. Ok, now, quickly pose for this photo,
but make an expression like they did in those old timey photos,
you know, pretend that you’ve never had your picture taken.
Look like you don’t know what a camera is. Snap, snap.
You’re so good at looking morbid
it’s like you’ve had practice at this. I took a caravan’s worth of photos of you,
and your face always came out glossy, like someone rubbed vaseline on the lens.

I collected these passport photos of you, Primitivo, and now your face is all over
our little room, in 2×2 portraits, each one a hue of you, come see.
Did you know Primitivo that there’s only two types of people at the border,
those who have crossed and those who one day will? Ok, we’re done
taking photos now come, enter this room that I’ve made for you,
where pants are actually maps and these maps show you where to find your missing bedazzledjeans.

Yet, you’re a place on the map that doesn’t exist. The wrong data
points were entered and there is a pocket on the map, did you sew this pocket?
Did you sew it so you could later, hide inside it, on the map?
If there’s one thing customs knows it’s maps and pockets so be careful crosser
not to hide yourself from yourself (your true desire) and desire is a belt of possible,

just take off your belt loop by loop. Oh look, there’s a fray in your jeans.
Don’t think I don’t know your secret talent, Primitivo. I know everything about you,
or at least everything it says here in your file. Since you’re so good at sewing these secret pockets,
we’ll throw you in with the newly arrived craft crossers, crossing arts and crafts from
hobby lobby, into simulation. People are bored there, they need something to crochet,
and once they’re detained we get them to crochet a life size model of us and a new fence.

But what else would we do? we have no time anyways, so little time
that we actually have all of it, and it weighs heavy on our backs.
This back stands with the moment, if it can stand at all. What,
with timesweight hunching us closer and closer to to the earth? till we’re also part of the earth
and only then do future crossers step on us to get here.

And when they get here, there are two options for work: the meatmincer
or the fabrica. Both jobs are in the same building, in the shadow
of the mountain, and if you can grind the meat
and use the industrial sewing machines (mostly Juki’s),
your job will never die. 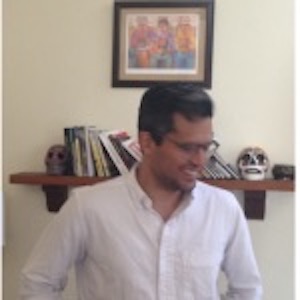