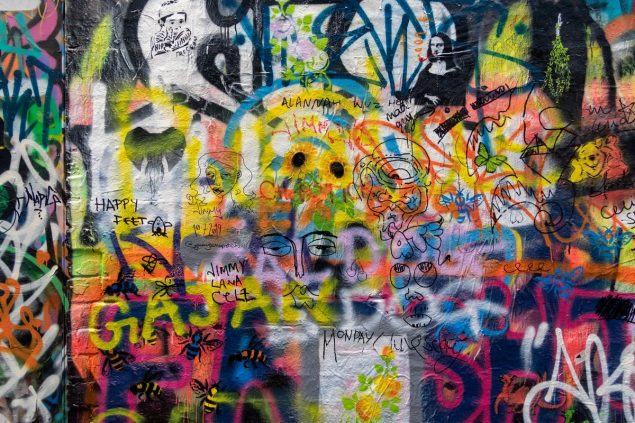 “If he but fail to recognize himself, a long life he may have.”
– Ovid’s Metamorphoses

If we think of ourselves divided into separate entities of existence from the time we are born until we draw our last breath, then the stages in which we live are distinguishable by variations of the aging shell. What other ways might the soft slopes of infancy, the angular stretches of adolescence, and the weathered plateaus of old age be so aptly identified?

I thought myself an immortal beauty. Years stretched before me like long roads, unending, yet still I dragged my feet, lingering beside the glittering waters which so appealed to me. I found myself enraptured by the person who met my eyes through the ripples.

In the water the man had skin like sunrise, face lit with marvelous expectation. In godly fashion, his contours bore their own light, casting shadows that squalled for the place at his feet. Like him, I relished the dark envy of others. Young men and maidens fell at my feet; from them I heard my name whispered, a decadent delight, sugar on their disconsolate lips. I felt such inexplicable pleasure when I endeavored to fish their hearts out by the strings. How willingly they were surrendered! I cannot even begin to describe the sensation of a heart in my hands, visceral yearning pumped up from the bowels of the soul. It was delicious.

The road seemed endless. Still I ate up the miles. My beauty was not so permanent as it seemed, and soon the wretched years began their lusty conquer of my appearance. Morphed and mottled, my skin, once sun-soaked and bronze, succumbed to the pull of the devil beneath me. My flesh sank in folds, downward, and I wondered how long I had before my bones would follow.

My hair, once laurel gold, yielded to a slow vanquish of age and waved new gray banners. Dark crumbs grew on my forehead and cheeks as if I had knelt and pressed my face into the ground, then let the morsels of dirt cling to my skin. With time, lines etched my face, tracing it with undulating precision.

Oh, and this blasted self-envy! It is as though a part of me had gone missing, leaving holes in my heart. The jealousy of others subsided as I aged, but my disdain festered. Once I had taken comfort in my appearance, but change had brought ruin to its handsome certainty. I thought, to age is the slow yet relentless moldering of one’s framework.

At this time I began to think of a man I heard could give forms immortality, eternal youth. I heard he could carve away years with his hands and his tools, an uncanny magic. In the beginning I had ignored the rumors. Now as an older man, I began to consider more seriously the prospects of finding him. What was his name? I searched my memory, until it came to me. The Sculptor. I hoped he could work the magic I heard he possessed, so that he might return me to my fine form. At last I had realized that youth is divine yet fleeting.

Years passed. I spent each day searching for him. I walked between villages and cities, feeling the hours slipping from me, feeling the days diminishing. Neither doctors nor witches I passed along the way could cure the ailment of aging. I trudged through the sands of time, nearing the Gates. I must have been right upon them when at last I stumbled upon the Sculptor’s shop.

I had been traveling since sunrise. I had no food or water, and my spine wilted as I came upon the midway point between towns, at dusk. Walking felt like wading in mud, and my joints creaked like old hinges. Parched and aching, I searched for respite. By now I had worn blisters into my toes and ground my soles to bone.

From a way off, a building appeared. In relief, I stumbled, slowing as I neared. The entrance featured a plain door, upon which a tiny hand had been carved into the wood. Simply, beneath the carving were two words, cast in bronze: The Sculptor.

At last, I had found him! Without assistance, the door swung inward, inviting me in.

Through the doorway I glimpsed a little man. His face looked like a candle, half melted. He was short and sickly thin, with bulging eyes and deft hands. Veins slunk up from his fingers like knotted ivy. Tools hung from a belt on his waist. He appeared to be expecting me, shaking my hand and ushering me into the hall. Bemused, I let him lead me forward. He offered me water and simple foods; bread and old cheese.

On the inside, wine-red walls arched themselves around marvelous figures. Stone women cast their eyes downward to the marbled floors, the folds of their veils honed to such smoothness they seemed to fill the women’s mouths with breath, if only to give the fabric reason to stir. Winding folds of cloth flowed from the arduous forms, illuminating soft skin beneath. Pieta cast her eyes skyward; Moses gazed down the expansive hall. The Elgin marbles viewed me with cool indifference, and my chest ached with chagrin as I hunched in their shadows.

At once I remembered a description of the ways we might be moved by such flagrant depictions of the human form. It was the transmission of energy from immobile persons, entombed in marble, to me, suspended in my rapture. They evoked wondrous sensations; melancholy and virtue as their sinuous forms strained against the confines of stone.

Such feeling had been recorded in their features! Some had their chins lifted, glowing with the light of heavenly ecstasy. Others had their brows creased, shadowing eyes like storms, mouths ruptured in silent screams.

“Oh!” I wept, “the beauty of these have far surpassed my own.” In the large cavern of the room, my sobs echoed. If possible, the statues seemed to relish my anguish.

“If I may,” the Sculptor interrupted my wailing as he led me past, “imagine a world exists where you might exchange your parts for perfection.”

My eyes and nose dripped in unison. His mouth curved as he continued, “If you were presented the opportunity to pick apart all the wondrous creations of humanity and exchange the parts for your own, would you?”

I asked him what he meant.

“It means you could have their glory.” His eyes glinted. “Or their youth.”

By then we had reached the end of the grand hall. In earnest, the Sculptor turned and asked if I wished to be young forever.

“Oh, if I could!” I stole another glance at the stone figures and my breath dissolved; for the first time I had laid eyes on something that surpassed even the aesthetic of my own reflection. It haunted me. My voice cracked; I stifled my sobs. “Please, little man, I would like that more than anything in the world. Make me worthy of the figures in the hall.”

A smile crept over his face.

I asked the Sculptor if he knew who I was. He assented and I realized, with delight, that even in the recesses of the world echoing tales of my former beauty had found audience. I asked if he could return me to my youth but he told me he had no image to work from. I told him I had the structure of David, Apollo’s face, and the charm of Cupid. I said I could carry the hard weight of divine artistry as Atlas bore the weight of the world.

At this, the Sculptor clapped gleefully. “What an exciting commission!”

He led me up to a pedestal, carved with flowers boasting ruffled trumpet mouths and creased velvet petals. He motioned me up, then lifted my chin. I saw a stranger in the glass before me, as he rearranged my limbs into a pose.

He commenced his work.

I dared not move, hardly breathe, for fear of breaking form. Reversing the clock seemed an impossibility, but I had just seen the work of this little man and knew he worked miracles. If I had walked these halls earlier, as a young fellow, I would have been the most revered.

But, I consoled myself, soon the loveliness of my form will far surpass those in the hall.

I felt him slough away the years as trees sifted sunlight in the courtyard, as the weary sun yawned into slumber. He worked, and I was overcome by a strange languor. I slipped into a dreamlike state, feeling weight lift from my shoulders and my body uncurl, like new blooms. It became easier and easier to remain still. He hammered and picked my flesh, carving details, shaping and sharpening angles, tightening skin as if winding paper. He molded my features with gentle hands and gradually my muscles firmed, my skin hardened. Inside I felt my blood slow and my torpid heart, like pearl, cocoon itself in stone. The sensation worked its way outward; the viscera strung from my marbled sides solidified; I felt my lungs close in a few moments of fiery breathlessness, a new stillness settling over my features. I felt the shell overtake my chest, varnishing my arms and legs.

I felt stone build up from under my lashes, but before my eyes had been entirely coated I cast one last look into the mirror and beheld my new figure. I saw myself renewed, rendered perfectly with an ivory pallor to my skin.

And by Gods I was gorgeous! 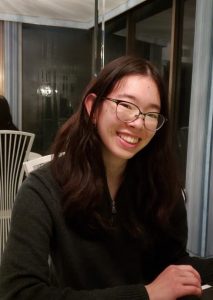 Sydney Alexander currently attends River Hill High School in Clarkesville, Maryland. One of her previous stories received an honorable mention in the L. Ron Hubbard Writers of the Future Contest. This is her first publication. She plans to study Creative Writing in college after graduating in June 2021.