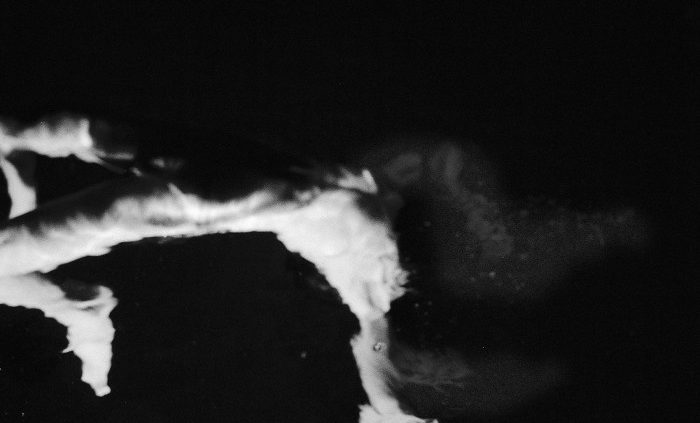 The morning after she dismantles
us, we walk the chilled shadows
that sweep last night from her cobblestone
streets. I’m uprooted, raw,
a potted plant she elbowed

off her balcony. At the diner counter,
we eat our breakfasts like a couple
of mutes. She repeats what she said last
night, after whiskey let her pity
undress us a final time. Why

not make the best of a terrible
situation? Her kind tone aligns
with her eyes again, making me long
for our emails, back to the soft science
of our silences, our weird fetish

for distance the last real
thing we share. Before the weight
of our thing overtook us, we undressed.
Before the 1,208 miles between our cities
exerted their pull. She smiles, cleans

her plate with her roll. With knife
and fork, I pierce my yolks, letting
one yellow compartment weep
unto the other.
After breakfast she tours
me, stranded, through the Grand City,

two days before my departure. She points
to monuments and markers. She says,
There’s the park where sweet Whitman held
the soldier’s hands while doctors sawed
away their broken limbs. She speaks

as if she didn’t break us to pieces last night.
I wonder if she enjoys it. Maybe some pleasure
in the spectacle of a man and woman
saying goodbye. She takes us
to The Museum of the Monstrous.

Distensions, protuberances, poxes
encased in early 19th century mahogany
by the doctors who triumphed
over a body’s excesses. A giant
man and his tiny sidekick,

a golden spoon. An assassin’s thorax.
A president’s tumor. A case
of trephined skulls
almost blinking as we turn
away from them. A boy bowing two

heads in his watery sanctum,
his eyelids
so thin and delicate
he might look up any year now
from his long prayer.
Our fleet faces transposed,

our looking out and in
from these curious windows. Flashes
of her smile taking flight below the ridge
of my brow. I need to leave
some of us here in these rooms.

–from The Fiction We Make Between Us 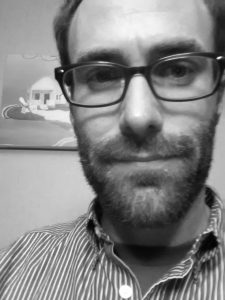 Marcus Myers lives in Kansas City, Missouri, where he gardens badly, raises a four-year-old and teaches social studies to gifted & talented students. He and Brian Clifton co-edit Bear Review, the new online journal of poetry, flash fiction and micro essays. The recipient of the 2010 Jo Anna Dale Award and a 2011 Durwood Fellowship from UMKC’s MFA program, his writing has appeared in or is forthcoming from Burntdistrict, H_NGM_N, Mid-American Review, The National Poetry Review, Pleiades, Tar River Poetry, The Rumpus and elsewhere.