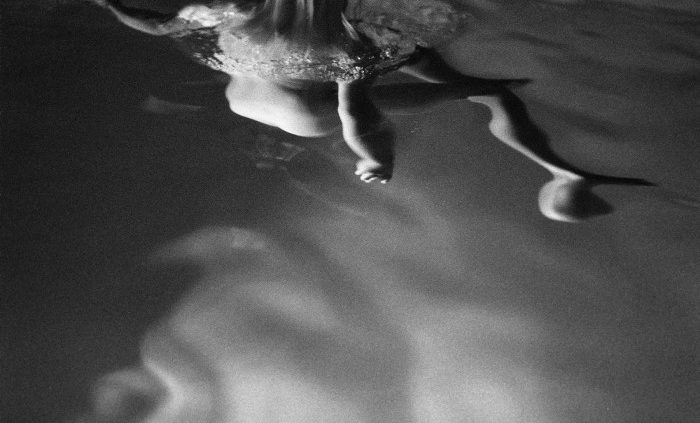 I imagine it’s what breasts feel like
welling up, except this was in my ears
and the tiny roots of my hair, and I wanted to touch
the silver down under her perfectly shingled feathers,
slate-gray, violet, mauve, the iridescent splendor
of a puddle of oil. There were others at the train stop,
no room for conspicuous tenderness. To touch her,
they’d say, just reminds us, every filth smuggled
onto this train, the shiny bars and plastic seats
and godforsaken rutted floor. But every rule
for joy reads Do it, in wild fistfuls, in a devastating
aching embrace, Do it. She won’t hurt me,
not her, not her brethren. I lower my finger, nudge,
the way I’ve done with pet-store cockatiels, hoping
the gracious creature, city-dusted
but clear-eyed, will recognize me and climb on.

He pissed on the spinning rear rim
of the truck stopped at the light,
little otter of mischief surfacing
in a brief clear river of his mind,
while the driverside door opened, then slammed,
and he folded his cock away—
the mists closing in—and smiled.
So what happened next—hands on his collar, the crack
in the jaw—I want to redeem,
though I’ve never known a pain so primitive,
a thousand white birds on fire,
and I’ll never know if he were suddenly lucid,
if he were that unlucky, but I hope, at least,
some small salvation, that he was woken
into the body he carries but hardly knows,
a fierce and brimless reckoning of the self
with the self. If pain is the holy rending
that transforms us—the ocean having her way
with our heads against the rock—
maybe he didn’t hear the driver:
Pick up your teeth, maybe only the waves,
saying, Forgive me, forgive me.

If I’m afraid of the hall of earthless burials,
the taxidermied bodies of beasts
we’ve brought down or dug up,
it’s the glass eyes, their soundless, roaring mouths,
the way I’ve wrought every savannah of myself
into some bounded pasture, how the lioness
can’t finish the slay, always the prey
stumbling down, always the tooth
not yet sunk to the vein. Go to the zoo,
all the prowling behind bars, and the cages
we persist in locking, so flimsy, really.
Let’s make love. Let’s make our small family
on the fields of their small families.
Plates in the middle of the ocean
adjust their shoulders and take down islands.
I’m saying what the island said
to the waves: Make me naked.
I didn’t ask to be spared. 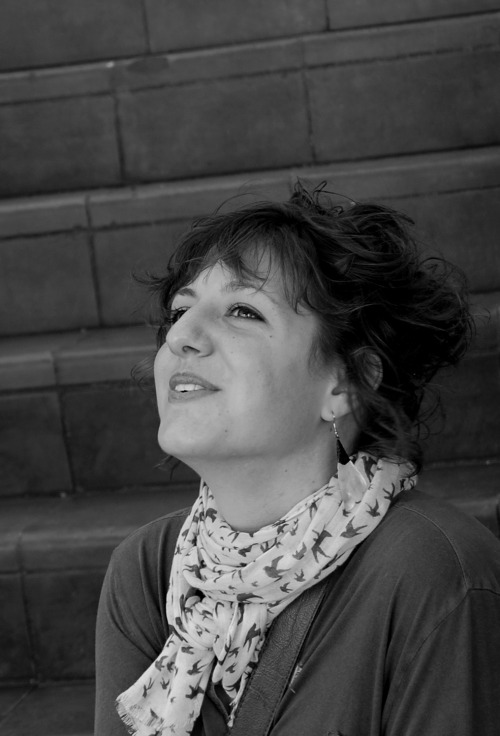 Holly Virginia Clark has been a finalist for the Ruth Lilly Poetry Fellowship, winner of a Dorothy Sargent Rosenberg Poetry Prize, and a Pushcart nominee. Her work has appeared in the North American Review, Redactions, The Sow’s Ear Poetry Review, Waccamaw, and elsewhere. Clark earned her MFA at Sarah Lawrence College. Clark is currently a Graduate Teaching Assistant in the PhD program in English Literature at the University of Cincinnati.