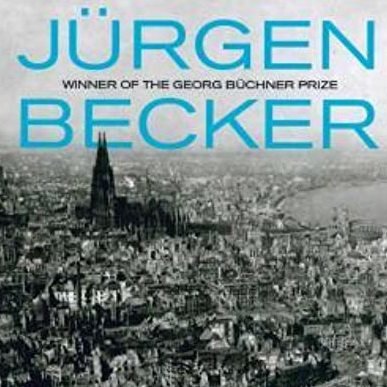 Selected and Translated by Okla Elliott.

There was a person I sat with on grant review panels who would get in a huff over translated works that sat before him. Always there was something wrong with a translation, something missing from a poem that a translator did not get.  And so for five years, no awards were given for a certain translation contest he presided over. After a letter to the foundation sponsoring the contest, awards for translations were given for the contest’s many tiers of prizes, yielding a range of writing I hadn’t realized existed in Korean. Translation fidelity matters, but it is sometimes expressed by the mechanical cohesion of the translation, as well as unity of voice and vision.

This is not to say fidelity is less important than how well a translation works as a poem. It is to say that when reading a collection of translated poems, singular elements of an author’s style, voice, structural practices, and themes—in short, how well a poem is translated in addition to how well a collection of poetry functions mimetically—are easier to evaluate. Blackbirds in September, a collection of poems by German writer Jürgen Becker, selected and translated by Okla Elliott, is an accomplished work, rendering Becker’s voice and aesthetic vision into fluid English.

Blackbirds, then other voices. It doesn’t stop

when it snows, when with the snow

a newness comes that is entirely essential this morning. Or how

do you see it? I see the pear tree and how it

(the pear tree) reacts to the wind (to the

wind). This morning, yet again,

the decision fell. War between magpies and crows, only this war,

no trappings, only this clear understanding.

Yet another voice, the next commentator; it’s all about

(yet again) the whole. Are you standing

in the garden? Then you know, tsk tsk, the blackbird

warned above all else, you know, I’ll say it yet

again, in war, in the snow, in the wind.

Becker emphasizes the need for clarification in the language: “I see the pear tree and how it/(the pear tree)…”; “it” obviously refers to the pear tree, so clarifying the reference turns “it” into an empty semantic gesture. The “it” is forced into a kind of hollow representational repetition, unlike the recurrence of “to the wind,” which has a rhythmic value.

“Once Again” (“Nochmals”), like many of the poems in Blackbirds, enacts the mind’s search for meaning: “Too much already betrayed. Immediately and later/an eternal searching, and mostly/what’s found: the false.” What’s mostly found is the false, suggesting the potential for the discovery of truth.

In these selected poems, there is no clear indication of what that truth might be, but there is a proposal—made through opposition—of a way to peace in “Soliloquy” (“Selbstgespräch”):

back and forth—that’s not how

Perhaps peace is found in the tranquil iteration of lulling syntax, as in the poem “Renaissance”:

Now observe the meadow, not

the photograph, the meadow.

The cat, no movement,

and no movement, the blackbird.

Rust-colored leaves below the fence.

Rust-colored leaves below the fence.

And twilight, and wild snow.

The quiet snow. In twilight,

Though there is a peacefulness in this language, maybe earned through repetition of imagery, there is far less doubt in subjectivity, and so a primacy seems to be given to objective reality—an important move beyond the representational failings of language. Doubt exists, but its outcomes are clearer. “Tell Me How You’re Doing” (“Sag mir, wie es dir geht”) defines it this way:

Sometimes to smell the nearness of water, or to see

the green sky. But these are just words;

not things or experiences.

Finally, language comes to fulfill its practical use of portraying empirical reality and experience. The last poem in the collection, “The Year 1932” (“Jahrgang 1932”)—1932 being the year Becker was born—offers, without any skepticism or hesitation:

in the sand, my head, a tower of consciousness;

tracks leading to the Zeitgeist; later

and blond, run and build in the muck.

I am grateful for Elliott’s choice in selecting this poem to end the collection, and for his skillful creation of these poems into English translation. Becker’s belief in reality, his faith in meaning, and his understanding that meaning can be communicated, has value, and originates in consciousness; are all affirmations of human life. These are ideas worthy of gratitude.