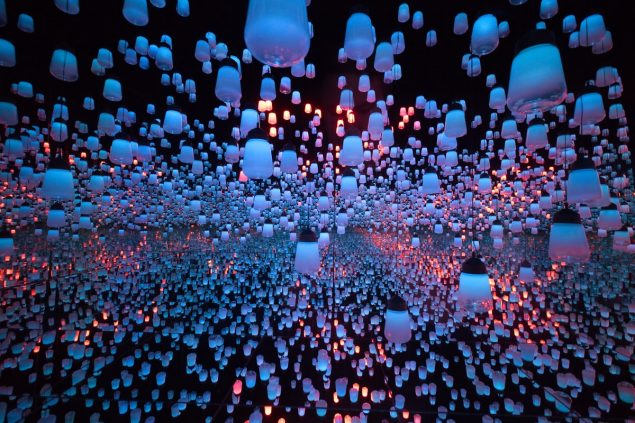 ~Inspired by a conversation with Michael Martone

Of all my internal struggles, one I really hate has to do with self-publishing. The true me, the one hiding deep down, has never understood why publishing your own work is seen as controversial, vain, worthy of mockery. The socialized me, the one I fight with regularly, buys into the idea that it’s not a legitimate option for “real” writers. I discovered this watercolor comic by Aidan Koch at my local library. www.aidankoch.com

I know real writers. In fact, I met one at a party last night. She’d just contracted to write a nonfiction piece for a major commercial magazine. She’s won a place in multiple top-tier literary magazines and she’s published a well-received and award-nominated book. She will soon begin work on her next novel. Sitting next to her, it was hard to think of myself as anything more than a poser.

I’ve been writing for decades. And I’ve seen results: I’ve been published many times as a journalist, and I’ve made a decent income as a freelance writer/editor for many years. But my creative work—my poetry, fiction, and personal essays—have yet to appear anywhere beyond a sidebar to an article I wrote about National Novel Writing Month and the website for the collaborative project I started, Spark. As a friend once asked my husband—can a person call herself a (creative) writer if she’s never been published?

I don’t suck as a writer, but I do suck as a submitter. I hate getting rejected. I can’t stand waiting months and months to hear back that my work didn’t make the cut. In fact, I decided a while back to just stop submitting altogether. Yeah, I know. No one’s going to come asking for stories they can publish, but I thought maybe from that point forward, I could just write and forget about ever landing an audience. Yet, I want people to read my work. Or, at least, I want my stories to find a life beyond a virtual folder on my laptop. The basic idea behind self-publishing is “You are allowed,” which runs counter to the gatekeeping philosophy, “Few are allowed.” It’s about here in my internal dialog that I ask why I didn’t start putting out my own work a decade ago. Why, instead, I kept showing up at mainstream literary events, trying to figure a way in. Isn’t there another path for people like me? Might self-publishing be that path? I have a set of five short-shorts that I’ve sent around as much as I can bear. Now I just want them out in the world. I’m not going to do more work on them; they are as done as they can be. Why not put them out as a chapbook?

Last year, I finally applied to the Comics Certificate Program at the Independent Publishing Resource Center (IPRC) in Portland, Oregon—something I’d thought about doing for a couple of years. As you might guess from the name of the Center, learning how to self-publish is built into the program, and that’s what has long intrigued me about it. Yet when I got accepted, I didn’t exactly shout it from the rooftops. I told my closest friends, of course, but I held back a bit from my acquaintances and colleagues. For one, I was moving across the country to study a new form, which felt risky. But I was nervous, too, about how the DIY bit would be received. Publication buys legitimacy. We probably all agree with that. But to some people I know, publishing your own work is worse than never publishing at all.

Soon after arriving in Portland, I walked into my neighborhood library to get a card. It’s a smallish branch, but next to the computer bank, in a prominent display, sat three shelves of zines and independent comics crammed into plastic bins—a forceful testimonial to the DIY culture of the city. In the bins I saw production values of all sorts. Some of the publications were simply photocopied and stapled pamphlets. One was a single story, printed as a palm-sized booklet. Another was literally a piece of paper, 11 x 17 inches and folded into fourths, that opened into one of the most gorgeous, ethereal watercolors I’ve ever seen. It turned out to be a comic.

My first months in Portland, I checked out dozens of these publications. Anything that grabbed my attention—a nice cover, an interesting title—came home with me. As I met more people here, I started noticing their names in those bins. I took home their work, most of it self-published, and devoured their words and images. This is stuff I’d never have been exposed to if the creators hadn’t put it out themselves. Much of it is excellent, as good as anything I’ve read or seen. Some is mediocre, to be sure, but don’t tell me you’ve never read a mediocre book put out by a New York publisher. Potential cover for my chapbook.

Let’s say I publish my chapbook of short-shorts, and let’s say it sucks. So what? Does my shitty self-published book negate the value of all self-published work? Does shitty work put out by big-name publishers, backed by significant marketing dollars, negate the value of all literature? No. When a publisher puts out a bad book, it might get bad reviews, but those reviews focus on the work in question. When someone self-publishes a bad book, a diatribe ensues about the whole of self-publishing—oh these vanity presses! Somehow this bad self-published book (or zine or set of poems or whatever) stands as proof that self-publishing as a whole is somehow wrong, vain, insert your own negative adjective here.

In the world of independent comics, self-publishing isn’t even a debate. You draw; you create a story; you photocopy it, staple it together, and carry it with you to conventions. Maybe you sell it on Etsy or on consignment at a local shop. Or you trade it with your cartoonist friends. It’s just the way it is. The IPRC might hold the key to everything—for me and you.

Why can’t poets and prose writers do the same? Well, some people are doing that, and hurrah for them! But why aren’t we all showing up at AWP with photocopied stories, folded and stapled into book form, so we can trade with one another? Hell, I know writers who are still afraid to send Word files over the Internet because someone might steal their work.

Things are changing; I know it. It’s just happening so slowly. Places like the IPRC help, but shouldn’t there be one in every U.S. city? Socialized Amy sees all of this as a puzzle she’d like to solve. What are legitimate pathways to a creative writing career? What are alternative ways to get a seat at the table? True Amy is ready to stop thinking about why or whether to self-publish and instead just freaking do it.Sports brands | UK Trainer News & Releases