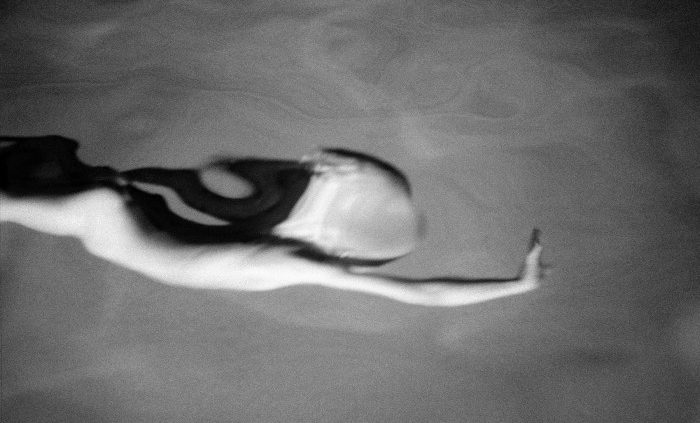 I don’t know where to start.  Far before the moon pulled the tide
to your chin.  Before your groin became a grotto.  Before the brine
washed away the haloes your feet squeeze into the sand.  I don’t
believe in the alchemy of eels and their mud.

It started before you felt their slither.

I know where this ends.  With lungs shortening and sinuses burning
like searadish.  You tread and estimate how much longer you can stand.
I know the sound of the ocean’s throat. I carry its homunculus in my ear.
The sea’s words won’t heal you.

Neither will the earth.  Though you press your heel on the folded
edge of a spade and kick the ashes to reveal an ember.  It glows–
a window you stand outside of.  The ground does not move.  You
visit the same stone.  Eat a meal of lavender seeds, but it will pass.

You think the horizon’s distant line is not crossed.  It slides, like
a floater on your eye.  It flees your direct gaze.  Like the moon,
it moves with you as you drive the switchbacks to Grizzly Peak.
You don’t think you’re in it.

You need distance for each wet piece of dust to appear as fog.

Stop.  Pushing the sky to the edges.  You know where the sea starts.
Where your land ends.  The sky starts there, too.  I’ve got my fingers
on your head.  In the air is where you live.  The sea loves only its own.
The earth knows only the print of your stride.

The sky is closer than the chill on your wet finger.
It suddenly touches you, enters you.  The sky starts
somewhere near the rough spot on the bottom of your heel. 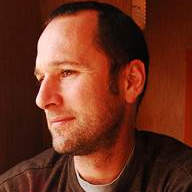 David Cooke is a member of The Guttery, a writing group in Portland, Oregon. His poems have earned awards from Flatmancrooked, Americymru’s Night of the Living Bards, and a Pushcart nomination. “Meat Puppet” owes a debt of inspiration to Bob Hicok’s poem “Stop-loss” and the Huffington Post “Beyond the Battlefield” series profiling the new generation of disabled vets.