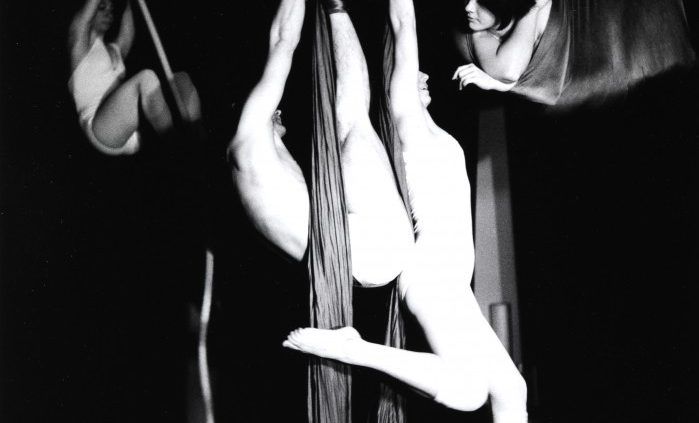 There was a smash. There was an explosion. There was foam and confusion. The imagination had dashed itself against something hard.    –Virginia Woolf

In post-Artemis posture, with red thigh-highs,
spangled bustier, lasso of truth and unbreakable

tiara, Wonder Woman was invented by Moulton
Marston after the systolic blood-pressure test,

progenitor to the polygraph. Catch a liar
by the tale, hooked by chest to convolute

rubber tubes, metal plates on fingers to record
the production of sweat glands. It’s a mainstay

lasso can compel anyone in its orbit to speak
the truth, else to obey the will of the wielder.

“Under no possible condition,” Marston wrote,
“can true submission be unpleasant.” Giving in

is not verisimilitude, yet that which is scientific
by its very nature can be proven false. Take

the particles of light that beamed Lynda Carter
into my childhood family room, where I laid,

hips jammed into a throw pillow to watch her
twirl, glasses off, arms outstretched, to emerge

from a thunderclap of light, ready to fight Nazis.
Perhaps corpuscles emitted by luminous bodies,

perhaps waveform resounding in the ether,
else born of some admixture, each new theory

falsification, thus making it even truer.
According to released FBI files, Marston lied

about the effectiveness of lie detector tests
in order to shill for Gillette razors, measuring

where coeds would tie each other up. Research
that proved he found Jung’s anima in himself,

a primordial, Amazonian, inborn nature
that needed to be lovingly bound and spanked

therapeutically. He was a woman who bore
the fib of masculinity, all the more male

for surrendering helplessly to her dictation.
Years after his death, Gloria Steinem would

boot-kicks, founding member of the Justice
League, on the very first cover of Ms. Magazine.

A fantasy turned feminist-icon. “The truth
will set you free,” Steinem said in speeches,

“but first, it will piss you off.” Taken literally,
polygraph means many writings, not the law

of the father, but l’écriture feminine gravid
inside each mother tongue, a dark pool where

the largest fish slumber, a clitoral, uterine
text that resists both status quo and over-

determination. Like a lasso that reveals truth
to be no more than a closed system of Lies. 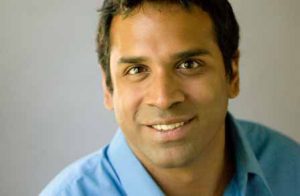 Ravi Shankar grew up in Virginia, earning a BA from the University of Virginia and an MFA from Columbia University. His collections of poetry include INSTRUMENTALITY (2004), a finalist for the 2005 Connecticut Book Awards; the collaborative chapbook WANTON TEXTILES (2006), with Reb Livingston; and DEEPENING GROOVE (2011), winner of the National Poetry Review Prize.