Blog - Latest News
You are here: Home / Everyday Chimeras / How to Have a Two-Night Stand 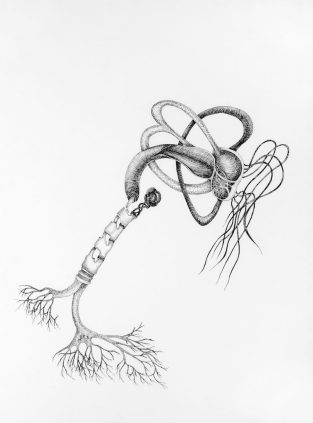 You will remember how he moved
toward you, hazard-handed, uttering
your language—that pidgin
of the partially recovered self.
And you still won’t have learned,
although you know the story well,
won’t ever catch the flown bird
of your breath, remembering how,

still keen, still cold as a machine,
Lust polished off your beer,
relit your cigarette, said,
I can tell you’re dead inside. Said,
What’s a heart if not something
to cut out a fruit and eat whole? 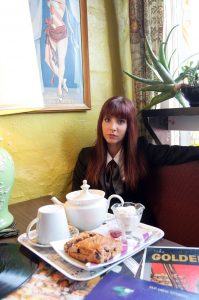 Andrea Rogers is a musician and postdoctoral fellow at Georgia Tech, where she teaches writing. She is the recipient of the 2015 Agnes Scott Writers’ Festival Poetry Prize, judged by Tracy K.Smith, and two Academy of American Poets awards. Her poems appear or are forthcoming in The Adirondack Review, District Lit, and anthologies by Black Lawrence Press, Negative Capability, and Red Paint Hill. She and her band, Night Driving in Small Towns, have been featured by Rolling Stone and NPR.

What the Seashell Said by
Patti Richards