Blog - Latest News
You are here: Home / Interviews / The Ins and Outs of Freelancing: An Interview with Michelle Fabio 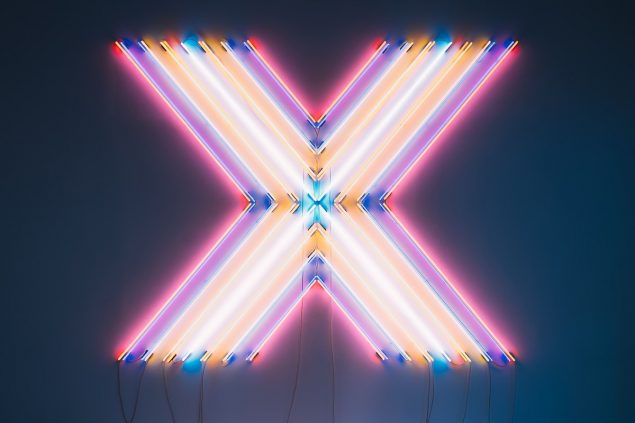 Michelle Fabio and I had been friends online for several years before my wife and I spent part of our honeymoon in the southern Italian village where she lives. A fellow Italian-American from Pennsylvania, Michelle writes a blog, Bleeding Espresso, that I’d followed assiduously since deciding to get my dual Italian citizenship in the early 2000s (and that was named the Best Living in Italy Blog by Italy Magazine in 2016). She’s a Duke and Temple Law grad who’s been a writer for LegalZoom since emigrating. She was the About.com Guide to Law School, and has been a freelance writer ever since.

We chatted on WhatsApp about writing, the expat life, and balancing a freelance career with raising a precocious tri-lingual (English, standard Italian, and Calabrian dialect) four-year-old.

Paul Daniel Ash: When did you first know you wanted to be a writer?

Michelle Fabio: It’s trite, but I’ve wanted to write as long as I can remember. I was one of those kids who wrote short stories for fun and just loved to sit in the library and soak in the atmosphere.

PDA: Did being an expat influence your decision to freelance full-time?

MF: It actually worked in the reverse for me. I had always wanted to freelance, but lower middle class/poor kids from Podunk who do really well in school are supposed to be doctors and lawyers, not freelance writers. So, I did the whole traditional education route (college immediately followed by law school, 20 straight years of school that started when I was 4). Then the opportunity arose to move abroad at the end of my two-year judicial clerkship as I would have to find a new job anyway. Yes, I absolutely wanted to live abroad in my ancestors’ village, but a huge draw was also that I could shed the societal pressure to do what was expected and pursue freelancing without anyone watching, so to speak. At the age of 25, I felt like it was a now or never kind of thing. I chose now (then). And here I still am, fifteen years later.

PDA: What is your writing process like? Has being a mother affected how, where, when you write?

MF: Since having a kid at home, this has changed quite a bit — now I just use whatever time I can find and adjust what I can do, the mental process I have available. A lot of times, for instance, I will go through and gather all the research for an article while the kid is playing on her own with an activity that I know will still require occasional participation from me, even if it’s just to tell her how I love the colors she’s chose or whatever. It’s easy to Google, scan text, and copy, and paste into a Scrivener project even if I’m half paying attention to what she’s doing. I try to save actual writing for when I know I will have fewer interruptions. Brainstorming is pretty much all the time — yay for always having a phone nearby that I can speak or tap words into.

PDA: So, a lot of mom-ti-tasking, you’re saying.

MF: Yeah. It’s bath-time right now, actually, so I may be a little slow in responding for a bit but I’m still here.

MF: Wanna guess what else I’m doing right now with her?

PDA: Yeah, so… tell us about marketing. Do you do more or less or about the same marketing as when you began?

MF: Marketing…hmm…I guess my blogging was a big part of marketing in the olden days, and that has basically fallen off a cliff, so that has changed. I think it’s important to have a website, an online presence with a portfolio (Contently is my current favorite), but aside from that, I don’t do much at all.  The other day there was a pitchfest kind of thing on Twitter for agents/publishers – you tweet about your manuscript with the hashtag #adpit and they Like your tweet if they want to hear more.

PDA: Oooh, what was your pitch?

PDA: Cool! Did you get any Likes?

MF: I got two agent bites that are probably meh, but still interesting nonetheless.

PDA: Nice. Wait: “Olive You Not” is your title?

MF: Update, kid’s conditioner is soaking in so I have some more time now.

PDA: Haha, great. how much creative versus purely mercenary writing would you say you do and how much do you wish you could do? MF: Last November (NaNoWriMo) I basically cleared off the mercenary calendar to work on my book. That went well and continued for a bit into the new year . . . then of course the funds got awfully low so now I’m back to wishing I had far more time to work on my creative projects. The feast/famine nature of freelancing actually isn’t so bad in this respect if you can discipline yourself to fill the famine with personal projects, but we all need mental breaks, too, so it’s a tough balance to achieve.

PDA: What advice would you have for a starting writer with regard to establishing oneself in the field, finding opportunities and so forth?

MF: My best advice is to find your niche. I am extremely lucky to have the law to fall back on as my niche. Even if it’s not always what I want to be writing, it has definitely kept me afloat as a freelancer. I’m not naturally a networker–even online–but it’s still the best way to fill up your freelancing calendar. Letting your connections know what you’re looking for can bring many opportunities you never would have found on your own. Writing groups, especially on Facebook, can be extraordinarily helpful too.

PDA: Is there such a thing as momentum or are you basically Sisyphus pushing that stone up the hill on the regular?

MF: There is such a thing as momentum. Life as a freelancer has definitely gotten easier for me as the years rolled on, but I also change tracks every few years to keep things interesting–like when I cut back freelancing to be the managing editor of an independent press for a few years. The most recent example: I had never been a freelancer who pitched a bunch of articles constantly to various publications, but I became inspired to finally do that late this past summer. That type of freelancing career had actually always been my concept of what I had wanted to be doing, and I finally realized, hey, you have to actually do that if you want to do that. So, I focused on that in September and landed two regular gigs (one ghostwriting legal website content and another as a Forbes contributor) and several assignments in the types of publications I had been wanting to get into but just hadn’t tried (Frommer’s, Fodor’s, Broadly). It was a great month and has inspired me to aim higher. While there’s momentum, there’s also something to be said for creating your own momentum, too.

PDA: From your lofty professional peak: do you have any advice to the unpublished writer?

MF: Hmm… it’s so cliché but writing what you know (and writing often) is really the best way to gain confidence. And embrace your voice! I had started several novels, and they kept seeming to steer to a particular genre, more mainstream fiction. But I kind of subconsciously fought it because that isn’t necessarily what I WANTED to write. But I have landed on a cozy mystery series, and maybe I just need to get these out to move on or maybe this is my thing, I don’t know yet, but all I can do is move through it, work with it and not fight against it. And it’s going so much better this way.

MF: I wonder if the kid’s a prune yet

PDA: Haha, maybe you should. Thank you for taking the time!