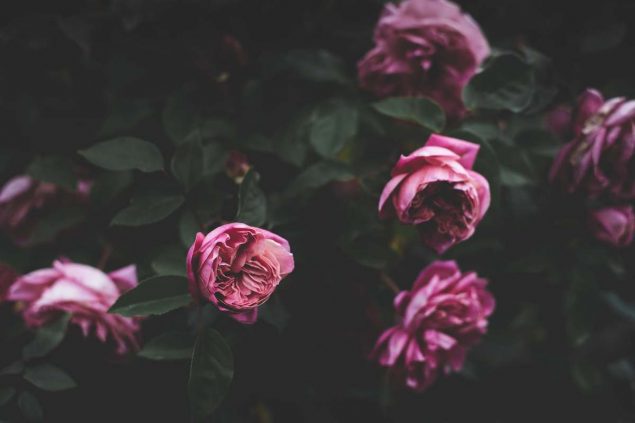 As assistant fiction editor at Hunger Mountain I read a lot of fiction submissions, and sometimes writers ask what I’m looking for in a piece of fiction. The simple answer is that I’m looking to fall in love. We all feel this way, all the HM editors: we love to fall in love with your stories. We love stories with white-hot chemistry that take our breath away from the first line. So too do we love the slow seduction of a story that unfolds gradually, or a story that befriends us before blossoming into reader romance—all the varieties of love.

But at what moment in the reading experience do we lose our hearts? There is this (correct) notion that the world is speeding up of late, that we no longer have the attention spans to wait for a story to get going. But even decades ago, Elia Kazan, award-winning director and novelist, said that film audiences gave him seven minutes to capture their interest. If they weren’t intrigued within those first crucial minutes, the film was a disappointment to them no matter what came after and they would not be telling the world, “You’ve got to see this movie.”

Seven minutes may not seem like much, but the bad news is that a bookstore browser or digital book-surfer gives your life’s work, your paper/digital baby, but a fraction of that time to capture her heart. In his book, Stein on Writing, Sol Stein, master editor, best-selling author, and writing instructor, tells of a study of book store browsers. The cover art or title may have flirted with them, the jacket copy offered to buy them a drink, but before they said “yes” to the book’s overture, the conversation had to go well when they turned to page one. No browser went beyond page three before taking a book to the cashier or putting it down.

So important are those early pages in seducing an agent or editor to fall in love, literary agent Noah Lukeman wrote a best-selling book specifically on opening well called, The First Five Pages. Lukeman saw a lot of manuscripts cross his desk that didn’t grab him from the start. The longer he was in the business, the more clear it became that the busy editor wasn’t going to look beyond the first pages to decide whether to pass on a book, so the books he chose to represent needed to grab the reader in those first few pages. Lukeman’s book alerts good writers that revving the engine before the race doesn’t get a book across the reader’s finish line.

To help you, lovely writers, cross that line, Hunger Mountain asked agents and editors to share their insights into what draws them into a story, and why. We think you’ll be as delighted as we were with the generosity and insight of their comments. Here’s what they had to say:

It takes hold of you in a particular way. The first sentence of a story does not need to surprise you, though this can be used to powerful effect (Gregor Samsa did what?). In fact, it can be surprisingly ordinary in what it expresses and yet still work brilliantly. All it has to do—as if this were at all easy, which it is decidedly not—is suggest a world and a voice. There is implication, the sense that whatever that first sentence tells you will lead to another one, must lead to another one. And there is perspective, the words chosen or arranged in such a way as to betray individuality, whether the story is in first-, second-, or third-person. The sentence needs to sound as if there is only one person, one consciousness in which it could have originated. To illustrate, I’ve chosen an opening sentence, not quite but almost at random, from a master, Donald Barthelme. This is how “The Great Hug” begins: “At the last breakfast after I told her, we had steak and eggs.” There is nothing fancy here, yet you’re already leaping ahead: What was she told? What was the relationship between her and the narrator and how is it different now that she has been told? How much time has passed between the telling and the breakfast? The specificity of steak and eggs is the coup de grâce. Amid all these questions prompted by the first clause is something so easily pictured. Is it significant? If so, how? You want to know, but it doesn’t matter because the essential function of the steak and eggs is to ground these characters in a world you recognize. They become real. Once they’re real, you care. Once you care, the story has you where it wants you.”

I was just talking about beginnings with the poet Aimee Nezhukumatathil, and she has a wonderful metaphor that goes beyond the old saw about openings “hooking” the reader: as she describes it, the opening should hook, but it can do anything from gouging to just slipping with a little tug under the skin. By the end of the piece, whatever hook has been inserted should be removed, and it should hurt, whether that means a sharp or wistful or satisfying feeling.

I’d add that, for me personally as a reader and editor of fiction, there are many ways for a beginning to accomplish that, and I don’t necessarily need verbal pyrotechnics or fiery car crashes. But those two things are broad examples of two types of openings I do tend to enjoy: openings that promise a plot or setting that feel fresh, strange or exciting to me; and openings that grab me with the surety or surprise of the voice. A story we recently accepted at The Kenyon Review, Gabriel Urza’s “Last Indian Massacre,” starts like this: “The trial is thirty years in the past, and the only reason people still talk about the white girl Lana Thomas and my brother Danny is because of the business with the livestock.” There’s a classic mystery there (a trial!) and I’m immediately curious about Lana, Danny, and the convergent “business with the livestock.”

Another recently accepted story, “Kink” by Chris Drangle, opened in a way that frankly had me worried—a troubled character beginning a journal on the advice of his therapist. I’d seen that done badly too many times to be optimistic. But the first-person voice in “Kink” is very funny, sure-footed, and highly individual. The voice carried me long enough for the story to reveal itself to be a fresh take on the journal form, with a vivid, biting character that I loved.

I can say that as a general rule, I favor stories that draw me in in the very first line, by presenting such a compelling character, or riveting situation, or striking observation, that I can’t help but keep reading.

Ammi-Joan Paquette of the Erin Murphy Literary Agency underscores how your story’s opening teaches your reader what kind of book they’ve picked up:

In an ideal world, for me, the first sentences of a book will subtly set the tone for what we are to expect for the rest of our reading. One example of this is Joshua McCune’s forthcoming TALKER 25, whose first sentence in an online post hooked me and made me write him to ask for more details: “When Trish called and begged me to go dragon hunting, I should have trusted my instincts. Now I’m stuck in a car with her and a pair of wannabe farmboys whose idea of Friday night fun is sneaking onto the rez to get their pictures taken next to Old Man Blue.” From this opener we can tell right away we’re in a world very much like our own—but with one big twist (dragons!). We get a sense of the narrator’s voice and tone, and I think get a pretty good idea of the action-packed, voice-driven read we are in for.

On a completely different side of the spectrum is Jennifer A. Nielsen’s ELLIOT AND THE GOBLIN WAR, which begins: “When he was eight years old, Elliot Penster started an inter-species war. Don’t blame him. As anyone who has ever started an inter-species war will tell you, it’s not that difficult to do.” Once again, right away we can tell what kind of story we’re diving into: in this case, a middle-grade romp packed with action and tongue-in-cheek humor.

I see tons of identical openings: characters eating breakfast; car crashes where kids lose their parents; teens on airplanes, usually travelling unwillingly to new states/countries. Beginnings don’t literally need to be beginnings! The point being, do something a little fresh and unexpected. Enter the action at a surprising moment, juxtapose ideas—or say something simple but arresting. “I had a farm in Africa at the foot of the Ngong Hills.” Wham, I’m there. Erica Scheidt conveys a whole world in opening USES FOR BOYS: “In the happy times, in the tell-me-again times, when I’m seven and there are no stepbrothers and it’s before the stepfathers, my mom lets me sleep in her bed.” Three lines and I knew I wanted to rep this novel because my heart was grabbed.

An opening line is a tricky thing. It has to hook your reader, but it shouldn’t try too hard to do so. Ultimately, it needs to fit the tone and style and voice of your story. My favorite opening line, to this day, is from CHAINED by Lynne Kelly: “The flood left, but the fever stayed.” That one line sets up the story perfectly. In fact, it could be a micro-story all unto its own! It had me hooked. So I read on, signed it, sold it. A good first line can make a difference.

A great opening should grab the reader’s attention. It might be shocking, a moment of high tension, or it might hook us in by juxtaposing apparently contradictory ideas. Libba Bray’s GOING BOVINE opens, “The best day of my life happened when I was five and I almost died at Disney World.” How could the best day of your life be the day you almost died, and how could that happen at Disney World, of all places? The puzzle seizes our interest, and compels us to keep reading.

One of the most common mistakes I see authors making is not really thinking enough about the best place to enter the narrative of their story. Taking your reader through the threshold and into the world of your book is the most perilous stage of the storytelling process. I always tell my clients to step very carefully at this point, with eyes wide open. Should your story begin here or a day later? An hour later? A minute later? Every decision you make here will influence what follows. The reader, meanwhile, is a little bit like a swimmer on the edge of a pool. There’s always some reluctance on the reader’s part to dive in and begin a new book by a new author—will they like it? Should they be reading this book or another one? So the author is in a dangerous position here on the first page of their story. They must find a way to seduce the reader in. “Come on! The water’s fine! I have an amazing story to tell you.” It’s worth really taking your time with the beginning of your fiction piece—experiment with your opening scenes. Try it in different points-of-view, different tenses. Start later or earlier in the scene, or start in an entirely different one. Remember, you’ve only got one shot at getting the reader through the door. It’s easy for them to take a peek through the doorway and then decide to turn around and leave.

Read 7 Ways to Seduce Your Reader by Q Lindsey Barrett.

7 Ways to Seduce Your Reader
Scroll to top