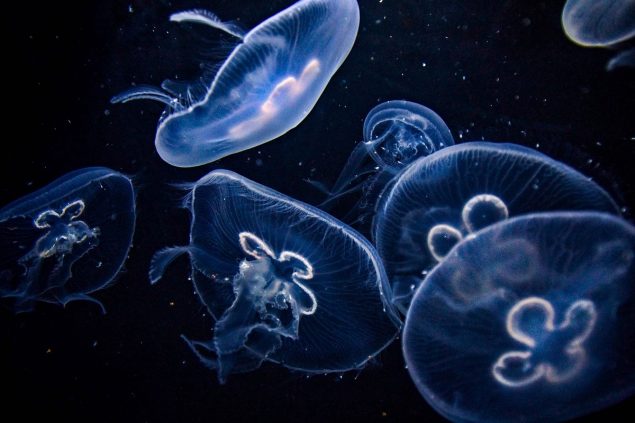 I’ve found that many contemporary lyric poems—though certainly not all—make interwoven use of three distinct elements: image, narrative, and rhetoric. Sometimes I think of the interaction between and amongst these elements as representing a sine wave or sinusoid. A sine wave looks like a regularized horizon of hills and valleys: first a hill, then a valley, then another hill, then another valley.

In the poetic sine wave, the “peaks” of the hills correspond to moments of lyric intensity or condensation, such as those orchestrated by a compound image, a metaphor, or sustained sonic density. The “troughs” of the sine wave’s valleys, and thus of the poem, are those rhetorical elements in the piece that incorporate prosaic diction and syntax and abstract reasoning. These troughs are easier for the reader to digest because they are sonically, syntactically, and content-wise more familiar. Finally, the forward motion and constant curving of the sine wave itself—which brings the reader to and past each peak and trough—is the poem’s propulsive internal structure, which may, but need not be, narrative in nature, or perhaps predicated upon the speaker’s unique diction. In some instances, the curve will be a “conceit,” a sort of skeletal thematic or structural presumption the language of the poem winds itself around.

I sometimes find it tempting to write a poem that is entirely comprised of one sinusoid peak after another. But I know that in such poems the reader often has no time to come up for air. I also know that it can be problematic to elide peaks and troughs altogether, as that runs the risk of over-emphasizing idiosyncratic diction, or a meandering self-narrative, or a conceit that conjoins a series of fey, neo-surrealistic visualizations without the sort of lyric intensity we usually associate with image and metaphor. And certainly there’s always the temptation to eschew rhetoric altogether, believing—wrongly, I feel—that in a postmodern world it is not for poets or poetry to address the Great Themes or admit into verse the possibility of absolute truth or natural law.

In my poem “Ruin,” from my second collection, Northerners, I tried to balance the three elements mentioned above:

I see a similar sort of effort underway in Matt Guenette’s American Busboy, particularly in the excellent poem “Dog Days” (available in an earlier version here), inasmuch as I detect there, too, a careful balance between:

“Ruin” and “Dog Days” are undoubtedly slightly different, but the general shape of a sinusoid is present in both poems.

On Rhythm: In Sentences
Scroll to top