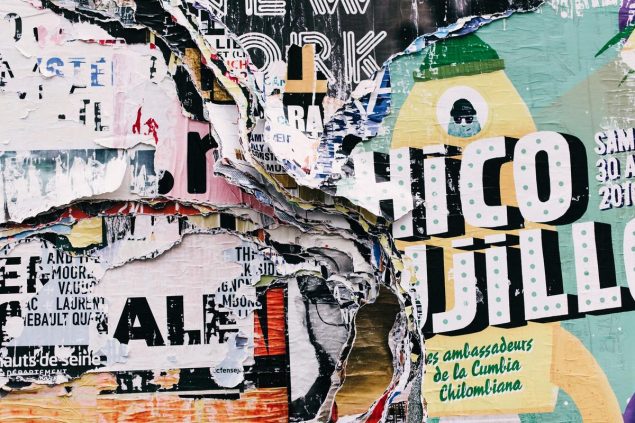 Toshiko lived in a small village in Japan where the rice grew in rows as straight as chopsticks. Every day on her way to the rice paddies, Toshiko greeted the stray cats and scratched their backs.

Late one Monday afternoon, the sky grew black with feathers. A gigantic flock of birds swooped down and pecked at the rice.

“Papa-san, what kind of birds are eating our rice?” asked Toshiko.

“I do not know, Little One,” answered Father. “But we must stop them, or all the villagers will starve. Tomorrow we must chase them away with kakashis, scarecrows.”

On Tuesday, Father, Toshiko, and the villagers marched to the rice paddies. The cats crouched in the shadows.

The villagers carried bamboo poles hung with rags, fish bones, and meat. They hammered the poles into the ground and set them on fire. Smelly smoke swirled in the air.

The cats growled and scurried away.

But the birds stayed and ate.

“It didn’t work, Papa-san,” said Toshiko. “The birds must think it smells like koh, incense.”

That evening at mealtime, Toshiko’s rice bowl was not filled to the rim.

On Wednesday, Father, Toshiko, and the villagers plodded to the rice paddies carrying drums. The cats huddled nearby.

The villagers placed the drums on either side of the paddies and beat them.

The cats yowled and their tails bristled.

All day long the villagers banged the drums.

But the birds stayed and ate and ate.

“Oh no, Papa-san. The drums didn’t work either,” said Toshiko.

“Hai, my daughter, these birds like the thunder of the drums,” said Father. “We must try again tomorrow.”

“Papa-san, I have an idea,” said Toshiko, watching the cats chase a dragonfly.

“No, Little One, the problem is too big,” said Father. “And you are too small.”

That evening, Toshiko’s rice bowl was only half full.

And so was her stomach.

On Thursday, Father, Toshiko, and the villagers trudged to the rice paddies. The cats straggled behind. The villagers carried bamboo poles topped with fierce cloth dragons. They pounded the poles into the ground.

The dragons snapped from side to side in the wind.

The cats arched their backs and hissed.

“Hai, my daughter, these birds have made friends of the dragons,” said Father.

“What will our village do now?” asked Toshiko.

“I do not know,” said Father. “If we cannot stop these birds, we will have nothing to eat and nothing to trade for fish or firewood.”

That evening, Toshiko’s rice bowl held only enough to fill a teacup.

“Papa-san, I can stop these birds from feasting,” said Toshiko.

“Little One, what can you do?” asked Father.

“I have an idea,” answered Toshiko.

On Friday morning, every family carried a narrow wooden plank to the paddies. Toshiko showed them how to lay the planks between the rows of rice. Then she scattered scraps of fish on the wood. Toshiko grabbed the smelliest chunk.

“Wait here,” she said to the villagers, and darted down the road.

After a short while Toshiko reappeared with the stray cats. She walked backwards into the paddies, dangling the stinky fish in front of the cats. They followed her onto the planks and gobbled up the fish pieces. The startled birds screeched and took flight.

After eating, the cats strolled away and the birds returned.

Over the next two days, Toshiko fed the cats at different times. Each time, the cats scared away the birds. But when the cats disappeared, the birds returned.

On Monday morning, the cats waited for her.

“Ohayō gozaimasu, good morning,” said Toshiko, feeding the cats. “Today you must stay in the paddies all day and keep the birds away.”

At the end of the day, Father and Toshiko checked the rice paddies. Toshiko saw only contented cats on the planks, and a few black feathers.

“Papa-san, there are no birds!”

“Hai, my daughter, your cats have saved our village,” said Father. “You may be small, but your ideas are big. Domo arigatō gozaimasu, thank you very much.”

Father bowed to Toshiko and to her paddy cats.

That evening, while the village celebrated, Toshiko filled two bowls of rice to the brim. A small bowl for herself, and a big one for her paddy cats.

For more than 2,000 years, rice has been an important part of Japanese culture. Not only used as a food source, for centuries rice was used as currency for paying taxes and high-ranking government workers, and as an indicator of one’s wealth.

Rice is such a staple of the Japanese diet that the word for meal and cooked rice are the same, gohan. The Japanese added a prefix to gohan to indicate their daily meals: breakfast, asa-gohan; lunch, hiru-gohan; and dinner, ban-gohan.

The most common way to grow rice is in water. It is cultivated by first soaking rice seeds in water and planting them in seedbeds. While the seeds are growing, the farmers plow the paddy to prepare the soil. After the seeds have germinated (sprouted), the seedlings are transferred from the seedbeds to the water-filled paddy. They are planted about two inches apart in neat rows by a machine or by hand. The plantings take place anywhere from the end of April to late June, depending on the region. The rice is harvested in the fall.

As with most crops, the farmers must deal with pests and predators. For centuries, the Japanese used scarecrows to frighten away birds in the rice paddies. The first type of scarecrow consisted of bamboo poles hung with rags, fish bones, and meat. The farmers would light them on fire and the smell would drive away birds and other animals. Because the smell was so bad, they called them kakashi, which means something stinky. Eventually, the farmers made scarecrows in the image of people, using reeds and placing straw hats on their heads. Sometimes farmers added bows and arrows to make the scarecrows appear more fierce. Even though they didn’t set these scarecrows on fire and the reeds didn’t stink, they kept the same name.

Anglerfish: the Black Devil of the Deep
by E. M. Alexander

In the Middle of the Night
by Catey Miller