Blog - Latest News
You are here: Home / Craft / When Prose Turns to Horses, Remember the Humans 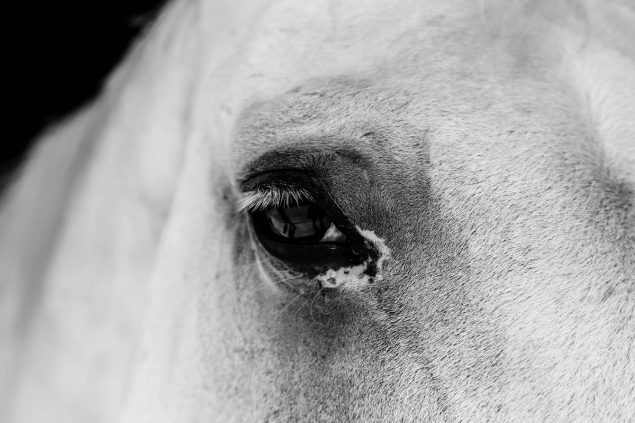 Since I was 15, I have been publishing articles, essays, and nonfiction narratives about horses – or, more precisely, about horses and the humans they interact with, depend upon, perform with, live among, are trained by and cared for. Never – even when I wrote about the spontaneous, unexpected delivery of rare twin foals on a remote and rugged Central New York farm – is it a story about only equines. This interesting arrangement of horses and humans intimately intertwined, makes a demand of the writer who seeks to include horses in literature.

Perhaps it is the same when writing of dogs, or cats, or other animals who step into a show ring with their human handlers. But in no other situation are humans so integral – in dozens of sports and recreational pursuits, the only acceptably entry is a horse and human pairing. Horse racing, horse shows, rodeo, Pony Club, three-day event and dressage, endurance riding: they only exist when a human is mounted upon, or walking beside a ho As a writer, this both expands the possibilities for narrative, reporting, lyricism, and metaphor, and makes a demand. We are forced to consider when one part of the partnership ends, the other begins; where the two overlap; what each brings and takes from the interaction; how to understand the horse as not separate from the humans surrounding it.

I spent ten years as an equestrian journalist, earning a living (sometimes full time, sometimes supplemental) writing about equestrian sports and the athletic duos that dominate them. Mostly, this involved the English-style horse show circuit and competitions – jumpers (from amateur up to Olympic and international caliber), hunters, dressage, three-day eventing, equitation horses, endurance, and racing. But, occasionally, I also wrote about breeding, stable and show management, and equine health and veterinary care.

I was a horse owner, rider, and show ring competitor while writing about horses, so my stance was always one of partnership. Any horse I observed and made notes about, any horse for which I gathered stats and records, or any horse I got close to so as to describe him or her, was always seen in context of its human counterparts.

Who “owns” this horse? Who trains her? Who rides him? Who cares for this horse – feeding and cleaning its stall, exercising and grooming it, noticing when he’s a bit lame, or if she’s off her feed?

Often, I’d remark how lucky this horse was to have such a caring lot worrying, doing, and doting over him. Thankfully, less often, I’d make a silent note about how I’d love to, if only I could, do something about the callous, uncaring louts who seemed to treat the horses entrusted to their care as bricks, or worse, as cash machines in need only of occasional oiling. On the “A” level horse show circuit where, even in the 1980s, top jumpers were bought and sold for the high six figures, one of the most reassuring relationships I witnessed was between these high-priced performers and their minimum-wage earning grooms. The grooms were often illegal Mexicans who ran for cover when, in Southern California, the show announcer intoned the code: “Adam Jones please report to the office.”

A fiery Thoroughbred ex-racehorse could be snorting, galloping might in the ring, but transform, once handed by the professional rider to his groom, into a cuddly, frolicking pony. This transformation may take place during the quarter-mile walk back to the stabling area, under the practiced hand of his groom, stroking his face, rubbing his flank, whispering loving praise into his ears. I’d watch as the horse’s strident, jerky vertical stance relaxed, his head dropping, and the two walked along in the most visible amiable companionship.

My advice to those who want to write about modern horses at work or play in America: find them with their caretakers. The ones who love them whether they’ve had the fastest jump-off round that day, or if they spooked at the stray plastic bag at the side of the ring, tossing a rider on his duff. That is when you will see the real horse, the one who knows he’s safe and seems to understand when nothing is expected of her except that she exist.

Horses can be celebrities in the rarefied environs of top-level competition. High-achieving trainers and riders can be celebrities in that world, too. Sometimes, they match up. Many times, I’d glimpse an Olympic medalist rider rubbing down their horse’s forelegs in the quiet early morning after a strenuous workout, talking quietly to their mount, with nowhere more important to be at the moment.

Often I’d arrive earlier than expected for an interview appointment, as I wanted to see what was happening when the reporter wasn’t there. I’d observe a rider or trainer for days or weeks before even letting him or her know a magazine cover story was brewing. I’d ask around, talking to farriers, show ring judges, former students or trainers or grooms, trying to get a bead on what transpired between rider and mount. I wanted to see if there was a real relationship between human and equine, or if, as was sometimes the case, the name brand human equestrian star breezed in at the last moment, barked at the groom, barely acknowledged the horse at all before going about what was clearly only the business, and not the partnership, of the day’s work.

Nobody wants to have to write about a churlish, egomaniacal trainer or rider who treats his or her horses like baggage. I wrote for the sake of the four-legged animals. Usually, I found myself looking for a fresh angle on the story. Instead of focusing narrowly on Joe Schmoe, the ace rider, and Buddy, his constant champion jumper, I’d tilt the lens to the unique relationship between Buddy and the night watchman at his stable who sang the blues that kept Buddy calm.

Love was what I was looking for, always.

Even when writing about a shoestring horse orphanage that cared for the neglected horses, the main story was about the bond between caregiver and scared, sacred horse.

To be inquisitive about a horse’s “home life” is to begin to understand the horse. What does he eat, and how much? Who feeds her? Is a horse an “easy keeper,” or a finicky eater who’d rather starve than accept a sub-par bucket of oats over the custom-blended mix a well-meaning groom once got him used to? Does a mare enjoy her stall or weave front legs side to side, wearing a rut in the floorboards from boredom? When turned out in a field, is a gelding content to graze and gallop, or does he worry at the gate, snorting at passers-by until returned to his stall?

And, whatever the behavior when a horse is unmounted, whatever aspects of personality emerge, charming or curmudgeonly, what happens then? Are a horse’s humans tolerant or tough? Indulgent or incapable of folly? The answers to these questions, which can only be attained by patient observation, round-about questioning behind the scenes, or following from afar, are an important ingredient in the mix of what one might write about that horse.

This is all about writing nonfiction, of course: writing about real horses in the real world.

What happens when a writer invents horses on the page?

Unfortunately, writers without equine background often either neglect to take into account the human factor. Or they create an idealized, uninformed portrait of a horse that more closely resembles a domesticated pet with attributes, qualities, and behaviors that make horse people laugh or grimace at the unrealistic portrayal. Sometimes the uneducated fiction writer forgets that modern horses subdue their clearly superior physical strength, and tamp down their fight or flight instinct for the sake of steady food, shelter, and care. They ask modern readers to believe that instead of an aberration, the norm is that stabled horses regularly and purposefully kick, buck, rear, thrash out, bite, ram, or otherwise intentionally hurt or mangle their humans.

Fiction writers tend to not write horses well because they either spend very little time in the actual equine environments of which they write and prefer, instead, an idealized or overly hyped version that serves some sensational plot requirement. Or, they tend to believe (and assume their readers will also accept) what little and repeatedly incorrect information they’ve gleaned about horses from badly researched and poorly written films and television programs.

With few exceptions, screenwriters get it wrong, but prose writers don’t know that and build on ridiculous tropes. The race horse that behaves like Lassie, summoning help with a whinny. The show ring newcomer who suddenly, with no training, negotiates a complicated grand prix course, carrying his neophyte young rider to victory in the Olympic trials. Or the seemingly docile mare who, in a pique of remembered wildness, bashes her way out of her stall, gallops miles across the Moors for three days, and makes her way back to her wild herd on the craggy rocks of the Scottish coast.

All satisfying cinema perhaps, but rubbish.

I say that if you’re going to write about horses in the twenty-first century, first, be sure you write about real horses and the humans that make their lives into whatever pattern it takes. A key element is to – and apparently this isn’t as obvious as it may seem – spend time with horses and horse people. Even in cities today, it’s possible to find stables and riders, trainers and grooms, working with horses or competing in horse sports. Hang around. Ask questions. Get the terminology right. Learn that what is true for one breed, for one equestrian sport, for one style of riding, isn’t true for others. Ride, if you can. Clean out a stall, hoist a grain bucket, run a brush across a quivering flank. Or just discover, closely and with the understanding that you probably know nothing, that what you think you know regarding horse writing is probably wrong. Then, when you do write about horses, take what you’ve written and ask a horse person to read it. Be ready to change it.

And while you’re doing the field research you must do, remember to look not just to the horses, but to the two-legged folks who are always around them. Watch what transpires between them and their charges.

Watch for the love, always.

Above photo is of Lisa reporting from the National Horse Show in 1983.

Keep Calm and Query On