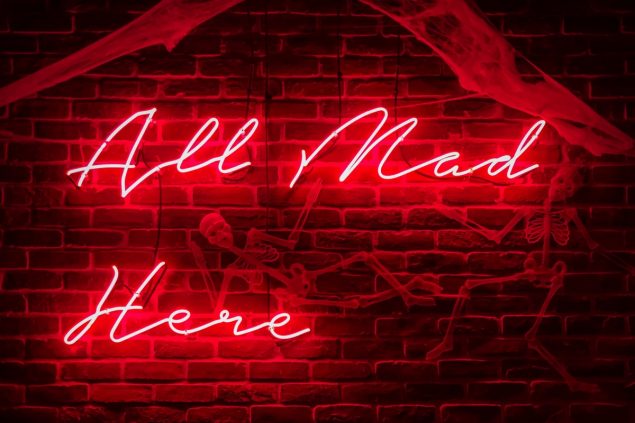 “The Stuff Between the Stars“ is a story by Sandra Nickel, which was the Category Winner for Children’s Books in Hunger Mountain’s 2017 Katherine Paterson Prize for Young Adult and Children’s Writing.

We are most grateful for author Sandra Nickel, editor Maggie Lehrman, and literary agent Victoria Wells Arms for taking the time to chat with us about the legacy of Vera Rubin, women in science, and the process of writing a nonfiction children’s book.

Thanks so much for sharing an excerpt from your forthcoming children’s book, The Stuff Between the Stars, which introduces us to Vera Rubin, a pioneering female scientist remembered for her observations of galaxies and her discovery of the existence of dark matter. What first sparked your interest in Rubin’s story? Is there anything specific that encouraged you to publish it as a children’s book?

SN: I first learned about Vera from another VCFA grad, Kate Hosford, who had read about her death in the New York Times. I was immediately fascinated by Vera—by everything she accomplished, but also by her passion for what she did. We often ask children, ‘What do you want to be when you grow up?’ I believe the better questions are, ‘What gets you excited? What fascinates you? What do you love doing?’ Vera is an excellent example of this. At ten, she looked into the night sky and fell head-over-heels in love with the stars. It was this passion that drove her entire life.

Do you come from a science background?

SN: I do have a bachelor’s degree in science, but I also have degrees and certificates in law, social work, creative writing, theology, bread baking, acting, film, and French. In short, I am curious about nearly everything.

The book’s major themes are inspiring in nature and include the idea of foregoing group acceptance to follow individual dreams and passions, and to not become discouraged, even if others don’t believe in you at first. These words of advice are not always easy to follow—in fact, we see in the book that Vera must overcome many obstacles to find her eventual success. How do you think Vera’s story is relevant to young girls’ experiences today?

VWA: I hate to dwell even more a moment on current events as, like all of you, I’m finding the news so distressing, but every day it seems another corner of our world is finding girls and women who’ve had to be brave in the face of not just sexist attitudes, but abuse, both emotional and physical at the hands of men they work with and for. When people wonder why I’d put my girls in the protective environment of an all-girls school, it is not to protect them, well, not only so. It is so they can practice being brave in a safe environment, so that when they are out in the world, their minds are ready for anything that comes their way. They will have practiced bravery in a safe space. You don’t need a girls school to do that. Literature can do that for anyone—a reader can practice being brave by reading about women like Vera, and then when faced with such attitudes in their own lives they will have a blueprint for action, for strength, for knowing that yes, they can break through anything and succeed.

SN: Building on what Victoria said, one of the things I love so much about Vera’s story is that it shows young people that there are many ways to live a dream. We can choose to follow the path that has already been established by others before us. Or, we can make a choice that is tailor-made to who we are as individuals. Vera didn’t like conflict. Who can blame her? She chose to research areas far away from others, where she could work quietly at her own pace. What is so beautiful about this choice is that it not only suited Vera perfectly, it led to her most profound discovery.

ML: I agree with what Victoria and Sandra have said. To me, the struggle to be taken seriously as a scientist is relatable for any child—children’s worlds are controlled by their parents and guardians, and trying to get grown-ups to listen is one of the recurring themes of childhood and children’s literature. And specifically for girls, though society may have outwardly changed since Vera was starting out, there’s still the incredible weight of history that tells girls that discoveries are made by men, along with anything else “important.” It’s still necessary to provide examples of women and girls who have made significant contributions to our society and culture and understanding of the world–both to balance out that weight of history and also to help instill confidence in a new generation of scientists, artists, and citizens.

There’s a line in the story that shocked me: “At Mount Palomar Observatory in California, Vera’s first discovery was that there was no women’s room.” This reminded me of several scenes in the book and film Hidden Figures, where the women were forced to run half a mile at the NASA headquarters in order to perform fundamental human activities, like going to the bathroom. Were you shocked by any research you found along the way, pertaining especially to the exclusion of women in scientific fields?

VWA: That is an unforgettable detail, thank you for calling it out. It really drives the problems home, doesn’t it!

SN: Vera, like many women, had truly shocking experiences. When she told her master program’s supervisor that she wanted to present her thesis to the American Astronomical Society, he told her women weren’t allowed to do so. He proposed that he put his name on her work and he present it. Later, in Washington D.C., an eminent cosmologist asked Vera to come to his office because he wanted to talk with her about her research. When she arrived, she was forced to speak with him in the lobby because women were not allowed upstairs in the offices. Most shocking of all, however, is that Vera—whose work is recognized as truly revolutionary, a game-change in the world of physics—was never awarded the Nobel Prize.

SN: I think most people would be surprised by how much research goes into a nonfiction picture book—months’ worth, actually. I, of course, tried to find every interview and speech, keeping a special eye out for anything Vera or others said about her childhood and personal life. I tracked down out-of-print books. I culled through newspaper microfilms. The most challenging and fun part of the research was learning the science so that I could translate it into language and metaphors that children (and parents) can understand. We’re talking about dark matter here, after all. I took a stab at simplifying concepts, ran it by my daughter and husband, tried again, ran it by my critique group, tried again, gave it to Victoria and then to Maggie and tried again and again. I strongly believe that no concept is too complicated for children. It is simply a matter of finding the right way to explain it.

How is creating a nonfiction children’s book different than a fiction tale for kids? Is there a difference in approach?

VWA: Research! It’s very hard to do nonfiction without a ton of research!

ML: From a publisher’s perspective, a lot of the process is the same as for fiction picture books, but there’s the added responsibility to make sure the information included in the book is factual and clear—and to direct the illustrator to represent real-life people and places with the same accuracy. One of the most interesting things about editing non-fiction is thinking about why we want to tell particular stories. Not all stories are equally interesting! Even when recounting history, the author will have a point of view, and of course as Sandra said, when talking about revision, there are so many ways to get across the same information—it’s fascinating to find the right one!

There’s a growing market for “women in science” books, which is so fantastic to witness!!!! Do you see this topic persisting into 2018 and beyond?

VWA: I know my three daughters can’t get enough of it. I hope it’s not a trend, though, but a sea change in how we see women participating in the sciences.

ML: Agreed. I think a part of this wave of books is a correction to years of being overlooked, but going forward I see it as a permanent part of the children’s book canon.

If you could go on a cross-country road trip with any strong female icon, who would it be and where would you go?

VWA: I’m not an icon type person—I’d take Sandra and Maggie on a cross country food-and-wine tour with a final destination of Vera’s beloved observatory.

SN: What a fantastic idea! I would love to take a cross country trip with Victoria and Maggie (two very smart, strong and creative women) and visit all of Vera’s landmarks from Washington, D.C. to California.

ML: I would never say no to food, wine, and good conversation!Asics footwear | NIKE RUNNING SALE

by Cameron Finch
An Interview with Derek Nikitas