You are here: Home / carnival 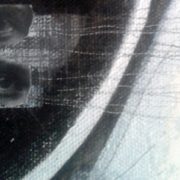 It’s just you in the Tilt-A-Whirl cart until Jimmy Miller slips in beside you. He reeks of cigarette smoke, and you want to grind an elbow into his stomach and tell him to find another cart. But the handlebar clicks shut and the ride starts up and Jimmy’s sitting there beside you smiling underneath his baseball cap, his camo pants brushing against your basketball shorts.

On a different day, this might be a good thing. He’s one of the few guys in school as tall as you. You respect that he doesn’t try too hard, that his hair is messy, that he’s almost always wearing camo pants, not giving a shit that some people call him Camo. He’s an expert shot—always brings down a deer on the first day of the season. You appreciate that kind of efficiency.

But you came here to be alone—came because all that spinning is your way of slowing down the swirl of thoughts in your head. Your cart hasn’t started moving yet, and Jimmy reaches over and places a hand on your knee. His palm is hot, damp, and it stings your floor-burned knee. You push his hand off.

Your cart teeters back and forth, then takes its first full spin. Your body presses into the back of the cart. Jimmy pushes his hands into his pockets and stares at you as if to say, See, now I have my hands contained. Your knees are no longer in danger. Most guys wouldn’t dare to sit beside you. Most guys think you are more guy than girl.

You’re about to tell him his hands don’t have to stay in his pockets—they just have to stay away from you—when your cart turns again. More slowly this time. It doesn’t seem fair. The cart beside yours is spinning like crazy. You catch flashes of three middle school girls in jean shorts and tank tops. They squeeze the handlebar and laugh so hard one of them has spit running down her chin. You used to laugh on this ride. In fact, you probably laughed the last time you were on it.

“What the fuck is wrong with our cart,” you say to Jimmy. He stares at you hard, like he’s looking at you through the sight in his rifle. He has hazel eyes. You never noticed that before.

“What the hell is wrong with you?” he asks.

You squeeze the handlebar. It’s sticky and you wonder what pudgy, popsicle-eating kid sat there before you. You want to be that kid. Ten again. Not six feet tall. Not a licensed, driving adult.

“My dog died,” you say. You time the words just right. Your cart makes its biggest turn yet, and he can’t say a word.

You stare down at your hands. There’s a spot of blood on your thumbnail that you missed when washing your hands. You found it when drying and couldn’t soap again. It seemed fitting that you couldn’t wash all of her away—that a part of Assassin would remain on you. She’d earned her name by hunting groundhogs as a puppy. Even when she was the same size as them, she could kill a couple every week. At the time you were seven and also loved that the word ass was in Assassin twice.

“What kind of dog,” Jimmy asks.

“I’d have to show you a picture,” you say. You had one of those mutts that was part everything. Long ears and short tail. Black, brown, gray, and white hair. Short in some places, long in others. You used to get a kick out of going down to the dog park and telling people Assassin was sixty percent St. Bernard or thirty percent greyhound despite the fact the dog was about two feet tall. You had the swagger to make people believe just about anything.

Your cart spins again. Hard. Three times in a row. You close your eyes. This is what you came for. This moment when your body is one with the seat. You thought this motion might make you forget the morning. But you can still feel Assassin’s warm, wet fur in your palms. You squeeze the handlebar more tightly and her fur is still there.

Your cart slows and you wait for another hard turn, but the ride is slowing altogether. If Jimmy weren’t sitting beside you, you’d curse at the ride operator—tell him to go for another round. Instead, you scoot farther from Jimmy. As soon as the ride stops, you crank open the handlebar and scuttle out.

Jimmy follows you. “Hey,” he says. “Can I get you something to eat?”

You almost tell him to fuck off, then you remember that he is not seeing the same images you have been seeing for the past hour. He wasn’t there on your road to see Assassin’s head turned at an angle so horrific that you had to sit on the pavement a minute before crawling forward. He didn’t pick the dog up and hold her in his arms, didn’t press his neck against the wet snout, hoping to feel a pant of warm air again his skin. He didn’t stand in the backyard with the dog in his arms, its dampness transferring to his T-shirt, while he decided where to bury her.

You hadn’t buried Assassin. Not yet. You needed to ride the Tilt-A-Whirl first. You’d merely picked out the spot, which you believed to be beside the Barbie doll your Aunt Evelyn gave you for your eighth birthday. Barbie was tall like you, but there were no other striking resemblances. With your dad’s power sander, you sanded off her breasts. Then you dissembled her, limb by limb. You took her parts to school in a paper bag—a decision that earned you a week of after-school detention and an order from your dad to either put the doll back together or throw her away. Instead, you buried her. Assassin once dug Barbie up and you had to bury her once more, deeper.

“We could ride the train,” he says.

“You mean the dinky kid train?”

“Yep.” He takes a step closer to you. He pulls his hands out of his pockets and keeps them at his sides. “When my little brother gets upset, I take him on the train. It’s calming.”

“Do I look like a little kid to you?”

There’s not a line for the train. That’s one upside to a boring ride. The two of you climb into one of the front cars. They’re made for kids and your knees press against the warm metal. Your floor burn stings again. The kids are slow to load because they’re yammering about the snow cone man being out of watermelon and Mom only allowing one bag of cotton candy. You shift in the tiny seat, eager to be in motion again. Jimmy taps his fingers against his knees. He looks at you, and you think he might say something, but he doesn’t.

Finally, the train starts up. It rattles on the tracks, and vibrations shoot up your feet. The driver pulls a cord, activating an annoying horn that the children cheer for and Jimmy laughs at. The horn blows one more time and you’re back in that scene from an hour ago, the garbage truck blowing its horn. Once. Twice. Three times. You got up off the couch on the third and ran outside to find Assassin.

Your basketball shorts don’t have pockets in them. You wish they did because you don’t know what to do with your hands. The train doesn’t have a handlebar like the Tilt-A-Whirl. You squeeze your fingers into fists and let them bounce up and down on your thighs. You glance up ahead. Gray squirrels are playing chicken with the train. Darting back and forth across the track, their furry tails flitting up and down. On a different day, this might be funny. On a different day, you might root for the train to clip one. Today, you pound your fists into your thighs harder.

The train clatters along, then hits a tunnel. It’s cool and dark and you let yourself go for a moment. You stop pounding your thighs. You relax your face. You take a deep breath, and on the release, you feel something catch in your throat. In the movies people cry one tear at a time, but when the train comes out from under the tunnel and back into bright sun again, your face is wet. You tilt your head away from Jimmy and stare at the grassy hill to your left.

Jimmy does the nicest thing he can. He takes off his baseball cap and places it on your head. He punches the bill down low and then gives you a minute.

You wipe your face. You hold your elbows out to your sides in a way that suggests strength. “It’s my fault,” you say. “I let the dog out. I forgot it was garbage day. The garbage truck was her favorite.” She’d pace up and down the road for an hour after it had gone through, her nose pressed to pavement as if she could absorb each of the smells.

You ease the bill of the hat up and look at him. He meets your glance. “I flipped the trash man off like it was his fault,” you say, “but it wasn’t.”

“To be fair,” Jimmy says, “it was partially his fault. And partially the dog’s fault.”

You shake your head. “No, it wasn’t Assassin’s fault.”

You want to tell him the part about the word ass being in there twice, but it feels silly now.

He reaches for your knee, then remembers and pulls his hand back. “According to my brother, all dogs go to heaven.”

You glance up ahead. Squirrels are still scrambling over the tracks. “This isn’t really a calming ride,” you say.

“Sorry. It was either this or the dunk tank.”

You’re not sure if he’s joking. Maybe you could go for a dip in the dunk tank. All that cold water. A moment without air.

The squirrels are still playing chicken. You swear one had its tail nipped by the train. You can’t watch anymore. You scoot toward the edge of the seat, then you tilt to the side and let yourself fall. You thud against grass, the fall not as hard or satisfying as you expected. But you are on a hill. You let gravity take you. Let yourself roll. Let yourself be ten again, the world circling around you the way you wanted it to on the Tilt-A-Whirl. It’s all warm grass and soft dirt.

Until a chip bag rustles under your thigh. A rock under your hip. Geese shit against your forearm. You pull your arms away from your sides to slow yourself down. The park and the hill and the train are all spinning, but you can make out Jimmy rolling toward you. You reach a hand toward him. You want him to be the one to stop the spinning.