You are here: Home / Sarah leamy

The Infinite Future likes to mix its genres, stories, and narrators. Released in January 2018 by Penguin Press, Tim Wirkus’ work is a novel that is broken into two sections. There is the search for an ancient manuscript, and the manuscript itself: Two tales live within this one book.

In the first story, Danny, a Mormon student and struggling writer, joins the obsessive librarian, Sergio, and a disgraced Mormon historian, Madge, in the search for a lost text—the novel’s second story. The second half of the book is pure science fiction, a very different literary experience compared to the first part of the novel, which takes on the form of the missing text these three characters have searched for throughout their travels in Utah, California and Brazil.

The Infinite Future is laden with stories told within stories and told by narrators who often switch-off within the chapters. Often, a new voice is simply introduced by a first line of the following storyteller’s montage, which then relays another incident to the listeners. As readers are told of one tale, another emerging tale soon blends into one after another, and so on. Throughout the novel, the overall tone of the first part of The Infinite Future varies from conversational to formal, often sounding quasi-academic and tinged with a regionalism derivative of Idaho and Utah.

Within these stories, and the tales within tales within them, the settings range from the tight knit world of Mormonism to the cities and landscapes of Brazil, both richly descriptive and inviting places while with Danny, Sergio and Madge’s continuing search for the lost text.

The second half of the book is quite different, in terms of style and tone; it is the discovered manuscript, which starts off with an entirely different narrator and begins with her saying “I was emptying rat traps in our convent’s dusty under croft.” This narrator is a nun, a sensible-sounding storyteller whose voice of reason informs readers of the novel’s world being under threat. The narrative style of the manuscript reverts to Wirkus’ stylistic telling of a story within a story. This technique seems to be an element that Wirkus is happiest working in, especially given his use of spinning all these tales within tales together. Readers will be left admiring Wirkus’ ability to keep track of the many details threading the novel’s manifold genres and voices.

Tim Wirkus’ The Infinite Future may be appreciated for its original use of weaving and enjoyed as a literary-journey suited best for those who love to sit back and be told of tales marauding within tales, from a safe distance. 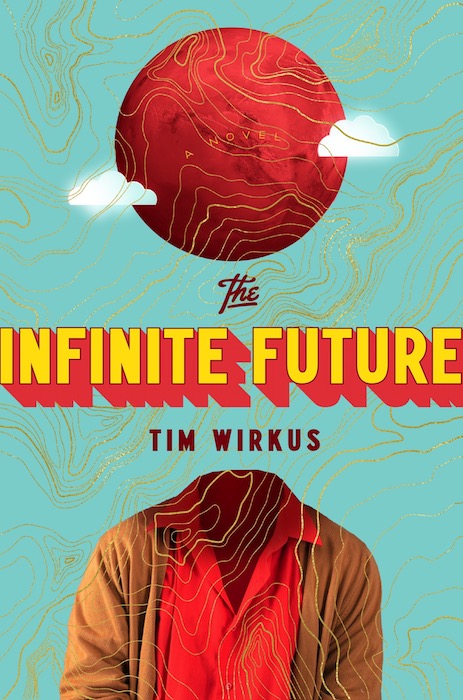