Blog - Latest News
You are here: Home / Craft / Teaching, Writing, and the Practice of Illusion 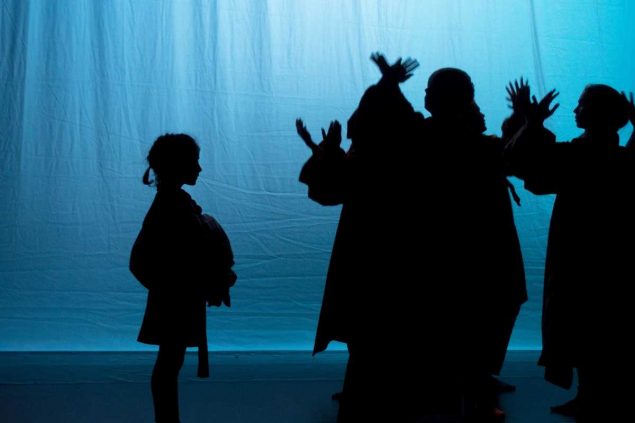 Can we talk, not to be grandiose or anything, about truth? I don’t mean the kind of truth John Ruskin went on about in his architectural critiques, decrying flexible tracery as barbaric and making fearless leaps between such judgments and the virtue and enlightenment of man. Which pretty much, I would like to point out, excludes me from the conversation right there: The barbaric part, because if he felt that way about a little smoke-and-mirrors effect in stonework, what on earth would he have made of resonating pillars in south Indian temples? And of course the not-male part, which by implication seems to render me incapable of enlightenment.

What? A chip on my shoulder? Some days it’s practically a cinderblock.

Ruskin sought a natural truth, something that lay inherently in the materials of sculptor and architect, and was self-evidently, to him, not present in civilizations that he saw as decadent and corrupted (never mind those singing pillars). In The Seven Lamps of Architecture, he wrote, “Speaking truth is like writing fair, and comes only by practice.”

But “writing fair” has always been about creating illusion, placing emotional signposts, manufacturing an effect upon the page. The object is to come at truth, but in the most indirect ways possible. You aim for a certain resonance regardless of whether the outcome will be fiction or nonfiction, and you try, at least whenever you remember it, not to deafen the reader.

Teaching, too, is a part of the illusion game, a kind of dabbling in shadowplay in the spaces between intention and realization. When I read a student’s work, I have to understand what the particular illusion is that the writer is after, whether I think it’s sustainable in the form being visualized, and how I can help nudge it along or open it up to questions.

Sometimes I need to come at it more directly. I may show what’s overwritten in my opinion, or point out gaps. I may highlight places where the words sing to me, others where they don’t work hard enough, still others where perhaps they try a little too hard.  I may even ask, as nicely as I can, what the point is.

More often than not, I am reminded that the flaws I see most clearly in students’ work are the very ones I’m blind to in my own. As Ursula Le Guin says in her essay collection The Wave in the Mind, writing is not only illusion but collusion. It becomes real only when there is a reader, and in the teaching contract I am that reader, with a major difference being, of course, that I get to talk back.

Sometimes it feels a bit as if the student and I are in a huddle over a bubbling pot of some kind, trying to find ways to make the stew stranger and wilder and ever more true to itself. At such times, I must remember to add a few easily overlooked ingredients—a smidgeon of generosity, a dash of trust. In turn, teaching compels me to be a little more honest when I assume my customary role of writer.

The question is often raised whether we can in fact teach writing. It may simply be the wrong question. I think we can safely assume that those who come to study with a teaching writer are already writers—and that if they’re not they will leave in a hurry once they find out the truth about what it entails. We know that there are things we can teach that seem to make writers write, and write better: a certain discipline, the cultivation of writing habits, realistic expectations, respecting the craft, learning to ask useful questions, and learning to take criticism without letting it beat them down.  These things can be taught, in part because they don’t insist on a singular truth, but rather allow for a multiplicity of views.

The Internet being the ultimate illusory space, it seems fitting that my teaching would at some point take a turn through it.  For several years, I taught classes (to grownups) on Writing for Children, through Writers On the Net/writers.com. My students were mostly interesting, generous, and kind, although in the service of honesty I must also admit that there were a few who were just, well, strange. I probably learned a lot more from them than they ever learned from me, and I’m still in touch with some of them as they’ve gone on to publish.

When I began to teach at Vermont College of Fine Arts, it became clear to me that in the balance of teaching and writing, I was doing altogether too much teaching.

This is where Ruskin’s point begins to make sense—the one about practice in matters of speaking truth and writing fair. Because suppose you’re teaching, let us say, about widgets. You don’t just teach about their history, their uses, the art of their construction, their social and environmental repercussions. You also demonstrate your own practice. You show how you come at widget problems, for example, or how you relate to people who are also passionate about…you see where I’m going with this. So when I teach this practice that I teach, which I hope will make writers write, and write better, in effect I’m teaching the practice of teaching as much as anything else. At least some of the people I teach will in turn end up teaching others. Which is either terribly inspiring or a bit of a Ponzi scheme, but there it is.

That’s what happened with those classes. I handed them on to Vermont College of Fine Arts graduates Sarah Aronson and Debby Dahl Edwardson. I offered my help during the transition, trying very hard not to hover. They have both since developed those classes, changed them, and made them part of their own practice, which makes me feel I must have done something right.

Practice. I love that word. In the chaos of markets and sales and subrights and the hotly debated future of the book, practice is the only truth. It’s an island you can return to, to make yourself real again.  Which is, speaking entirely selfishly, the reason I teach at all. It makes me want to keep writing.buy footwear | Air Jordan 1 Retro High OG “UNC Patent Leather” Obsidian/Blue Chill-White UK