Blog - Latest News
You are here: Home / Craft / The Perks of Being Bipolar 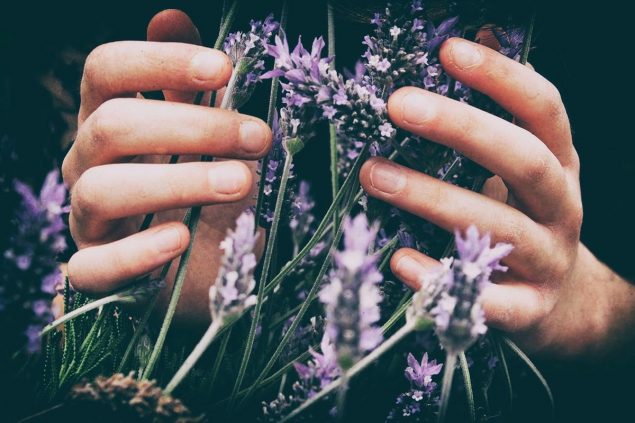 Tales of a wacky writer in a roller-coaster business

Recently, I spoke at a benefit event I’d put together for my local animal rescue organization. I’d brought together five authors (including myself) who all wrote about and were inspired by their love for dogs.  I told the audience how the idea burst into my mind two months before my book, A Dog’s Way Home, was due to be released. A good friend’s dog book would be coming out about six weeks later.

I said to the audience, “I thought ’Hey! Corinne and I could do a signing together!’ And then I thought, ‘Oh and hey! We could do it as a benefit for Friends of Animals because we both love our dogs and we love Friends of Animals and…and HEY! Why not invite Patti because she’s had a really tough winter and plus I haven’t seen her in ages, and well, there’s Juli-Anne’s wonderful photography book of Park City dogs, and well of course, if you’re having a dog book signing, you have to have Jeannine there and we could even….’  And my brain was off and running like a galloping horse penned up all winter.”

Then I explained how my friend Charlene, who’s on the board of Friends of Animals, patiently listened to my mile-a-minute talking about my Grand Idea. “I knew Charlene would either say, ‘Sounds good to me,’ or she’d say, ‘Bobbie, you might want to get your meds checked.’”  That got quite a round of laughter.

Later that evening, as I signed a copy of my book for someone, she said, “You were so funny up there! Are you always that funny?”

No. I’m bipolar. And what I’d said up there to the audience about meds was absolutely true. Our event, “Authors Unleashed”, came to me when I was in one of my rare manic phases. It burst on the scene and grew bigger and bigger, and then rose like one of those metallic celebration balloons in the air.  I was lucky: This actually was a good idea!

I get a lot of what I think are really “good” ideas when I’m manic. Often, the good ideas become great ideas, which become The Best Damn Idea Anyone In The World Has Ever Had. These Best Damn Ideas may be story ideas, or they may be ideas for saving the world or, at the very least, eradicating the need for animal shelters. I’m not saying God talks to me when I’m manic—but I firmly believe she should.

What I’ve learned after living with this illness for thirty-plus years, and living with it as a writer for the last six years, is to write down all story ideas during that time and look at them when I “come down,” because there may actually be something that is good (there will also be ideas that are truly wacky and unworkable). I’ve also learned to give my husband my checkbook and credit cards. Getting actual writing done when I’m in a full-blown manic phase is almost impossible: I can’t sit still or concentrate enough to string solid sentences together. So that’s kind of too bad, but I have learned to take lots of notes.

Of course, once that balloon goes up, it must come down. For me, that usually happens after about three days, and the landing is seldom gentle. Unfortunately, I have what’s called bipolar II, which means I mostly experience the crushing depression end of the spectrum, with occasional swings of mania. It’s pretty funny to get a debate going amongst people who fall in different places on the bipolar spectrum. It goes something like this:

“You’re lucky because at least once a month you get high and get to be the life of the party.”

“No, you’re lucky because you don’t have to explain to your husband (or wife) every month what happened to the savings account. It’s a lot cheaper to be depressed.”

If I land on solid ground (in other words, if the meds are working), I can get back to writing. I can look at the copious notes and make something out of it that’s good. Maybe not great, certainly not The Best Damn Idea in the World, but good. And good is good enough.

But there are the very dark times when the depression steals everything away—all hope, all confidence, all creativity, all faith. I can feel myself falling and falling into this deep abyss. If the meds are working, I have a chemical safety net that keeps me from falling too far.

I read once that J.K. Rowling created those soul-stealing, joy-slaying “Dementors” in the Harry Potter series when she went through a particularly bad and lengthy bout of depression. She captured those torturous dark being perfectly on the page.

When I was writing an early draft of what would become A Dog’s Way Home, I fell into such an abyss. I didn’t realize at the time my medication had lost its effectiveness—a common problem with bipolar II.  The first couple of weeks, I’d have full-blown anxiety attacks when I tried to write. Then I would freeze up. After several weeks of falling lower and lower, I would sit down in front of my computer to write and just sob. I felt completely worthless and hopeless.  Who did I think I was, trying to be a writer? During those weeks, I was lucky if I managed to fight the depression and despair enough to get one or two pages out. It was pure agony. Finally, when I started thinking even my dogs would be happier if I weren’t around, I got myself to my doctor.  She, in turn, sent me to a psychiatrist who finally gave me the diagnosis and medication I had needed for so many years.

Here’s the good news: When I re-read those hard-won pages I wrote during those weeks of pure black hell, I couldn’t tell. I couldn’t tell the difference between what I’d written then and what I’d written in previous pages before The Fall.  I am not someone who cries, but I tell you I wept, absolutely wept, with relief. As sick as I was during that time, I could still write. My own “Dementors” had not robbed me of that.

Writing is a tough business for someone with any kind of mental illness, but it’s particularly tough for people with illnesses that fall along the bipolar spectrum. It’s a business that’s bipolar in its own way. It’s full of soaring highs (that first “yes” from an editor or agent) and crushing lows (I don’t need to spell those out). Those highs and lows can wreak havoc on already fragile brain chemistry and self-confidence. I can’t tell you how to ride this roller coaster with grace. Sometimes I’m successful; sometimes I’m quite sure I’m not cut out for this business. When the vagaries of being a writer sends me plummeting, I hold on for dear life and make myself count my blessings. And take my medication. If the highs trigger a manic phase, I give my husband my credit cards and checkbook and try to enjoy it, because I know it won’t last long.

This is not an easy world to live lightly in—mental illness aside. It is a world that demands emotional toughness, unwavering self-confidence, and perfect teeth—all things I do not possess. There are times when I simply don’t feel up to the task of living in this world, much less being a writer. But then a voice whispers in my ear a story about someone…someone vulnerable, someone who feels like an outsider…who has lost something he or she loves. I open my heart and take this someone in. I listen to their story and help them find their way by my small, flickering flame. There is light out there; there is light in me. I write.Best Sneakers | adidas Yeezy Boost 350

Idiosyncratic Tone in the Novel
Scroll to top