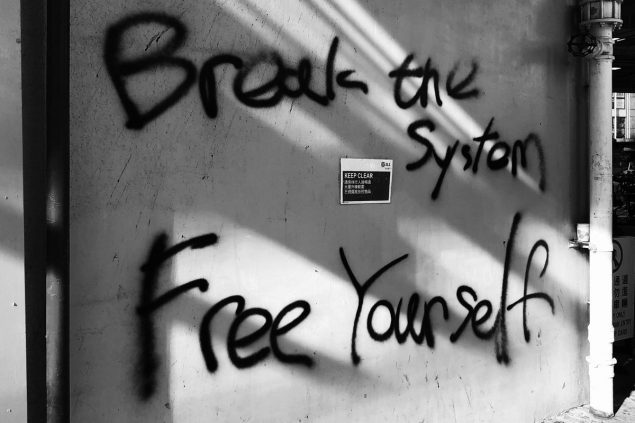 Stop caring about yourself. Stop holding on to your existence; it doesn’t belong to you, anyway. Focus only on the actions that please others; work to please him. Walk in his shadow when he enters the room. Muzzle yourself. Bleach your skin. Remind yourself that you don’t matter. Pick away at your finely tuned identity. Let it erode; let it burst, burnt and hollow; let it lose all its depth, its clarity. Let you exist just to serve him.

You remember the moment when you first felt uncomfortable in your skin, when you realized that you were unworthy, don’t you? You remember the discomfort you felt when someone made a racist comment: the glances in your direction, the ​Did she hear I don’t know I hope not.​ When he made fun of your “accent.” When he asked if you would be deported. When he.

You can’t help but worry the wounds, can’t help but run your hands over the faded memories. The barely audible sorry;​ the eyes that looked at the ceiling, the carpet, the wall, anywhere but your face. The mask you wore to hide your emotions. The stalwart gaze straight ahead. The rapid blinking of the eyes. The clench of the jaw. Your collapsed sternum, your paused breath, your caved-in thoughts.

Remember that it is a thousand times harder not to say anything, to sit there and take it, than it is to apologize. It is not easy to stay quiet; to go home and curl up on the couch under a green blanket; to watch TV, passively consuming Baljeet and Apu, enveloping yourself in harsh accents and discordant caricatures. It is not easy to stay silent when your mother says that boys will fall in love with you because you look “exotic,” because of your doe-like eyes and olive skin, a shade lighter than your sister’s. Remember that; take solace in that; let the thought of your strength ease your pain.

It’s in the system, they say? No. Racism ​is​ the system. It’s entrenched in us, ingrained in babies at six months, still a central part of lives at sixty years. It’s what’s in the education, or, rather, what’s not in the education: it’s the omission of history, the erasure of the non-white perspective. You stared at the peach-pale canvases at the Seattle Art Museum, noted the lack of people of color in Renaissance artwork. You cried when you watched a Hollywood movie that featured a South Asian character. You saw ​Hidden Figures​, raged against the addition of a white man in a movie about African American women, a white man that was never part of the story, because, as the movie’s director said, “there needs to be white people who do the right thing” (Thomas). Because we need to be obligated to our white saviors. Because they came to help us, they came to lift us from the darkness, they came to pray for our salvation in the blurry twilight. Because we need to be saved by the very people who destroyed us in the first place.

“They are silent in the room, but for all that a white man calls out in a loud voice for silence” (Paton 236).

And when you try to create change, when you try to educate, host diversity trainings at work, hold conversations with your peers, you’re met with hostility, aren’t you? You’re met with fear, a disconnect from reality, a tide of empty words: ​It’s all discrimination against the white man, anyway. There are no jobs for the white man, anyway. Anyway, I’m being held up as a scapegoat; I’m being treated unfairly. It stresses me out when you bring up my comments about race; do you want me to have a heart attack? My neighbors are Asian, so I can’t be racist. My friend is black, so I can’t be racist. My daughter is mixed race, so I can’t be racist. It’s not my fault: my great-great-great-great-grandfather created the system, not me. I can’t possibly be racist.

“There are many sides to this difficult problem. And people persist in discussing soil-erosion, and tribal decay, and lack of schools, and crime, as though they were all part of the matter. If you think long enough about it, you will be brought to consider republics, and bilingualism, and immigration, and Palestine, and God knows what. So in a way it is best not to think about it at all” (Paton 224).

And therein lies the problem: everything is the problem. One that the white man can’t be bothered to solve. And so he forgets about our existence. He leaves us with a lack of representation; with colorism, the idea that lighter is better, the tingle of bleach on skin; with the echoes of dirt-stained taunts and slurs; with dust-covered hope, the belief that change will come.

The white man gave you an obligation, didn’t he? To stand by when you see bigotry, to feign indifference when you hear biased comments, to walk away when you sense an argument brewing. When you see racism at a group interview, old white woman versus young black woman, sharp words against deferential murmurs, you don’t step in—you can’t step in—because then neither of you would get the position; both of the people of color would lose. Instead, you leave them be; you escape from the stuffy office building into the smooth, open air of the city. In the car, you explode, talking to your mother about the injustice you see, the discrimination. Spent, you fall silent, slumped against the smooth leather of the passenger seat.

You take the job. You remember that young black woman when you work in your cubicle; you look around, just in case you can spot her. You never do. Because we’re playing chess, remember? And the people in power have captured all the pieces and we’re one move away from checkmate and there’s nothing more we can do but count down the clock, stare down the hours, hope to God they get tired of watching us suffer.

For without you we are nothing.

This essay was first published by Scholastic as part of their Art & Writing Awards. 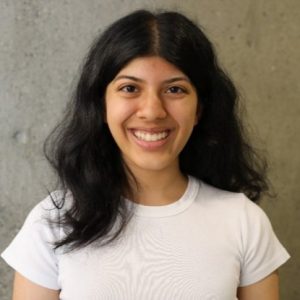 Anya Shukla attends Lakeside School in Seattle, WA. Her writing often deals with issues of race and identity, & her work has been recognized by The New York Times & the Scholastic Art & Writing Awards, among others. Outside of school, she co-founded and writes for The Colorization Collective, an organization that aims to support teen artists of color.