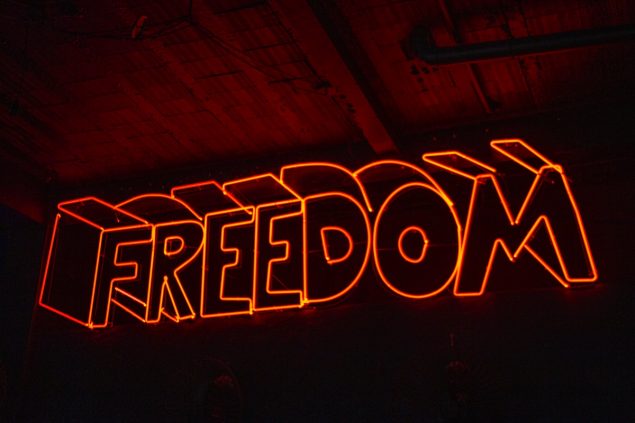 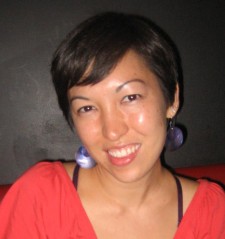 What inspired “Death by Pufferfish”?

The strange shapes of inspiration: doodling toward a revision of “Death by Pufferfish.”

Boredom, a restaurant review, and San Francisco airport. In spring 2008, my husband Dave and I had a really early morning flight out of SFO. At the time, he worked at the airport as a Flight Operations Officer for JAL. He worked the night before we left, so I tagged along with him so we could go straight from the office to the gate. All I had with me was a single issue of The New Yorker, and I think there were ten-plus hours till our flight. So I read the issue (including a review of a new restaurant that served fugu), napped on a very uncomfortable couch, and then basically started snooping around the office. At some point, delirium kicked in and it surprisingly felt a lot like inspiration. Kazuo is a composite of my husband’s coworkers. Masayoshi came out of a kind of … “face book” of pilots. I found a bomb-threat checklist. I watched the NOTAMS shoot out from the dot-matrix printer. And I began to trail Dave around, asking increasingly more targeted and probably annoying questions.

I guess the short answer to this question would be: my husband’s patience and goodwill? It is really amazing how much you can learn about your partner by following him to work, shadowing every minute detail of his day. It can instill a newfound appreciation for him. Other people’s jobs are so weird and fascinating! I really can’t recommend enough a “Take Your Writer to Work Day.”

Tell us about your writing process—either generally or specifically with regard to the birth and development of this story.*

A chart of themes.

Reading widely. Being with people—and, importantly, being without them. Editing anthropology. Listening to all kinds of music. Eavesdropping. Angsting. Obsessing. Over-thinking. Feeling so much, all the time. Idly comparing themes that reoccur in my stories, making family trees and timelines and other strange charts like the word cloud below. Showering when I get blocked. (Not sure why this works, but it never fails—if I had a waterproof laptop, I’d be scarily prolific.) Watching lots of terrible television (especially marathons of grisly crime-scene investigations), surfing the Internet, and playing strategically placed stretches of “Bejeweled.” Research show that your brain muscle flexes better if you make it do diverse tasks. Like how doing interval training for twenty minutes can be more productive than jogging at a comfy pace for thirty. I read both of these things somewhere, I’m sure. Or maybe I’m writing fiction right now.

I made this word cloud for “Death by Pufferfish” using Wordle.**

Ok, but seriously… part of my process is just absorbing and tucking it all away, whether literally or figuratively: I have a notebook and pen on my person at all times—I’m on my 105th notebook right now—and often I keep a physical file of news clippings, quotes, photographs, articles, essays, and so on that contribute to a story so I can revisit details without having to re-research. (Which is also known as “procrastination.”) I also save lots of things that normal people probably don’t—every story/essay/poem that moved me EVER, found objects, poignant Chinese cookie fortunes, all correspondence—because I don’t trust memory and Google is no magic ball. You can’t look into the Internet and find the answer for every specific question, like “What was that essay about the Serbian girl and the Croatian boy, or maybe it was vice versa?, anyway they were dating in the post-Yugoslavia world, and it was published sometime between 2001 and 2010, maybe in The Sun or Utne Reader or The New Yorker, readysetgoAMEN, you know? (Which describes an actual search I once wasted hours on. The result, finally, was “Across the River,” by Nikolina Kulidžan, The Sun, issue 417, Sept. 2010, and it really is a fantastic essay.) So basically I save way too much shit and print out everything, tree killer that I am. In ten or so years, we’re going to have a hoarding situation on our hands.

The actual writing goes like this: Begin with a prompt, sentence, image, or idea. Then let all that aforementioned hoarded stuff inform that beginning, in a collage-like manner. My first drafts are complete nonsense. To write “Death by Pufferfish,” I did twenty-one drafts. Some had subplots about an actual terrorist, no Grandpa Masa, Kazuo’s father Tadao figuring in more, and an entire scene set in a strip bar (which I was quite sad to leave on the cutting-room floor). Reviewing the drafts is like flipping through consecutive photographs of an event—you watch me, in slow motion, trying to figure out what the F! is going on. The tricky part, of course, is knowing when you’re done drafting, and cutting, and adding out of impulse and desperation at the eleventh hour before your revision deadline. (For example, I tried to add the graphic you see at the beginning of this interview to “Death by Pufferfish,” but luckily Hunger Mountain fiction editor Barry Wightman saved me from myself.)

I was lucky enough to study with Philip Graham while pursuing my MFA at Vermont College of Fine Arts. Having run out of polished stories to revise, I was embarking on new ones and it felt… awful. I confided to Phil that I didn’t think I knew how to write stories at all. The gist of his response was: well, GOOD. Me neither. If at some point you think you know how to write one, then you should worry. (And then he let loose his trademark cackle.) I pair that with Samuel Beckett’s “Try again. Fail again. Fail better.” Those two always comfort me.

Oooh! Good question. Maybe I’d go with Good Morning, Strange World—as reads the painting directly in my path of vision in the coffee shop where I am this afternoon. That title implies the process of writing, of anthropology—writing as a study of humankind, making the familiar strange and the strange familiar. For fiction writers, being an outsider trying to sound like an insider.

My other go-to title: You Don’t Know How To Write Short Stories? Well, GOOD. Me Neither.

*Read more about the work that went into Mayumi’s story at her blog.
**Try Wordle to generate word clouds for your stories, essays, poems.