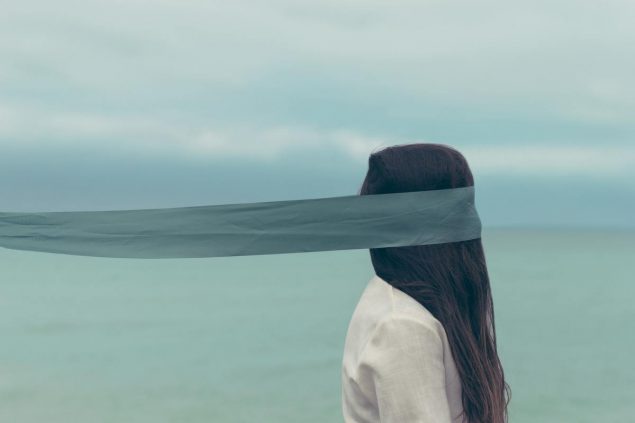 I have written several pieces about personal trauma for news publications and nearly all went viral. I have written about being accused of wanting to shoot up my school as a teenager for VICE and Politico. I wrote about being sexually assaulted in VICE and XoJane. I also wrote about having cancer for the Daily Beast. These stories are not merely grim recounts of personal trauma, sickness, and drama. I mean, they are that too. But they are so much more. It’s about the larger message, which is the key to writing quality first-person journalism about trauma.

Are you going to write about every trauma in your life? No! Life is ridden with traumatic events. That’s part of living. You will definitely not be writing publicly about every grief or miscommunication or break up in your life. If your story has a larger universal message, especially if it’s an issue in the news at the time, then it may be worth writing about in this particular capacity. Relevancy and universal appeal are key. Does your personal story say something new or poignant about society, about misconceptions of our flawed justice system? Or is it a topic that has a stigma? When I wrote about my rape, not only did I write about it because it had stigma attached to it, but also because of a larger issue at hand. I pitched this to VICE because I wanted to show how fucked up the legal system is when people are raped. Even though it was only a few years ago, rape culture and rape stories weren’t as prevalent as they are now. It was only beginning. Coming out and stating that I was raped and that drugs were involved was a bigger deal than it would be in 2017. Being assaulted was not the point of my story. It was merely the catalyst. The  takeaway was to show how difficult it is to convict a rapist. I explained in my article that the defense attorney planned to use photos of me in bathing suits and at parties to prove that I was essentially a loose girl, as well as my cartoon blog of blobs fighting to somehow show that I liked violent sex, all apparent proof that I could not have been raped. This story opened the eyes of many readers who had not realized just how bad things were in this regard. Many did not realize that women’s sexual history and clothing was still used against them in court.

In January, I wrote about having cancer for the Daily Beast. The article wasn’t a sob story about cancer.  I wrote about it because I had a specific message and the cancer proved my point. Speaker Paul Ryan had just announced his plans to cut federal money to Planned Parenthood, a plan that went forward in Congress. Planned Parenthood happened to be the health care provider that pushed me to get checked for cancer. I wanted the world to know that Planned Parenthood  saves lives, like my own, and that they are not an abortion mill, as many claim. So, although I touched on my trauma in my story, I didn’t go into intricate detail. It wasn’t a cancer story. It was a message to combat a current and popular Republican sentiment about Planned Parenthood.

Here are some tips for writing essays that include personal trauma:

Focus on the message. The point should be about something stigmatic or newsworthy, not just your pain. Your pain is part of it, but it’s also the catalyst for a bigger issue.

Pitch by stating your intentions clearly: you want to write about your father’s death in a boating accident. You might want to list statistics about boating accidents. Show the editors that boating accidents are the leading cause of death of fathers in the United States. Moreover, there is a stigma around it; it’s thought to be an unmanly way to die. Note that your mom refused to tell people how your dad died. She insisted that he died by a snake bite. Assert that you want to write this personal essay to try to fight that stigma.

Stigmatized topics are always pitch-worthy. Relevant trauma-related topics in the news are also pitch-worthy. For example, pretend that people are being banned from grocery stores because they are wearing white jeans, ordered by Trump. And that has been headlining the news lately and sparking giant protests. Maybe this is a good time to write about how your sister became depressed.  Why? She was banned from her favorite grocery store for wearing white jeans.

If your pitch is accepted, write up a draft. For me, trauma-based articles take the shortest amount of time to write. I already know the story arc and already have my point or thesis envisioned.  Although I often include some research and statistics, the meat of the story is personal experience. I will often refer to journal entries or emails to make sure I have the dates and other details as correct as possible.

When writing your draft, try to make sure it doesn’t come off as angry or vengeful. Asking a loved one to read your draft before sending to your editor is a good idea. Stay on point. If something happened related to the trauma but is irrelevant to the point you are making, consider taking it out. It will only distract the reader.

Try not to come off as bitter. Having some distance and being matter-of-fact is helpful. People respond better to a measured tone because they don’t feel judged. This approach is more than likely to help lead to social change. That should be your goal for writing about trauma in this context. This is not a memoir. It’s an article meant to evoke thoughts and perhaps change perspectives of people who read the news.

Humor also helps, essentially when you have lived through a trauma with stigma, like rape. People who have been raped can still be funny. Humor can also be a subtle message behind the message, as in: See, we (rape survivors) are not broken, sad human beings. We can still laugh and make others laugh.

Make sure you’re in a good enough place psychologically to write about any past trauma. Writing about trauma is not easy. If you are the type of person that will re-live your trauma by writing about it, and get re-traumatized, this type of writing is not for you. Maybe you can write about your trauma in a different manner: like memoir, but not news articles. News articles are faster, colder, and more about the issue and the thesis. With memoir, it’s more about you and your healing. It is slow and patient. The news cycle is fast and cruel. Self-care comes first. It does not make you weak if you don’t want to write about trauma in this particular style. It’s a personality trait. I’m very detached at times, maybe a side effect from PTSD, or maybe that’s just the way I am. Either way, it works to my advantage when writing about trauma in a timely manner, because I am not negatively affected when I write about it. I can write about some of the worst, most painful experiences in my life while laughing and chatting with my boyfriend in the same room. Then I will eat mac and cheese and watch funny videos on YouTube and go to sleep without nightmares.

Time is a factor. If I witnessed people get shot yesterday, I would not be able to write about it with ease today. Obviously one must give themselves some time to heal and process. Even if you are completely deadpan in the face of trauma, and able to write about it immediately, you may need time to actually process and make sense of what happened before you are able to write something insightful about it.

If you are able to write about it, however, there are mental health benefits. According to Psych Central, “Written disclosure of emotional reactions to trauma leads to a wide variety of positive health consequences.” Personally, I have felt validated through writing about my trauma. I’ve received emails from people who related to my experiences, and the accompanying emotions, which has led to my own personal healing.

If you want to write about trauma you have to be prepared for some backlash. This may be way tougher than actually writing about it. People will likely email or make nasty comments, even if you are a rape survivor or cancer survivor. It doesn’t matter. You can have all your limbs violently cut off in a train accident and you will still get shit for it.

I look at the big picture: if I made some women feel less alone with their rape then I did good. I put something good out into the world and I shed light on our shitty judicial system. It’s worth it even if I get nasty messages accusing me of lying or telling me I deserved it. There’s literally a whole article published about why I deserved to be raped. And I’m okay with that. It’s a small (albeit aggravating) price to pay for the rewards. If you write something and everyone agrees with your point and your story, then what’s the point of writing it at all? If everyone already agrees with your angle, then the social change has already occurred. If some people protest, if people argue, it’s often a good thing. It shows that there was a NEED for your piece. It proves that it’s important to try to change minds. Make sure you have a good support system and friends that help you through any backlash or trolling. Then, you can just laugh off the mean comments together!