Blog - Latest News
You are here: Home / Book Reviews / A Review of The Displaced: Refugee Writers on Refugee Lives 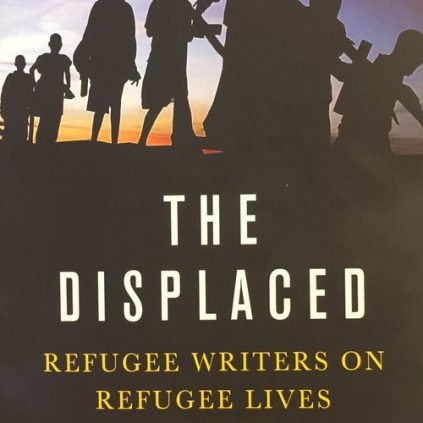 A collection of geographically diverse essays, The Displaced: Refugee Writers on Refugee Lives, works to illustrate how seemingly disparate refugee narratives can interlock the universality of homeland flight. With seventeen international writers reflecting on the refugee experience, the collection, edited by Viet Thang Nguyen, attempts to humanize the demonized, and give voice to individuals that have been deprived of an identity.

The opening essay, “Last, First, Middle” by Joseph Azam, is concurrently an homage to the unknown grandfather that named him, as well as a meditative reflection on a central theme that runs through the collection—homogenizing oneself into a suspicious culture:

My name was a product of my grandfather’s hopes and conviction; it was my inheritance…I would rid myself of the name Mohammad, which I could not fashion into anything that could pass.

Many of the finest essays draw from this common thread of assimilation anxiety; passing, fitting in, while also blithely chipping away at your ancestry to take advantage of the opportunities and anonymity of the United States.

In Reyna Grande’s “The Parent Who Stays,” assimilation anxiety is woven together with familial loss and the linguistic barriers of a young child whose lack of descriptive language does not allow them to process what is happening:

These words weren’t part of my vocabulary, so I never used them—I described my feelings through stories…I was a victim of a consequence of migration that is often overlooked or given little importance—psychological violence of watching your family fall apart.

This piece is a meditation on a hidden yet common migrant experience—the hostile rejection of home; an anti-patriotism that develops when one’s own people and government are the cause of suffering, when escape from a homeland is the only opportunity:

The other memorable thing my father used to say, after years in Canada, was that ‘Europe is a failed experiment. It should be paved over and turned into a parking lot.’

According to the UN High Commissioner for Refugees, internally displaced people or IDPs now form the majority of the more than 60 million people who have escaped global persecution since 2015. (IDPs are people that have been first forced from their homes, but not their country of origin; while refugees and asylum seekers are people who have been initially forced from their homes and countries.)

Many of these IDPs are from countries with protracted civil wars, bigotry, gang violence, government corruption, or simply no economic opportunities. These factors leave people with little alternative but to become asylum seekers, usually in neighboring countries just as underfunded that quickly strain under the financial and security pressures of hosting the refugees.

The refugee crisis of 2015 sparked a global debate about the social responsibility of displaced people. Under the Trump administration, the United States has cut accepted refugees from 110,000 to 45,000 per year. Global ring-wing political parties, from Orban’s Fidesz in Hungary to Bolsonaro’s Social Liberal Party in Brazil, have taken advantage of people’s fear, consolidating power with divisive and fear-driven rhetoric. What these seventeen essays do so well is deconstruct that manipulative language, and illustrate with moments of reinvention and the reclamation of identity that the global refugee crisis is not one of border wars and xenophobia, but of liberalism in its truest form—egalitarianism in the face of tragedy. The belief that open-minded altruism will bring relief to those not only escaping to save their lives, but for a life outside of an indifferent and hostile homeland. 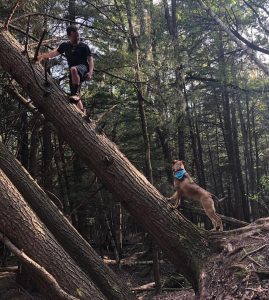 Dayton J Shafer has been involved with theatre for over fifteen years as a writer, director, and actor.  His original pieces have been performed in fringe festivals, barns, abandoned factories, converted laundromats, black boxes, and street  sides. His poetry and prose has appeared in The Mountain Ear, Split Lip, BULL, and Mock Turtle Zine.

Review: All The Fabulous Beasts by Priya Sharma

by Jordan Glynn
Scroll to top