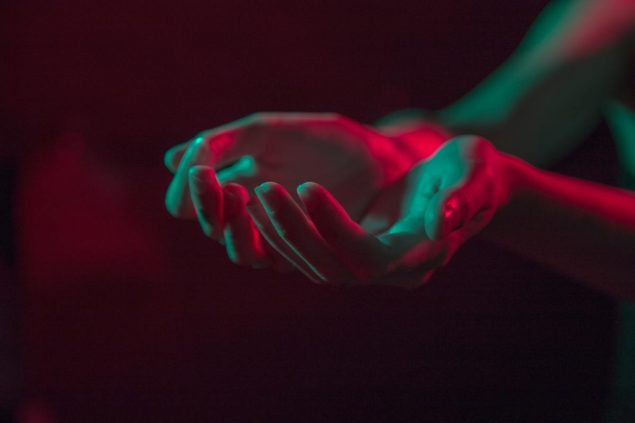 He values manliness, and this often is synonymous to violence. He abhors everything his late father Unoka stood for: gentleness, love for music, showing emotion, idleness. And so, he becomes the opposite of his father, is rich and powerful, rigid to a fault. However, he grows a peculiar fondness for his daughter Ezinma. And when this child falls ill and is taken into the forest by her mother Ekwefi, the narrator tells us that Okonkwo follows them into the night, and here we get to see how tender he can also be, how worried-to-death he is, despite his “manly” values.

In the story, he is a sexist patriarch, a loving father, the upholder of his culture, a murderer.

Okonkwo is not one thing.

These dimensions to his personality make him fully rounded, grounded in reality. He reminds us of the people we have lived with, people we have associated with, people who can be tender and offensive at the same time. People who aren’t perfect. Being many things at the same time gives the character texture. And Things Fall Apart is a wonderful example of how to craft a complex character without riddling your pages with sexism, upsetting your reader.

But it took a while before I learned this art of character dynamism.

Before now, I had often written emotionally manipulative stories. In 2016, I began to work on my second novel which follows the journey of a young woman in a community rife with social patriarchy. I deleted the first 68, 000 words because the story felt flat. One of the primary characters was too wooden. He was just a violent abuser, nothing more. I knew the story I wanted to tell but I didn’t have the language for it. So, I immersed myself in books.

I reread my favorites: everything from J. M. Coetzee to Chimamanda Ngozi Adichie, who have written stories about controversial and abusive characters. I took inventories of the primary characters’ actions on the pages, and it was only after I had put down Disgrace, that I realized how I can add dimensions to a sexist character.

In Coetzee’s Disgrace, we meet Professor David Lurie who abuses his position of power and intimidates his student into having sex with him. He is an arrogant creep who stalks women, body-shames them even. However, after his infamous disgrace, he moves in with his daughter Lucy in an attempt to make meaning out of the mess his life had become.

It is on this farm where he lives with Lucy that we begin to see different texture to this troublesome character, and Coetzee so perfectly crafts him that despite the sexism, the reader is never tempted to fling the book out of the window. Lurie keeps you engaged with his brilliance, his reluctant love for nature and dogs, his desperate love for his daughter, how often he fumbles, his honest attempt to become a better father, a better man. At the end of the book, he becomes a more appealing character and somewhat atones for his sins.

My close reading of these books opened my eyes. Remember, my aim is not to make the character likable, but to be honest on the page; for the character to become fully rounded, to deepen readers’ engagement with them.

So, consider these passages taken from my reworked manuscript:

Her father shook her awake at past midnight, when the cries of crickets flitted in from the open window, the room illuminated by the orange flame of the smoky kerosene lantern. He sat on the chair close to her bed, his elbows rested on his knees.

“Papa,” she said, as tried to make out the look on his face, to prepare her mind for what he wanted to say. It still hurt to move, and her stomach still felt as though someone had dug everything out. Still, she sat and said, “Good morning, Papa.”

He stared at her for a long time, his face shielded by dark shadows. The last time they stayed this way was that day, after the rioting boys wreaked havoc in Sabon Gari and burned the church. He brought her home and made their meal, the first time in many years. Later that night, she had woken to find him leaning by her bedside, weeping. He didn’t bother wiping the tears, or to muffle his cries. He said he had feared something bad would have happened to her. He said he had feared for her, not for his own fate. That night was the first time she would see him cry. But it was a different look in his eyes this time.

“You went and got pregnant, and then killed the child under my roof?” He was angry, but this was a cold, calculated anger. He was not shouting. He did not stutter. He waited for her to explain herself, as he always did. Heart-to-heart, he always called it.

“I am sorry, Papa,” she said. It was the only thing she could say.

Then he stood and walked out of the door, his feet padding heavily down the passage. She had almost sighed in relief when his footsteps returned, heavy with purpose. The glare from the extra lantern he had brought brightened the room, before he appeared at the door. He was holding a bunch of rattan canes, slim, long sticks bounded together at each end with black rope. She stood up.

He set the canes by the door, pointed to the bed and said, “Lie flat on the bed,” his voice barely above a whisper.

“Your aunt Okwy brought pregnancy from nowhere into my house. And you went and did the same thing? Ujo adiro gi n’anya, eh, so you have no fear in your eyes?”

“Papa, biko, you promised you won’t flog me again.”

She climbed into bed and flattened her stomach against the soft mattress, her head turned to the side, so she could see everything he did. Outside her window, the world was so dark, so still. He grabbed a cane, a long thing that was as thick as her thumb.

“Where did you get that pregnancy from?” he said.

“It was a mistake, Papa,” she began to explain.

He lifted his hand, the cane reaching for the ceiling, before he brought it down with so much might that it zipped through the air, before landing on her buttocks, the force lifting her skirt. She was numbed by the shock, her knees suddenly soft. And then she screamed. A hoarse cry that tore through the night, ringing throughout the compound. Neighbors jerked awake. Worried voices rose. Her father was undaunted.

I tried to add a texture to an archetypal violent male character. Here is a father who loves his daughter, who fears for her, but who is also a violent man.

We are often so upset with characters we consider “villains” that we over-indulge the “victim.” The camera is always on the “victim,” showing us what is done to them, how they are unfairly treated, with the intent of drawing out the deepest emotions from the readers. But this mechanism becomes too one-sided because a story feels more authentic when the characters are fully rounded. It gets harder to trust a protagonist whose story is told from the place of victimhood, such that they are not smudged, are perfect, have everything wrong done to them. A story told this way can seem even deceptive, cowardly. This can also unintentionally become injurious to them because the reader knows them as just one thing: victims, stunted or political agendas.

In Disgrace, we see Lurie struggling to atone for his transgressions. As the book progresses, we learn what he truly yearns for, what he is afraid of, his weakness, his strength, who he trusts, who he can turn to when he is troubled, his hopes and dreams and failures. This character who starts off in the story preying on young women is almost redeemed at the end of the page.

Knowing all the dimensions to your character, especially that sexist character, helps you in making them well-rounded, helps in curving that narrative arc, raises the stakes in the story, heightens the emotional question. And in all, your reader is intrigued. This intrigue prompts them to become emotionally invested in the story, despite the character’s faults. And that lets them see the character’s faults more clearly and fully. 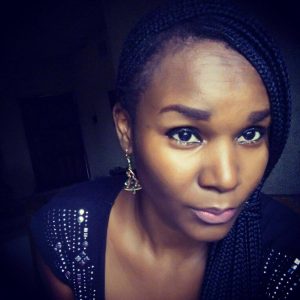 Ukamaka Olisakwe was born and raised in Kano, Nigeria. She authored one novel, EYES OF A GODDESS (Piraeus Books LLC, Massachusetts, 2012), and a one-hundred-episode TV series, THE CALABASH, which aired on DSTV in Africa in 2015/2016. She has had her work appear in the New York Times and on the BBC, and has been published in Jalada, Saraba, Sentinel Nigeria and Short Story Day Africa.

She was awarded an honorary fellowship in Writing from the International Writing Program at the University of Iowa. In 2014, she was chosen as one of the continent’s most promising writers under the age of 40 by the UNESCO World Book Capital. In 2018, she won the Vermont College of Fine Arts’ Emerging Writer Scholarship for the MFA in Writing and Publishing program.

by Ukamaka Olisakwe
The Practice of Joy: An Interview with Jen Currin

A Review of The Displaced: Refugee Writers on Refugee Lives

by Dayton...
Scroll to top