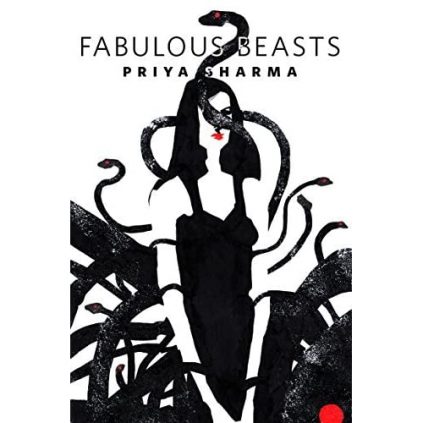 Sharma has said—in an interview with James Everington—that she “think[s] [she] write[s] speculative fiction because [she is], in truth, an escapist.” It was effortless to slip into a world of visceral horror and cruel intrigue. Secrets kept or unearthed play a significant role in the questions of identity, gender, and sexuality tackled within the collection.

In “Crow Palace,” a woman confronts both the memory of her mother and father, her quadriplegic twin, her clingy lover, and a murder of crows that live in the backyard. She wonders what it is to love and whether she truly loves her sister despite her faults or needs to love the man that loves her. The writing was visceral and images haunting. Sharma’s use of recurring photos helps keep the scenes fresh though the action takes place mainly in a single house.

Sharma has said, in interviews, that place and setting are significant to her work. “Rag and Bone,” exemplifies this. Set in a steam-punk, dystopian, Liverpool in which the wealthiest of society consume the flesh of those poorer folk. The language and feel of the town are decidedly British yet doesn’t distract from the universal question of gender and the universal horror of cannibals.

The male gaze and questions of gender identity are tackled in “The Anatomist’s Mnemonic” in a singularly horrific manner that nevertheless delivers pointed social insight as well as an engrossingly chilling tale. The central character, a hand fetishist, and intense depictions of body horror appear to be stand-ins for the objectification of women in this fantastic and macabre story. It has left an indelible mark on my soul.

“Egg” raises questions of parenthood. Desperate for a child, a mother-to-be makes a deal with a hag and ruminates on how much a mother can sacrifice and still love her child. As she comes to terms with the bizarre, avian, nature of her daughter, the mother learns what the story suggests: that the answer to that question is everything.

The titular story, “Fabulous Beasts,” ends with the rapturous embrace of monstrosity. This chilling and disturbing story may certainly not be for all audiences but is more than worthy of the British Fiction Award it won as a standalone short story. Again set in Liverpool, the story is narrated in first-person by a girl named Lola and tackles questions of identity, sexuality, and love. “Fabulous Beasts” kept me up the night I read it and would recommend this piece, and the entire collection, to anyone remotely interested in horror or dark fiction.

Sharma’s stories, typically called Weird fiction, filled my thoughts with blood, venom, and bone.  I set this book down and picked it back up again. Priya Sharma is a writer to watch. 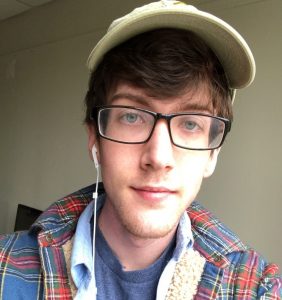 Jordan Glynn is a candidate in VCFA’s Writing & Publishing program. From South Carolina, his work has appeared in Florida State University’s Kudzu Review. He is an avid fan of scary stories and scarier movies.

by Jordan Glynn
A Review of The Displaced: Refugee Writers on Refugee Lives

A Profile of Caryn Mirriam-Goldberg

by Nicholas Howard
Scroll to top