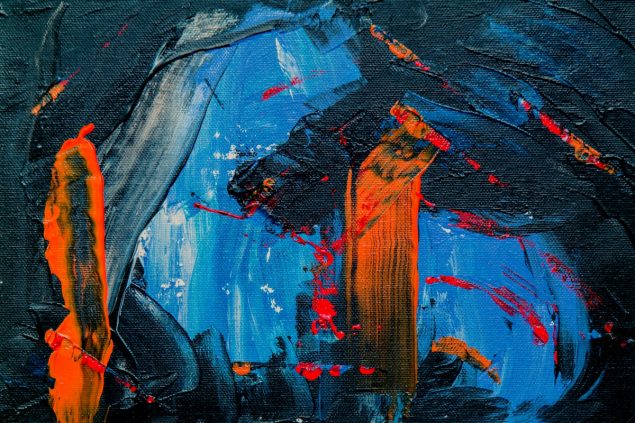 Yes, we all had a camp name.

A name you made up?

I expect to get into this, when I tell people I was a summer camp counselor. When they furrow their brow and smile. When they ask me if my co-workers called themselves Panther and Ponderosa.

Yes. There were in fact two counselors who called themselves Ponderosa.

There were songs everyone knew and silly skits and tears when goodbyes were uttered and falling in love beside river banks and forever friendships forged, then engraved upon wood cookies we wore like necklaces.

Yes and yes. And yes.

Summer camp is the place where Americans are allowed to get more American and hippies are allowed to denounce corporate gluttony – where budding 15-year-olds come of age in cult classics and pancakes are shared with grown men named Walrus and grown women named Tiger Lily. Or Panther. Or Ponderosa.

I was 18 when I signed on to be part of this longstanding stereotype. A good Oregon raised girl, it seemed only necessary to invest my time in at least one outdoor oriented, nature-based summer job. I was eager and untested. I, like so many novice campers, coveted a secret hunger for wild places, but didn’t yet know about the scent below the scent – the breath of bark and moss and mushroom during damp morning hours. I didn’t know about the kind of green you never recover from. I had not waited in a forest wordless – all goose bumped skin and plant light lungs. I was clueless and desperate with excitement. I was a cult classic protagonist, a wannabe hippie, a wide-eyed wilderness virgin.

But they hired me regardless. I’ve always done well in interviews.

“Tibet, don’t close your eyes, it makes it worse!” Lily hollers to me in her sweet singsong voice as I’m raised slowly upwards over an 80-foot ravine, strapped inside a harness that feels like an adult diaper.

She calls me Tibet because this is the camp counselor name I ceremoniously chose for myself.

No, I’ve never been to Tibet. And yes, I realize now, how embarrassing that is.

Lily is one of my 14-year-old campers and she’s trying to encourage me.

You see, being the adventure counselor means taking groups of kids on harnessed drops over forest canyons, among other things.

And when I said yes to this role, it was because I thought we’d be hiking or running near water, maybe howling at stars in a meadow. I’m skittish about heights and I’m not a particularly strong swimmer, but I’m good at quoting poetry and I can play two Dar Williams songs on my guitar. I assumed there was a balance to be struck. I had no idea the adventure counselor led horseback rides, whitewater rafting trips and 80-foot harness drops.

“Tibet! You look like you’re going to throw up!” That’s Anna, Lily’s not-so-sweet counterpart, and she taps her black fingernails against the hem of her ripped jeans.

I gaze out at treetops that are neither quilted nor velvet – that are nothing like the supple emblems described in my favorite nature prose. They are just spiky, pointed wood and they will skewer me like a fat cube of chicken if this harness breaks. I hold my breath and shake my head at Elk, the harness operator. He nods his shaggy mop of sun bleached hair and gives me a let’s-do-this thumbs up and a slightly stoned grin.

I shake my head more furiously, but he’s already preparing to release the cord.

I push the air out of my lungs as Elk hits the go button.

“Fuuuuuuck!” I scream – three – possibly four times – as I hurtle through air, as my innocent 14-year-old campers giggle until they can’t stand, as the honest wind tells my body a story of speed and force and falling.

It’s not so bad when you have a co-counselor schooled in adrenaline-based excursions. Moose, (that’s his chosen name), takes charge of the stuff I’m no good at – like charting paths through churning water in small rubber rafts and leading horses over steep ridges.

This gives me time to listen deeply, to have real conversations with our campers, to play the two Dar Williams songs I know on my guitar every night before they sleep and to tell the truth with unabashed frequency.

I’m scared we might be crushed under that horse if he trips.

I don’t know what we’d do if our raft sunk.

I’m not entirely sure where we are.

I don’t know how to pitch a tent.

Starting a fire is hard and we might never be able to do it without matches.

But when we camp along the beach I turn each raft into a castle. I string battery-powered lanterns above our heads and craft bouquets of soggy gummy worms. I make up stories about stars that lived in rivers and rivers filled with light. About the day the stars abandoned water and married sky to bring the world out of darkness. About the river, still in love, reflecting burning circles. About the water’s deep, sad beauty and the sky’s enormous gaze.

The girls hold gummy worms suspended between hand and mouth and listen with rapt focus. Moose studies the map with his flashlight and plans a route for tomorrow that will bring us adventure and safety in equal measure.

The summer finds its pace.

It’s an early morning hike when I pause with a group of girls at the threshold to a clearing. Fractured sunlight fills the veins of lucent plants as dewdrops make a fleeting plea for solid form.

The animal is so still he could be stone – brown rib cage pushing breath – head bowed toward grass and earth, antlers bigger than my torso.

Recognition ripples through each of us in turn until we saturate the field with our fierce collective attention. And because I want to make it real, I allow myself one word, muttered out loud – a naming of our wonder.

“He’s waiting up ahead on the trail,” Lily whispers.

“Not the human, the creature.” I reply.

“He’s not here either,” I smirk and for a second I think I’ve won her over, but she shakes her head disdainfully.

“I know.” But I didn’t know. My honesty simply surrendered to my pride.

In the movie Moonrise Kingdom, he’s a raccoon hat wearing eleven-year old, in Troop Beverly Hills, he’s a girl scout’s dad who was formerly an inattentive husband and in Wet Hot American Summer, he’s an asshole with a great body.

For me, he’s a quiet, bronze skinned counselor who plays the saxophone at campfire.

And though I try to keep the blush from rising, my girls can see right through me.

“Are you guys friends?” they query.

“I bet he has a girlfriend outside of camp,” they sigh.

What I know is that Pinecone makes me feel like I’m being harness dropped on repeat. What I know is that I’m only four years older than my hormone-ridden campers and I’m just barely able to transcend their terribly obvious way of crushing hard.

At campfire the moon is golden round. My girls hide mosquito bitten legs beneath a blue fleece blanket that they share between them. Pine Cone stands up to play his saxophone. He looks once in my direction before the first note sounds out like a wolf howl in the night.

Anna’s voice is barely a whisper – devoid of sarcasm. “He likes you. You two would be cool together.”

I don’t pull any punches. “I like him too. We would be cool together.”

She smiles a slow smile. She offers me the corner of her blanket. Saxophone notes wail and scatter and when the music is done, earth hums to help us navigate the silence.

Our muscles are strong and our burnt skin has peeled to reveal the perfect hue of summer. At night I fall asleep on a mat below a fir tree, while my girls slide secrets between tents. August’s grip is ripe.

In the final days of camp, Moose and I take our adventure warriors on a hike that ends in a cold plunge, or more specifically, submersion into a deep pool of frigid water at the base of a large waterfall.

Moose waits on the rim of the pool. His job – tie his rope to the rope each camper wears around their waist, so that no one is lost to the shock of icy water.

My job – hold each camper’s hand as they climb up the final rocky ledge below the pool and prepare for Moose to drop them in.

Instead of gripping my hand to steady her gait, Anna twines her fingers around mine. She doesn’t move up or down. Her green eyes are round. Her black mascara streaks her cheekbones.

“You’ve got this,” I cheer, with the same enthusiasm I’ve used on all the other campers before lifting them towards an abyss-like well of dark and freezing water.

Anna shakes her head and her fingers tighten. Then all the sound of excited kids and water crashing, it levels into static.

“That water is cold as shit.”

Anna nods and her eyes get wider.

“Not being able to see the bottom is scary,” I say. “I thought I was going to die the first time I did this.”

“But that’s why we have the rope. We’re on the other side of that rope. And you’re gonna be fine.”

“I know.”
The noise of the other soaked and gleeful campers is a chant of summer, of timeless friendship, of the crazy feral forest.

She pushes off my hand and climbs to Moose. He ties his rope to hers and she readies herself to drop. Anna finds my eyes and grins.

“Fuuuuuuuck!” she screams at the top of her lungs.

Then she closes her eyes and dives into the wild, lonely water.

Do your kids learn your real name at the end of the summer?

No. Your real name doesn’t matter anymore because it’s not what you remember.

What you remember is that the path to the dining hall is lined by rocks the color of ochre. Hummingbirds land often on the foxglove by the archery station, electric purple wings and pinpoint beaks. Skits are silly and some songs are cheesy, but communities gathered under the cherry plume of sunset to cherish something wild – it’s as necessary as air. Without screens or ringing phones, what you remember by the end of summer is that this togetherness matters. This forest home, this crazy coexistence of senseless beauty – this matters. And we, the fearful and the fearless, we will choose pride and we will choose truth, but we will all find our way through the deep and drowning water, back to each other.

More than anything, this matters.Authentic Sneakers | jordan Release Dates

The Lies And Illusions Of Lucy Sparrow
by Sharry Wright 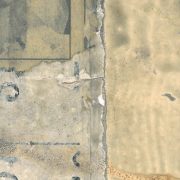 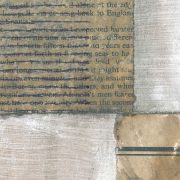 by Gina Tron
All the Pieces Came Together
by Chris J. Rice

What a Lonely Youth with Robots Taught Me: MST3K and Storytelling