Blog - Latest News
You are here: Home / Craft / What a Lonely Youth with Robots Taught Me: MST3K and Storytelling 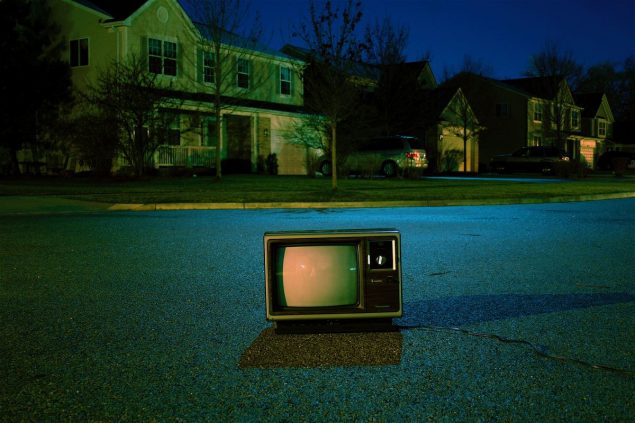 When I was a kid, my grandparents in Jackson had a bigger cable package than my folks did. Thanks to my frequent sleepovers at their home, I owe one of the greatest writing influences in my life to a show on that package. Since they went to bed at 9, I could pretty much watch anything that wasn’t nailed down. What could be more amazing, in 1991, than the concept of an entire Comedy Channel? I turned to it, hoping to find some stand-up.

What I found was a Japanese monster movie of some kind. It was being mocked by three shadows on the screen: two puppets and a guy, all with mild Midwestern voices and, as it turned out, the most delightfully absurd and addictive humor that I had ever heard from American comics.

Granted, I was a twelve-year-old girl from Mississippi. I found it easier to relate to Monty Python, Douglas Adams and Ren & Stimpy than to other actual human beings, I’d already decided that I was a comedy expert. I gave this matter my considered judgment. To this day, I have not changed it much.

Over twenty-five years later, Mystery Science Theater 3000, fronted by comic Joel Hodgson and later by head writer Michael J. Nelson, has become extremely influential in the field of American comedy. Even after its cancellation, its alumni brought the movie-mockery concept straight over to their own projects, Cinematic Titanic and Rifftrax. The show itself is being revived with a new generation of comics on Netflix. What the show has given me, though, is not only entertainment, but years’ worth of sneaky instruction in how to tell a story.

When a movie ended up on Mystery Science Theater 3000, or ends up today on Rifftrax, it wasn’t merely because its effects were bad, but because it possessed a deeper badness. It possessed an inability to entertain on its own merits. Many of these movies were unconcerned with actual storytelling. The filmmakers were chiefly concerned with another goal: importing cheap foreign movies for a profit (Pod People), taking advantage of lower production costs in a sunny clime (Final Justice), or displaying breasts on a grand scale (Village of the Giants).

We — you and I and anybody else classy enough to read Ephemeral Artery — are, of course, above such considerations. We are literary. We produce literary fiction for literary people. That is why it’s paramount that we expose ourselves and our work to the same ruthless mockery as the saddest of Z-grade films. We must never take our audience for granted. In the words of the late Richard Nagareda: “we must take our work seriously, but we must never take ourselves seriously.”

The kind of movies that were on MST3K had, despite themselves, important lessons to teach us about storytelling, particularly about pacing and characterization.

“So, what are we, about a half hour into this movie?”

— Manos: The Hands of Fate

Manos, a movie made on a bet by a small-town Texas businessman, became so famous through its MST3K appearance that it has become a top contender for the title of Worst Movie Ever Made. The tedium of this film is established upfront, minutes out of the gate. What happens? Nothing. The protagonists are riding in their convertible, down a road, past some fields, past some houses (unless they are hills). Some off-brand jazz is playing. Acres of nothing pass. The robots, whose job it is to find something, anything, to make fun of, are finally reduced to saying, “In summary, Manos: the Hands of Fate.”

Ask yourself: are you showing your character getting ready to go, getting in a car, and going someplace? Are you detailing how that character gets there? Is that critical to the storyline, plot, or character development? Do we care? Are you sure?

Absent some intervening circumstance, we will trust and believe you that a character in a given modern setting can take a car, bus, train, or even walk to the next scene. The conveyance of a character from one location to another is only relevant insofar as any other scene is relevant. Remember, if you are not interested by what you are writing, the reader won’t be, either. Sadly, it doesn’t necessarily follow that if you are fascinated by your writing, the reader will be fascinated as well.

You can speed your pacing by shortening your sentences and chopping them with line breaks to create a shortness of breath in the narrative, if you prefer a terser style. Alternatively, you can lace a crash of events into long sentences that refuse to let go, as Gerry Visco shows in his analysis of Tobias Wolff’s famous gem of a story, “Bullet in the Brain.” Keep it swift. You will keep the reader with you.

— The Touch of Satan

In this movie, a couple in what we are assured is love angsts about the fact that one of them is an immortal witch who made a deal with the devil out in colonial 19th-century Burbank. They indicate the gravity of their dialogue by measuring it out through long pauses. It does not have the desired effect. Instead of suspense and dread, we get doldrums and whining.

Don’t parcel out information and interaction purely to drag out events or pad a scene. This, as we see above, does not equate suspense. As Alfred Hitchcock said, “Suspense is essentially an emotional process. Therefore, you can only get the suspense element going by giving the audience information.” In order to involve the audience emotionally, they must, indeed, care. And in order to get the audience to care, we need —

“I will not accept this as our star, sorry… Can I see your supervisor, movie? This will not stand!”

“It stars nobody and features nothing. I hope you gag on it.”

— Track of the Moon Beast

“So, basically, the hero is this guy. I think it’s time we all face that fact.”

The kind of movies featured on MST3K often presented protagonists that were less than inspiring. Sometimes, as in Track of the Moon Beast or The Pumaman, the nominal heroes are helpless, flailing white dudes inexplicably seconded by intelligent, competent men of color who supply the plot’s necessary lore and save their bacon at every turn. Sometimes, as in Time Chasers, the protagonist just doesn’t protagonate, at least not to start with — he goes to the supermarket, taps at the computer, and watches TV.

Is your protagonist someone worth watching — that is, reading about? Why? Examine them closely. Question your assumptions as to why you expect so. Is there another character in the story standing just behind them? Someone whose perspective might be more exciting or informative? Is this (to paraphrase another writer) the most important story in the protagonist’s life? If not, why aren’t you telling that one, or telling this story from the perspective of someone for whom, indeed, it is?

Anyone who has read a dull workshop story with a character whose main drive in life is apparently staring at baristas will at least recognize why and how we lose our patience with a main character that is not very main. Steven James writes, “Usually if a reader says she’s bored or that ‘nothing’s happening in the story,’ she doesn’t necessarily mean that events aren’t occurring, but rather that she doesn’t see the protagonist taking natural, logical steps to try and solve his struggle.”

Consider for yourself: what is your protagonist’s struggle? What are some “natural, logical” steps that they might take in response to it? What’s natural and logical for the protagonist needs to be defined subjectively, of course, especially if the protagonist is as flawed as the rest of us, and is likely to come up with some “logical” solution to their own problem that isn’t quite right. The clarity of your depiction, and of this action, will keep your reader with you.

In summary, I do not mean to argue that MST3K intended more import than any other comedy show. Nor would I argue that everyone should forego literary experimentation and place cinematic values first. Yet, I do believe that this show can teach writers to respect the audience, to understand that the viewer (or reader) is offering their time and attention up to us, as creators. We must respect that gift of attention, and treat it with gratitude, or lose it.