Blog - Latest News
You are here: Home / Interviews / An Interview with David Shields 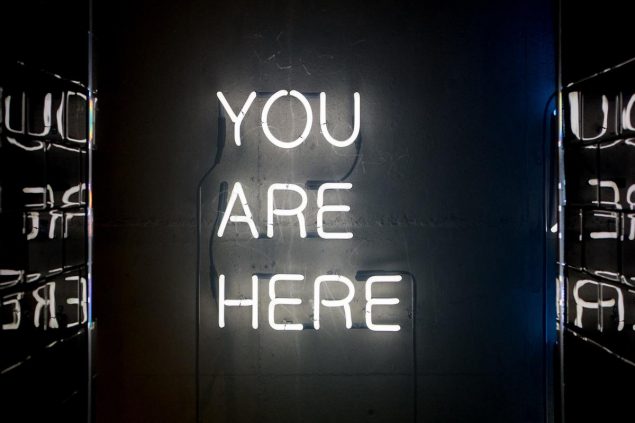 It’s a gray Tuesday evening, rainy and cold, when I FaceTime with my former professor David Shields from my apartment in Montpelier, Vermont. He’s walking in Seattle, where, much to my surprise, the sun is shining brilliantly. He wears sunglasses, his signature black hat and jacket.

We talk for a while about what we’ve been doing. It’s been two months since I took a three-week course with him here at VCFA. He talks about recent screenings of his new film, Lynch, his upcoming travel plans. When we shift our conversation to my pre-prepared questions, it feels natural. It feels like a continuation of our seemingly never-ending discussions about genre, plagiarism, and the future of collage.

Amanda Leahy: For me, Reality Hunger was a very important book. It changed the way I think about what reading and writing are and should be. It has certainly changed the way I approach my own writing. I’ve read some of your other work published after Reality Hunger, and am interested in how you see the development of your own aesthetic. If you think about the trajectory your work has taken since Reality Hunger, do you think your aesthetic and beliefs about collage have changed at all? If so, how?

David Shields: Reality Hunger came out in 2010, almost ten years ago now. For a long time, I told myself that that [Reality Hunger] was done and that I had moved on to other things. If I’m being honest, though, that book really was a watershed moment for me. The dozen I’ve written or co-written since are all trying to deepen, extend, and embody the argument of Reality Hunger.

If Reality Hunger is the theory, then these dozen books are the practice.

AL: I think that makes a lot of sense, and I think there’s a degree to which your readership is very drawn to that quality in your work—the attempt(s) to embody of your own theory.  It’s interesting—I remember reading an old interview you did with Tin House in 2010. You said, “When I think about the degree to which I like or do not like certain books of mine, it’s all about the degree to which I think I investigated the topic from every possible angle and at the deepest level.” So, in light of what you were just saying about your work, are there certain books of yours that you like more than others today?

DS: When I think of books of mine, they strike me as fulfilling when they hit that exact criterion: they take a subject, some enormous topic—race, sex, death, war, beauty, reality, etc.—and they do a decent job of surrounding the topic from every possible angle. Books of mine I like—Remote (my first collage), Black Planet, The Thing About Life Is That One Day You’ll Be Dead, Reality Hunger—strike me as offering reasonably rigorous investigations of their impossibly large subjects. What I like about Reality Hunger in particular is how it embodies what it theorizes: the blurring of genres, the argument against copyright, the dissolution of the author as ‘I.’ That is, it’s not really a work of criticism; it’s more like an embodied work of performance art. It does what it’s calling for. That was sheer luck. It wasn’t conscious strategy.

AL: I think that’s such an integral part of its power, especially when one reads it for the first time. The chaos that ensues when it becomes clear that not everything is, for lack of a better word, “original.” I love that about it. When I read The Trouble With Men, I had to read it as an eBook.  It was a much different experience than reading Reality Hunger, because the citations were right there next to each section that was quoted.  By then, I knew you from class and knew, I think, how you wanted the book to be read, what you wanted the reader’s experience to be like, so it didn’t kill the book for me. But it was definitely somewhat distracting, having those citations there.

DS: As you can imagine, I argued strongly against that. Reality Hunger, when it was first submitted, included no citations whatsoever and would have stayed that way if it had been up to me. But in The Trouble With Men, I argued long and hard to have no citations, or to move them to the back; obviously, I lost that argument. It was a book submitted at the height of the Weinstein revelations and the birth of the #metoo movement, and there was a general sense of, Does anyone right now want to hear anything at all about a late-middle-aged, straight, white man’s sexual psyche? Yes and no. It already had a lot of hurdles to get through. Formally, it’s an unusual book as well. Five chapters broken in dozens of mini-chapters that are awash in lines from other people. To add the legal layer on top of that did not—from my agent’s and editor’s point of view—seem to be the most useful approach, to put it mildly. I came to agree, if reluctantly so, but I would say that in my aesthetic it doesn’t matter anymore who says what.

Bob Dylan and Richard Prince are two examples of people staying hard and fast to their magpie aesthetic. I admire that. I try to do that; I don’t always manage to pull it off. From the beginning of civilization, whether we’re talking about the Bible or the alphabet or rap today, art has always been invested in borrowing.  “Plagiarism and creativity are synonymous” is a line I’m stealing from someone else right now. We’re trapped in this trial-by-Google culture. Everyone can look up everything. But before the internet, this is what literature already was: borrowing, processing, remixing. Every monumental work of art is a tissue of what has been taken and transformed. Reality Hunger was and is an attempt to break that hold, to extend, flip, and break that argument. Nothing interesting isn’t gray.

AL: So, what comes after collage? Do you think we’re moving toward a breakdown of genre, of the authorial ‘I’? What would that even look like?

DS: What’s next? I would just say, stay tuned. Part of the reason it’s fun to speak with you, with those who are much younger, is that I don’t know what’s next. What do you think is next?

If we begin with a godlike author creating an omniscient world in which we are supposed to genuflect to the author, if we begin with Homer, for instance, through the nineteenth century novel, then maybe the modern novel shoots holes in that. And then postmodernism shoots holes in the holes. And then post-postmodernism shoots holes in the holes of the holes. Collage (seriously investigative, highly self-reflexive, deeply philosophical book-length essay) feels like the last step or stage of post-postmodernism to me. All the questions of what’s real, what’s truth, what’s memory, what’s fiction, what’s a self, how much can one self really know another self—these are all played out on the page “for real,” as it were, rather within can be for me sometimes the relatively safe precincts of, say, Nabokov’s Pale Fire. I love the false frame of “nonfiction,” and blowing that frame to bits on the page for “real.”

To your question about the idea of the author vanishing: I think I would say good riddance. My voice is only a vector on the grid of a larger thematic matrix.  I think one of my hopes for my own writing is that at some point the ego will disappear into a larger thematic ‘we.’ I think that’s, perhaps, one way to start thinking about this.

I spent a lot of time considering David’s response, as well as the question of how our understanding of genre will (should?) continue to morph if we are to push the boundaries of what writing is and what it can do further. I still don’t know how to answer.

What I do find myself paying more and more attention to, however, are the ways in which our world feels less and less compelled by the need to categorize in order to understand. I think, for example, of how in my own lifetime, our societal understanding of gender (which, appropriately, shares a root with the word “genre”) has been opened up and is being radically and continually revised. If the practice of writing is always an articulation of self, in such a world, how could we not expect to see more and more writing that resists and defies outdated modes of categorization?

While I continue to form my answer, I remain optimistic that we can expect, perhaps sooner than later, to see our own understanding(s) of writing re-written. 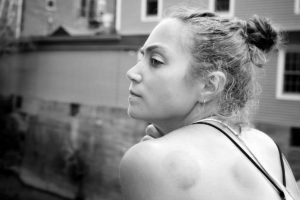 Amanda Leahy is a poet from Lowell, Massachusetts. Her work has appeared in Thin Air; Anthropocene; Cease, Cows; The Laurel Review, & elsewhere. 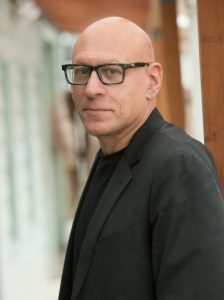 David Shields is the internationally bestselling author of twenty-two books, including REALITY HUNGER: A MANIFESTO (named one of the best books of 2010 by more than thirty publications), THE THING ABOUT LIFE IS THAT ONE DAY YOU’LL BE DEAD (New York Times bestseller), BLACK PLANET (finalist for the National Book Critics Circle Award), & OTHER PEOPLE: TAKES & MISTAKES (NYTBR Editors’ Choice). NOBODY HATES TRUMP MORE THAN TRUMP: AN INTERVENTION & THE TROUBLE WITH MEN: REFLECTIONS ON SEX, LOVE, MARRIAGE, PORN, & POWER are his most recent books. The film adaptation of I Think You’re Totally Wrong: A Quarrel, in which Shields co-stars, was released by First Pond Entertainment in 2017; forthcoming in 2019 & 2020 are two of Shields’s documentary films: Lynch: A History & Burning Down the Louvre. A recipient of Guggenheim and NEA fellowships and a senior contributing editor of Conjunctions, Shields has published essays & stories inThe New York Times Magazine, Harper’s, Esquire, Yale Review, Salon, Slate, McSweeney’s, & Believer. His work has been translated into two dozen languages.

by Amanda Leahy
The Making of a Monster: A Craft Analysis of Joker