First week of school all my pens clench up.
Faulty by the boxful, snapped pencil points.
What few words there are are warped.
Chalk shrieks but works. The milk-black
board is a wall between me & someone
named OKBOL RM, who has scrawled
his mirrorish plea: KCUTS MA I. PLEH.
Someone should be the pen tester,
I’ll do it for minimum wage. Someone
should memorize everything everyone says.
As a prank my students sign their essays
in code so I have to sleuth out their identities.
The saddest I have ever been is being wrong.
In the meantime I summon invisible
hurricanes in the margins of their papers,
angry Braille I plan to send to Bic’s
cabal of admen. Writes the first time
every time! I want to impress that joke
on their boardroom table using an awl.
What I have to say I have to say now:
first word best word, like Ginsberg said,
I hope he’s the incubus of their dreams
with his struck tambourine. Once he read Blake
to a tribal beat at a high school 20 years ago,
a woman I knew was there reported
that was her first encounter with madness.
Maybe. It might have been care, a desire
to chronicle some largeness inside, a thought
I didn’t have for years until that Saturday
that December when I called my father back,
learned a fact, & felt a tiny brass bearing
give in my chest. Black noise poured out.
What if our various desperations never escape?
Not everyone enjoys those rolls of typewriter paper
taped end-to-end together so there’s no stopping,
flying around like a storm of silk drapes
at the eye of which the prophet seizes.
At best we have jetstream swirls of white & blue
tissue shot from air cannons. We have
the big game tonight. Our school colors
become confetti mania, it’s like these firehoses
draw raw hue from a reservoir
I never knew was there. I thought we lived
in the desert & then this warm storm
whites the crowd out. Everyone is shouting
what a killer Homecoming, the clouds
in cut-up riot, & I know it’s only halftime
& nothing official is happening but
the team has to know that here
on the other side of this fluttering wall
we’re all making the same sign: It’s Good. 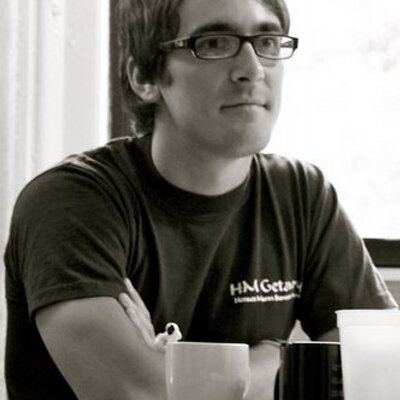 W. M. Lobko’s poems, interviews, & reviews have appeared in journals such as Slice, Boston Review, Seneca Review, The Literary Review, & Grist. His work has been nominated for a Pushcart Prize. He is a Founding Editor of TUBA, a new review of poetry & art.