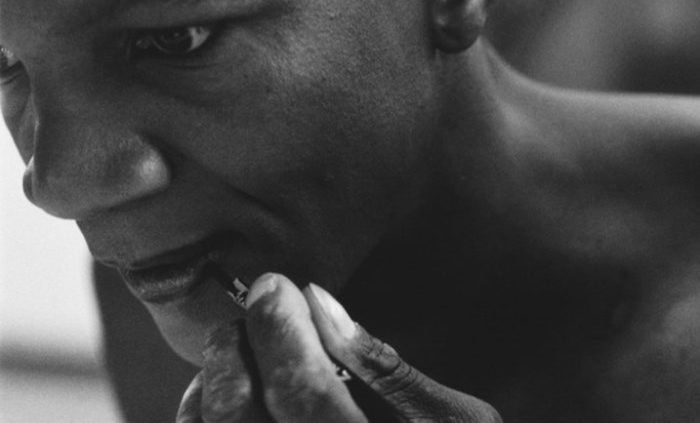 This was back when meaning was trapped
in pebbled covers the color of his suit.
This was back when meaning
was the engine up the drive
and you had to shut the heavy book,
hoist it to the shelf before his feet
squeaked ink-black on the foyer tile.
Those long spines lined the wall—yes,
the press of their yellow smells,
pained creak when opened clean
and print small and closed as secrets
of the body, all the bones
whose terms he knew. Inside
they guarded the city he drove to,
charted the engine he steered
down morning streets, and flattened his clinic’s
beds and needs, disease gone gray
and red with root-word news
bound to diagrams,
sheeted still in Latin names. Nights
he came home to them. He’d stop
to drop his coins and keys, head level
with the brown stripe that crossed
their lettered backs and made them brothers.
You couldn’t reach when he was there,
but in the sprawling hours before
you could climb to pull one down and find
Q through S, hiss at pages
thin as breath, move your hands over
Sinew or Signs. Then he’d return,
forehead bent to their handsome gleam.
He’d hold envelopes to the lamp
and prop files against the phone.
He’d make calls and go back out again.
Later, you’d know more,
but back then he was a man
tall as a high shelf, which meant far,
then vanishing, the collar in the door.

Grief wants her lean and pink
taking the sidewalk in warm sandals
and a summer dress. Her tenth June
is a hard plum’s shine. The sun is cotton.
Here’s honey in the light
and a car-horn two blocks behind
that has no grip on her body, loping
under the poplars.
Grief says Just now let her be lonely:
it will make the next part sweeter
and puts her sisters ahead on the curb,
the skin on their knees
shining like a wedding. Let her laugh
with them, spin down to the grass.
She can kick her feet high
and swing a shoulder
through the smallest girl’s hair
then rise up still laughing. Grief needs
a red-brick house on the corner
for her to enter. Grief will build it.
And a mother in the kitchen, bent over
some steam lifting. It’s time
for her to touch her mother’s arm,
walk past her to the rose-red chair
with the book in it. It’s time to sit
and let her face find the words like a pulse.
She has all afternoon. Grief wants her back
to the window as the light moves, which it will.
What happens next? I didn’t know her then,
I wasn’t even born. Grief won’t know
her now on the couch at seventy,
curled and mottled
in a pale nightgown. Grief won’t
moan her name. Take her like this instead:
twill pinafore, book in the lap, sprawling back
into dark roses, summer’s arms. 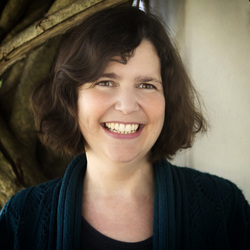 Sally Rosen Kindred is the author of two books of poems from Mayapple Press, BOOK OF ASTERS (2014) and NO EDEN (2011), and the chapbooks GARNET LANTERNS (Anabiosis Press, 2006) and DARLING HANDS, DARLING TONGUE  (Hyacinth Girl Press, 2013). Her new chapbook, SAYS THE FOREST TO THE GIRL is out from Porkbelly Press. She has received two Individual Artist Awards from the Maryland State Arts Council, and she is a poetry editor for The Baltimore Review.

Sally Rosen Kindred
Missing the Illusion of One
Sara Michas-Martin