Blog - Latest News
You are here: Home / Interviews / Beyond Words: An Interview with Shozan Jack Haubner 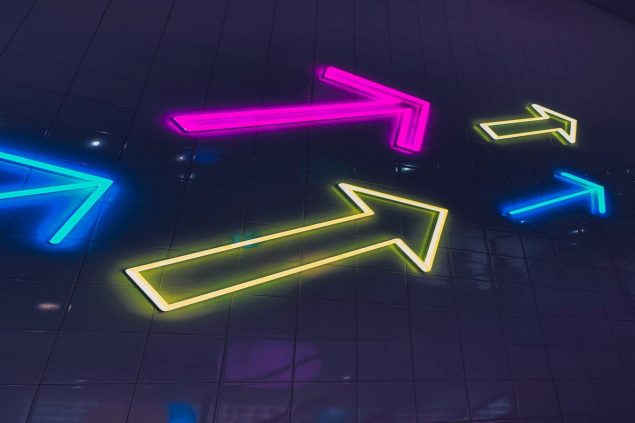 Shozan Jack Haubner is a Zen monk and the author of Zen Confidential, released in 2013, and Single White Monk, forthcoming in October 2017, both from Shambhala Publications. His work has been featured in The Sun, Buddhadharma, Tricycle and Lion’s Roar. The pen name Shozan Jack Haubner is a nod to the Zen monks of old who were also writers and painters and took a different name for their creative projects. I first ran across his work when I was a brand-new Buddhist trying to soak up all the literature I could find about the practice.

The Zen literary tradition is full of apocryphal stories about the Buddha’s life and path, consistent entreaties to look inward for the answers to the questions we all ask ourselves every day, and lots of allegories involving animals. Most of it could be described as quiet and calm writing designed to guide the reader toward their spiritual destiny. This destiny involves sitting cross-legged on a cushion and staring at the wall for hours at a time. Not much of it is particularly funny. Until you read Haubner.

In Zen Confidential’s introductory chapter, he warns his readers about what they’re in for:

A Zen monk, I feel, is someone unafraid of being bare. He leaves himself exposed, spread-eagle, always. And so you are witness to the most intimate workings of the human spirit. His approach may be crude, but it is the exact opposite of pornography, so much so that an analogy is inevitable: he strips himself away, layer after layer, to reveal your own image and likeness, the one we all have in common, staring back at you from the space where he used to be. The private is made public, universal.

Put more modestly, all work that seeks that which is fresh and true is “dirty.” And all monastic work is dirty. And so I will try to undress before you in the pages to come. I will get shy and excited. It will get a little weird at times. I’m warning you.

The book’s next essay is a discussion of how, as a newbie or “chicken monk” in the Zen parlance, Haubner tamed the monastery’s composting toilets. “Middle Way Manager” in Tricycle describes the writer dealing with a unexpected overwhelming post-ordination humility as he grapples with his important new role at the temple but also describes in detail how he comes to step accidentally in a bucket of pee. “Spring Prayer” from Lion’s Roar is just that—Haubner’s heartfelt hopes for humanity offered as the sun finally returns to the mountain that houses the monastery. It also involves bug fornication and snakes.

Since Haubner’s second book is slated for later this year, it seemed a good time for an interview.

KM: When you first went to the monastery, did you plan to write about it so deeply?

Haubner: When I went to the monastery I quit writing. I offered it up. Just before I went I had taken some time off from working in Hollywood as a script editor to try and finish my own script. And then I just plain ran out of gas. It was sort of a tectonic-plates- shifting-underneath-the-surface-time in my life. One of the big shifts was that I decided I don’t have left anything to say right now. I have to let this go. I have to go deeper into life before I ever have anything to say again as a writer. Hollywood will do that to you.

Hollywood is good in the sense that you learn the craft of storytelling; you learn how to write tight, lean, economical stories and how to do character development. But it’s also a place that can, in a very subtle way, take what you’re passionate about, and what you know as a writer, and force you to try and make that marketable to the point where you lose your voice.

So I had no notion of getting [monastery life] down on paper. Then about six months into my stay I got a package from my mom at Christmas, and in it was this beautiful hardbound notebook. I started taking notes about life at the Zen Center. It felt good. I used clean handwriting; usually my handwriting is a disaster, but there was just something about this beautiful book. About six months after that I got the idea to write something about the composting toilets. It was just low-hanging fruit. It was too good.

KM: Like a lot of your essays, it’s really a return to the self, and that self is often debased and very funny.

Haubner: A lot of times I’ll sit with an experience and let it germinate. Part of it will be something that happened to me, and part of it will be something that I’m trying to work through in my practice. Usually I’ll try to throw a little bit of humor in there, for sure. Once I get going on a piece, it’s like, how am I gonna make this readable? Over and over again, what seems to come up is the human side of the practice. And the human side is usually pretty humorous.

KM: Do you take the same approach with your second book?

Haubner: I’ve got a lot fewer portmanteaus and poop jokes in this book. We can all be grateful for that. I think in the first book I was more of a greenhorn, a newbie. I was kind of in love with this new way of life, this monk’s life.

Actually, the night I handed in the draft of my second book, my teacher, the Roshi, got really sick. That was the beginning of a series of deaths and challenges in our community. With this book I just kind of dove into all that. It’s largely a book about death. It’s humorous, I hope, but the themes are more serious and more focused.

KM: The Zen tradition seems to de-emphasize both reading and writing in favor of direct experience of the practice. How do you make peace with this as a writer?

Haubner: That’s a really deep question. I don’t have an easy answer for it. The practice of Zen comes from this apocryphal figure named Bodhidharma in the 5th Century. This guy was a spiritual descendant of Buddha, and he thought that the whole system of Buddhism in India had become too rigid and intellectualized. He practiced wallgazing, which was, basically, sitting in his cave. He sat in his cave and he stared at the wall. One of the things he supposedly said was that Zen is a tradition that exists outside of any words or scripture. That was over 1,500 years ago, yet that spirit really still survives today. So you’ve rightly sensed a kind of prohibition, or suspicion, about trying to capture experience through words in Zen.

I’m definitely conflicted about it as a writer. I don’t have this all worked out. I do think it’s really helpful for writers to occasionally be able to get away from words.

For me it’s a really deep question of what role does capturing experience in words actually play? Is writing in itself a kind of spiritual practice, and if so, how? If so, what does it mean when you’re trying to find a way of making a career out of it? How can that path wind together with a more formal spiritual practice like Zen?

KM: I’m thinking about that too. I hate to set aside my spiritual practice to spend more time writing; that doesn’t feel right. But neither does participating at the level one is often expected to in any more formal tradition. Haubner: Right. Me too. I’ve struggled with this from day one, in one way or another. Why can’t my self-expression, my personal journey—these very Western concepts—why can’t that path exist right alongside this spiritual, Zen path?

For one thing, I would like to find a way—I think there’s got to be a way—to include creativity in Zen practice somehow. I’m a writer. Zen has been great for my writing. It’s given me access to parts of myself that I never could have gone to just with words. Silence is really important.

I find myself asking the question of what a practice is for. One answer is that your Zen practice is there for you when the writing isn’t working. And when it is working. It’s bigger and deeper than your personal projects. It’s not necessarily going to serve your project or torpedo it. Your sitting can’t be in the service of your writing in the same way that if you’re a Catholic, you can’t just come to church and pray for stuff that you want. So I go back and forth on this. I think to myself, where does my path end and my project begin, and vice versa?

I find this with new students. They’re wondering how to do the practice, and does it work? Am I doing it right? Am I wasting my time? It’s an ongoing question for people because it’s such a simple, straightforward practice.

It’s not very sexy. It doesn’t promise you a lot. You sit, and breathe.

Shozan Jack Haubner is the pen name of a Zen monk whose humorous essays have appeared in Tricycle, Buddhadharma, the Shambhala Sun, and The Sun, as well as in the Best Buddhist Writing series. He is the winner of a 2012 Pushcart Prize. The events described in his books are true. Shozan’s name has been changed to protect the innocent.bridge media | Air Jordan 1 Retro High OG “UNC Patent Leather” Obsidian/Blue Chill-White UK