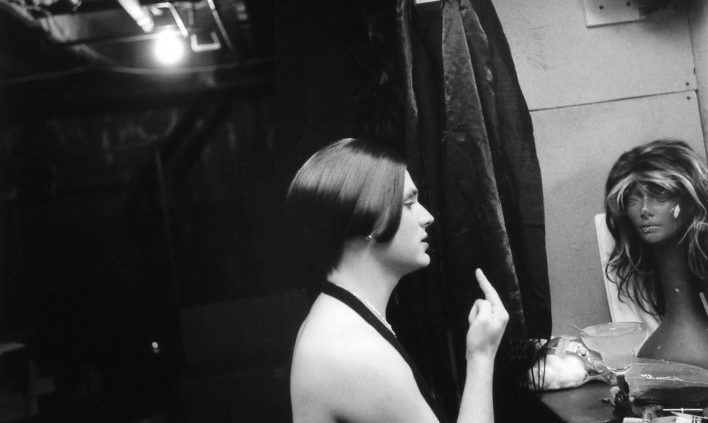 I was a gerund,
filling the holes like water for lakes. I ate
until I was gone, the world—

made round in my middle. Wallow-eyed,
I was the beast.

I polished off each animal like a silver urn.

Emptiness was an egret. I left.
The stomach was hollowed ground,

and I filled myself with bone, each rib a crackling key of a pianola.
Each mammal sang a wooden tune, the fish

and birds clarinet. I inhaled them
like first thoughts.

To learn the language of hunger, one must vowelize all sounds.
The rubber boa, the snowshoe hare, pika—

each one a friend,
each friend a sound.

The coyote was flint-clawed, each of his rocks
narrowed down to saber.

He waited for me, fed me himself. I swallowed
and the canine traversed my pipes. His tail balled in my
neck, his daggers in my pink.

For when I was full, the world was silent.
The world began as it always does:
dark as womb, empty of stars,

tings as knife on glass. Lipless, without body,

I rested. Put my heart here, I wanted to say.

When my blood scattered, our populous—this was the war song. I was not sorry
for such calls, the way each person sprouted from a drop, and later

sang holes
into each other’s skin. 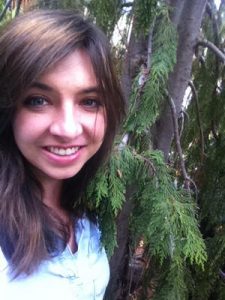 Katrin Tschirgi received her BA in English from Boston College where she was a Denver fellow and the recipient of the McCarthy and Kelleher Awards. She subsequently earned her MFA from Bowling Green State University, where she served as the managing editor for Mid-American Review. Her prose and poetry have appeared in Washington Square Review, The Literary Review, The Normal School, Passenges North, and elsewhere. She is originally from Boise, Idaho.

The Hole I Dug