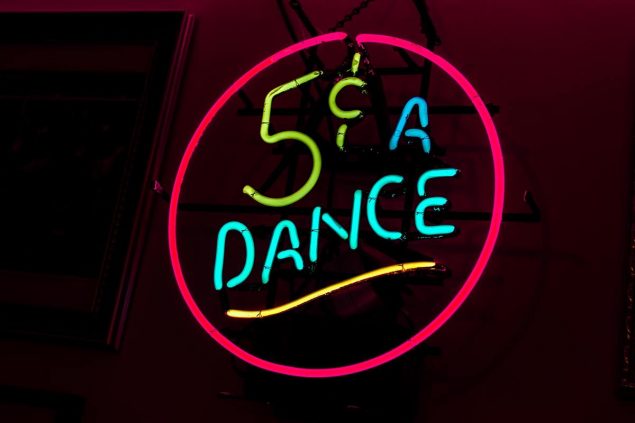 Travel, community, writing, art, and finding ways to combine these passions are consistent themes in my life. I recently met an author from LA who fully embodies this notion of a creative and wandering imagination and I had to find out more. Trinie Dalton is the author of six books including most recently Baby Geisha, as well as Sweet Tomb, Dear New Girl or Whatever Your Name Is, and Mythtym. All are deeply set within sensual worlds full of magical details and imaginative and playful language. The rich images are so unexpected that her stories often make me laugh out loud. She also curates exhibitions, works on collaborative art projects, writes art critiques and essays. Interdisciplinary creativity is her forte. She lives it, loves it, and teaches it. We met at the Vermont College of Fine Art, where she is on the faculty and I’m a grad student. I invited her to join me for tea and shortbread one afternoon. We sat down in a small office room at the library with comfortable armchairs and windows overlooking the college green.

I wanted to talk about travel, community and what sparks her prolific imagination. Was she always telling stories?

Trinie’s answer is so sure and so solid. “Yes. I was a kid who wanted to be a writer. Artist or writer.” Her schooling initially focused on art, and then later switched to poetry. Her prose is condensed, full of vibrant language with few wasted words. Poetry makes writers aware of each single word and there’s little in her work that comes without a punch or a tickle. The longest piece she’s written so far is Sweet Tomb, a novella: it was at one point a 200-page manuscript and ended up being under 100 pages when published. Trinie grinned at the memory of editing it down to that slim book. A goal of hers is to have a shelf at home full of her own books with each unique in size, style and even in content. “It’s a real preoccupation for me,” she admitted with a shrug and smile before speaking of her present work. One is a fine art project which will be a limited edition, singular in shape and form. There’s also a book of photography with text. Another is a collection of essays that will be mostly text with only a few black-and-white images. Trinie explained how agents can be helpful for writers with this kind of broad range as they can suggest different publishers to fit each genre. Word of mouth is key with her publishing work, curating art shows, writing articles, painting, teaching, and even creating cross-discipline exhibitions; the LA community knows her work and supports her fully. We then talked more of community and our roles within them, and she has advice for me as I’d just moved cross country for graduate school.

“My experience here in Vermont is that you can create a community but unless you make stuff happen, people will have their own microcosms, stay to themselves. It takes energy and being proactive, but it’s doable.”

The concept of community and its importance comes up often in our conversation and we loop back to it from different directions and digressions. Trinie talked of how she stays in touch with people for a long time, and of building a strong community having grown up and lived most of her life in LA. There is also the idea of maintaining a nomadic community from her travels as an artist and teacher, and “you just see each other during those travels, in those overlapping worlds.” For now, she’s mostly in New York, the Southwest, and Portland, Oregon. She also travels to Vermont to teach at VCFA four times a year. “Traveling is really good for inspiration, but I’m consciously practicing being in one place as I’m not very good at it,” she admitted. “I like having a home base, but I’m used to living in two or three places at any time.” “Landscape is an important factor for a lot of people,” Trinie said, explaining how she now lives in Joshua Tree in the Mojave Desert because “wilderness ethics are important to me.” No matter where she lives, though, LA is ingrained in her diction and infects her writing. Her stories aren’t set in the city but all over the world yet there’s something in her humor, rhythm, and conversational style, one that feels authentically Southern Californian. She then mentioned her love of airports. “I’ve written whole books on airplanes,” she said, adding “you can hear a great variety of speech patterns and languages. You might hear five different languages within minutes. Inspiring.”
What could be better for a hungry mind like hers than to travel, teach, create?

I asked about using a variety of locations as well as points of view, and what was her preference these days. “I got irritated with third person, having to create characters from scratch. I wanted to talk directly. When I work on prose, I’m not in the mood to build those characters right now. I’m interested in the limitations of first person and that it implies autobiography yet how it blurs and there are moments and questions of what is true, what isn’t.” Trinie added, “I like the ability to move within that view point.”
Then, she admitted to being irritated when after a reading she’s asked if something had actually happened to her or not. “That’s not the point of the work,” she said. “It’s about textures for me.”

We then talked about how fiction and nonfiction are both based on scene, character, on making selections, and of the different ways to reach that truth: the poetic, emotional, or journalistic truth. Trinie sees this blurring as a freedom. Her characters come from action and not necessarily a traditional plot. Her stories are often absurd, details are missing, and the language twists you in unexpected ways.

With a focus on creating a “source of anxiety” in her characters, Trinie depicts that unease with immediacy, like a painter does, which is unsurprising as all forms of creativity are continuous to her. She moves back and forth between art and words, between the visual and verbal, partly because she’s not very good at just sitting at a desk; it’s not physical enough. This movement between forms bleeds into many of her projects. Mythtym is, for example, a compendium of work she’d made on her own as well as pieces contributed from artists, cartoonists, critics, and others less definable. They then brought Mythtym into public events, art exhibitions, and film screenings. The latest works in progress are a mix of solo projects as well as collaborative, saying “I always have both so that I can move between them.” For the last ten years Trinie didn’t have a separate studio, but now her home has a place for her tables of artwork, writings and collage materials. As her days are always different, she divides them up with time for teaching, for family and friends, as well as for her creative projects, at least one or two per day and she says, “It’s not the clock per se. Creating habit is important no matter how it looks, even though it’s hard at times to stick to it.”

It’s an interesting process to know when, where, and how we create, one all of us need to discover for ourselves. I’m always fascinated in hearing about how other writers work best and ask Trinie about this preoccupation with the lives behind the works.

“Yes, I’m interested in biographies of authors and painters, who they are and how they create,” she said. “On a personal level, especially the question of longevity, finding role models makes all the difference. It’s great to see how they do it and to be inspired on that level. Yet, it can be difficult, not all boundaries are respected. If that writer wants to be private, or perhaps this person is so horrendous and disgusting, how do you work with it? How do you support that writer if you aren’t comfortable with their lifestyles? There’s a slippery slope of when and how to separate the person from the work. These are the complex questions that interest me; the conversations we need as artists.”

Trinie talked of how it’s not good to stay in a bubble of comfort as an artist. She likes to confront and grapple with these questions, saying that an author’s troubled past and history still teach us even if it’s not easy to take, or lies outside our own experiences. Many authors have been judged for being provocative or for writing about uncomfortable content, but surely writing is a great valve and imagination is a release. Trinie isn’t afraid to let her mind go to weird spaces. She likes to see what people react to, are agitated by, and what is hard to write and hard to read out loud. What will they say, for example, after she reads a sex scene at a public reading? Yes, she’s constantly testing herself and her audience. What I’m left with when we’d finished our cups of tea is her provocativeness and playfulness. I had a sense of Trinie Dalton as a thoughtful artist and writer who knows what she’s doing and does it with confidence, intelligence, and an extra dose of mischief.

by Lindsey Brownson
Scroll to top