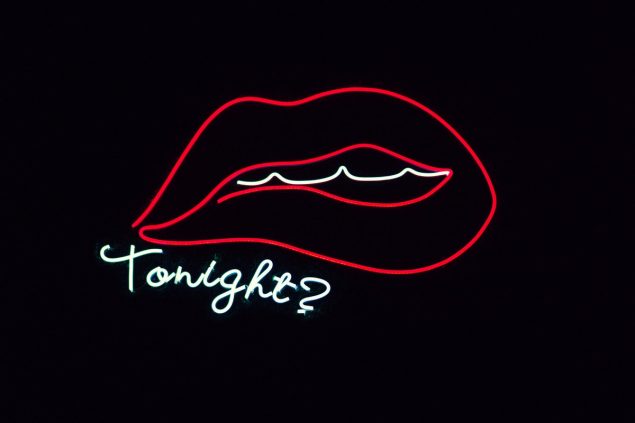 Stephanie Tyler is not just a New York Times bestselling author of over fifty novels – she is a mother, a spouse, and a member of the literary community. Ms. Tyler writes romance novels under her name as well as two pseudonyms – S.E. Jakes and Sydney Croft (a pen name she shares with Larissa Ione.) Her novels as Stephanie Tyler and Sydney Croft feature paranormal, dystopian, and modern romance. The novels written under the name S.E. Jakes focus on gay romance.

I first picked up a book by S.E. Jakes when I was still Active Duty in the military; I have loved the clever, sometimes neurotic, characters ever since. The men and women in her stories are strong, but are also wounded either physically or spiritually. They never feel two-dimensional – they feel like siblings or best friends that I have in real life. Each time I open one of her novels, I become a part of them. Speaking to the mind behind the worlds I love so much is like taking a walk with the characters themselves. Tyler has earned popularity and respect in several sub-genres of the romance world.

New York is in Tyler’s personality – vivacious while still being down to earth – and bubbles over in her voice as she answers questions about her life during this interview. She is so open and carefree, I feel like a friend rather than a curious reader and admirer.

TR: How do you find time to balance being a writer with all the other roles you play — mother, blogger and best-selling author? The sheer volume of work you publish in a year is staggering. How do you get it all done? Tyler: Let me tell you, it is not easy. This is going to sound really strange, but it was also much easier before my son was born. My daughter, she’s fifteen but she’s special needs. In a way she is easier than my son, who is six and not special needs. I have a lot of help with my daughter. You know, I have a fantastic nurse, and my daughter’s not easy to take care of, but I get a lot of work done when she’s around. My son is like a hurricane. (Laughs) I noticed that my production slows when he’s around; now that he’s in school full time some of my work is back. So, I can definitely see why authors slow down when they have kids.

“It’s hard, but I think what helps me is I love the writing. You know, when you have something you love, you are always going to find the time for it.”

It doesn’t matter how tired you are. You’re not going to be like, “Oh, I don’t feel like doing this now.” You’re always going to find a way. That really helps. I think that’s the key. Write what you love.

TR: Do you have a special place, time, or ritual that you do before you sit down to write?

Tyler: I write in bed. I went bed shopping and I told the guy, “You know, I work in bed. But I’m not, like, a hooker or anything.” He kind of looked at me strangely, and I thought wow, that sounded kind of weird. (Laughs) In my office I actually have a bed. A lot of times I work in my room, too. I just like to work in bed with a laptop. Working at a desk never worked for me. I feel like I’m always working, you know?

“I have a notebook and I write a lot of longhand. I’m never not thinking about writing.”

I use soundtracks for my books, too. I create a different soundtrack for each book, and that brings me into a certain story. It helps to center me. TR: Do you base the soundtrack off of plot line or certain characters?

Tyler: A little of both. Sometimes I’ll hear a song or a line from a song that reminds me of something a character would do or of a scene. It’s very nebulous. And a lot of them overlap because they’re songs that make me happy or just get me up and going. I need stuff going in the background. That helps me.

TR: You don’t just have just one pen name, you have two! What is it like to write under three separate names, including your own?

Tyler: Well, at this point, I only have the two, [Tyler and Jakes]. (Laughs) Like that’s normal. But really, I love it.

If I try to write only one book or in order, then I get stuck, and then I just sit there and do nothing. So, at least if I am writing on several books or out of order, I have forward motion on something.I feel like if I get an idea in my head, even if it’s not a book I am supposed to be working on, at least I get it down and it’s there. “I never want to throw away a good story idea.”

TR: What was it like to write in a partnership with Larissa Ione for the Sydney Croft books?

“I think it helps to have a co-writer that you really click with.” It was very strange how it worked. We didn’t write in order and I would write a scene out of nowhere. She would be like, “Oh my God, look what I just wrote!” and I swear her scene would match my scene perfectly. It was just one of those magical things. I just look back on that time and remember it was fantastic.

TR: Do you outline for any of your books?

Tyler: I remember in school we had to do an outline for a paper first. Like, I had to write the paper before I could do the outline. I was just always last minute. I could never do anything ahead of time.

TR: Without an outline, do you ever have moments where you wonder why the story took a sudden turn that you didn’t intend? Tyler: All the time. You know, that’s one of my favorite things about not plotting. If you can plot out in advance and make life easier, do it. But I can’t.

I wind up writing the book out of order and piecing it together like a puzzle and it’s fun, but I have everything scattered all over the place, and I think, “Oh, you have to put this whole thing together.” It’s all there, but you wind up writing more than you need. I don’t know if I would have gotten the pieces that were so cool, and [things] I didn’t expect, if I had plotted.

I look at authors like J.R. Ward, who has these massive outlines, and I feel like she almost writes the book before she writes the book. And, I’m sure she has those moments, but I feel like once I did the outline I’d be like, “Aren’t we done?” For me, it would take away some of the excitement.”

TR: When you lay out your story, do you print it and lay it all out on the bed, or do you have note cards and a corkboard?

Tyler: I’ve tried the board and I love that idea. A lot of my friends do it and it’s so pretty. Like, I have a lot of boards and note cards, and my husband is like, “Could we not order more note cards? You don’t use them.” And I don’t. I use Scrivener, which I love, but I don’t even use the note cards in Scrivener. I print it out. There’s just something about seeing it on paper that makes a big difference. I catch a lot of mistakes. I also sometimes send it to my Kindle. It’s like a real book that way and I’ll catch a lot.

TR: How do you decide which of those pieces should go in and which ones should be set aside for a different story?

Tyler: It’s instinctive. I’ll just know that the piece either fits some earlier version of the story and doesn’t need to be there, or it’s something that belongs in a different story.

Sometimes I’ll leave a piece in and ask my editor, “What do you think? Does this need to be here?” Sometimes you like a piece so much, you need an outside source to be like, “It’s a good piece, but this has no place here.” I never throw anything away.

TR: What is the difference between writing as Stephanie Tyler versus as S.E. Jakes?

Tyler: I love writing the heroes. I think for me that was the biggest difference; in the S.E. Jakes stuff they’re all heroes. I didn’t have to write about any of the women or the women’s feelings. For me that was always a lot of fun. TR: You had characters in the background of the Stephanie Tyler novels who were in male/male relationships. Did that help take away some of the stigma of writing gay romance for you?

Tyler: You know, I never really thought of it until recently. I’ve always had gay characters in the Tyler books, but it’s only been recently that I’ve gotten a few — and very few but a few — letters like, “I wish you wouldn’t put gay characters into your books,” or “Why do you feel you have to do this?” But, how do you answer that, you know? I mean, I honestly don’t feel like I have to do anything. There’s no political pressure on me. I’ve been doing this since 2007, and it’s just a natural part of the way I write. The characters walk into my head and they’re either gay, straight, or bi and I don’t change that.

TR: Your characters are all really well-rounded. They have flaws. They’re funny, clever, bitter, angry, and capable people. It seems like you know them.

Tyler: I just… they really just walk on. I know it sounds incredibly odd. Every once in a while, I’ll call a psychic. I was on the phone with one at one point and she said to me, “Oh, wait. Hang on. Hang on, they’re speaking to me.” And I was like, “Go ahead.”

“I understood exactly what she meant because that’s how I feel about my characters. They arrive and they’re just people. I can’t rename them or change their back-story. I couldn’t change them any more than I could change my son’s eye color. In a way, I’m lucky because that’s how they arrive.”

I don’t know why these broken men find me. I had a very nice childhood, everything was good. You know, a stable home, only child, parents around. I don’t know how or why, but all the men that walk on in my head are very broken. Strong, but broken heroes that chose me to tell their story. It’s a very big honor, so I will do that. I’ll tell the story.

TR: It’s great to speak to a writer who loves the art and isn’t ashamed to write in her chosen genre of romance novels.

Tyler: Yeah. I still get it all the time. You know, romance…

“I can’t even tell you. You get the looks, and you just wonder, “What are you, like, twelve?” I got the looks when I was in my M.A. program. They look at you like you’re a bug. But, it’s what I love to write.”

TR: Any advice for writers who want to be published, regardless of genre? “You have to write what you love, because if you’re not loving it, then no one else will love it.”

It’s hard, and until you have a book of your own you don’t understand just how difficult it can be, but we write because we love it.

“Coming Out”
Scroll to top