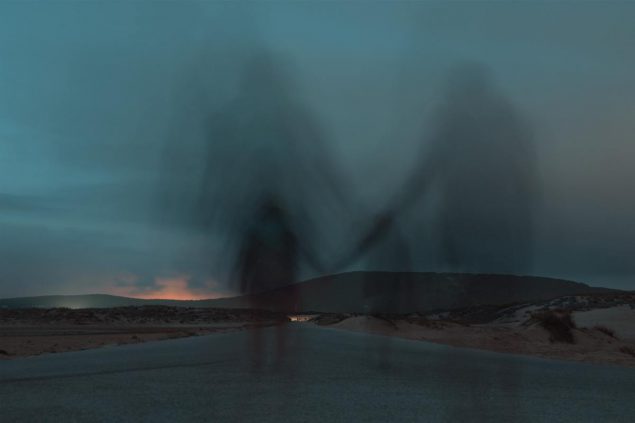 I have never committed murder. Nor have I ever been at a murder scene with police, forensics, and medical examiners gathering evidence. But I know how to write that scene. So do you. Chances are high that you have, at some point in your life, watched a movie or television show that had a murder in it. Use that. Don’t think about blood spatter patterns. Don’t think about the effects of air conditioning on a decomposing body. Just write the scene.

Write about the murder. Write about the process of solving it, and the conclusion when the culprit is, or isn’t, caught. A few important things you will discover by the end of the book include: the name of the murderer, the name of the victim, the murder weapon, and the motive. With this new information, it becomes easier to figure out what to research, how far down the rabbit hole you need to go, and how to shape the murder scene in revision. This way, you have much more control over the breadcrumbs you leave for your audience.

I heard the idiom “write what you know” before I knew I wanted to be a writer. The problem with this line of thinking is that you will inevitably reach a point where you have to write about something you don’t know, because no one knows everything.

The first step in writing what you don’t know is to get the scene down on paper any way you can. There are already so many excuses writers use to psych themselves out of writing and the fear of getting details wrong should never be one of them.

If you’re female, you will likely need to write from the perspective of a male character at some point in your career, even if you have never been a man. As a woman, you can only imagine the maddening sensation of itchy balls in the middle of a two hour briefing that you are giving to a boardroom full of Generals and Colonels deciding the fate of a highly dangerous mission based on your briefing. If you are male, you can only dream about the terrible pain of underwire digging into your skin as you low crawl through sand dunes surrounding an enemy encampment while on a covert mission to save a group of soldiers captured during a convoy.

That doesn’t mean you shouldn’t write these stories. I worry about getting the process of investigation wrong, but I am still going to write that process as best I can.

“Neat as a pin. Not a stitch out of place. The J. Crew store on the South end of the local mall looked as it always did, with neatly stocked racks of shirts, pants, and sweaters in color coordinated groups. Cold air blasted from overhead fans, keeping the store a chilly sixty degrees. Time of death would be difficult to determine. Perfect, Detective Curio thought with a heavy sigh.

As Curio trudged down the center aisle, skirting around the check-out station, he noted that nothing looked disturbed. Either there hadn’t been a struggle, or the killer knew how to put things back where they belonged. Glass lay scattered in large chunks on the floor of the dressing room, and the mirror sported a large blank section with sharp shards clinging to the edges of the frame. Someone hit the mirror hard enough for the glass to not only shatter, but to fall from the frame. The backing showed very little dried glue, so it was possible the mirror had simply been cheap.

Blood pooled on the floor, already congealed and drying at the edges, but not on the bench. His shirt was cut, not torn. More blood soaked into the fabric, turning the bright cherry red to a gory brick shade. The victim’s hands showed numerous cuts and punctures and his eyes were still open, staring at the ceiling in absolute horror. Odd. As Detective Curio picked over the scene carefully, he noted each of these facts.” Pause.

Consider the scene above wherein a young man is found in the fitting room of the J. Crew at the local mall. The sales clerk who found the gruesome sight hurried to call the police and they sent in your character. He has noted the condition of the shop, the victim’s clothing, age, and the mess in the fitting room.

You have written to the end of the story. You know that the man was stabbed to death by his mother’s new boyfriend. The motive was to keep the victim from telling his mother about the boyfriend’s pedophilia conviction. This information can now color the scene. Despite having written the piece, you still need to flesh it out with enough breadcrumbs to give your readers the chance to solve the crime. For example, what does the glass on the floor mean? What do the victim’s wounds look like? Why isn’t the body covered or hidden? There are a vast array of platforms for research sources these days.  Let’s look at the three most popular – internet, media, and people.

If you know, specifically, what information to look for, then the Internet is a great resource. Let’s say the mirror cracked when the victim’s head connected with the glass as he struggled to gain possession of the knife. I go back and add Detective Curio or the M.E. commenting on the bump on the victim’s head so that the connection is suggested without telling the reader exactly what happened. This doesn’t answer the question about the cuts. I will need to clarify whether the cuts are jagged or smooth based on my research – wounds from a serrated blade versus a piece of glass. Let’s say the killer attacked with the serrated knife, but the victim knocked it away. The killer picked up a shard of broken mirror to finish the job. From my internet search, I know that the serrated knife would have left ragged edges in the shirt and skin. Because of this, I add in a scene where Curio is peering at photos of the crime scene and notices the difference in cuts.

If the diagrams from the Internet aren’t for you and there are no videos on YouTube, then it may be time to consider another source – television, books, and movies. A lot of what I already know regarding murder is from detective novels, movies, and shows like Forensic Files. From the last source on this list, I learned that temperature can slow or speed up decomposition and make learning time of death difficult, which is why Curio notes the cold air.

The stab wounds on the victim can tell us more than just the weapon. The victim above shows a large number of stab wounds, indicating anger and hatred. A crime of passion. But the face was uncovered. From an episode of Forensic Files, I know that if the killer knew the victim well, the killer likely would have covered the face with something. The victim was a casual acquaintance, then.

The last source is all about connections. In my current acquaintance are a number of police officers, detectives, medical examiners, doctors, and just plain morbid people. If Wednesday Adams was a real person, she would be an excellent source. These are the people you ask if you don’t know the gaps in your story or how to leave a crumb to lead the reader in a specific direction. One of my friends is a glass expert. She blows glass professionally and has broken her fair share of mirrors. She tells me that not all mirrors are created equal. The mirror in your local Walmart is not the same quality as the mirror in your local J. Crew store, or even the same shape (see this article on Vice for proof). Assuming J. Crew uses moderately nice mirrors in their dressing rooms, I know the glue would hold the fractured glass in place pretty well, unless something pulled the glass free – like a particularly hard blow, snagged clothing, or a person looking for a new weapon. Now I can add a scene of Curio inspecting the shards of glass on the floor of the dressing room. Research moves the subject from the unknown to the known, helping you to write from a place of authority.

Writing what you don’t know takes a blend of curiosity, bravery, and research. You want to know what it would be like to investigate a murder, give a top secret briefing to government officials while suffering from a terrible case of jock itch, or explain to your date that the questionable stain is clearly wine and that the red pattern was always on your skirt. Summoning your courage, you ignore the fact that you have no experience with your subject and just let the scene play out on the page. The research conducted online, through interviews, or by watching television shows, helps you correct previous assumptions and flesh out the story. A competent, realistic Detective Curio strolls into a crime scene and solves a murder. A woman uses the underwire to pick the lock on the cell door to help her fellow soldiers escape. A presenter sighs in relief as he disappears into his office to finally scratch that itch.Running Sneakers Store | Ανδρικά Nike

Living Multiple Lives Through Writing: An Interview with Stephanie Tyler
Scroll to top