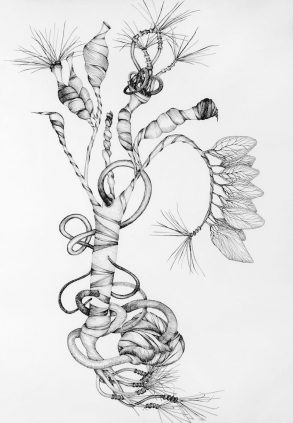 The long fever of summer looks like broken at last, there’s
a coolness that the hours, more and more, leave behind them
as they tumbleweed their way to wherever it is
finished hours go to.
Here, finished isn’t the same as lost, at all,
is this true
where you are?
When I lie down in the field, now—field that,
for months, by day the red-winged blackbirds
superintended, the one fox by dusk, missing half
its tail—I’m the dropped sword in a glittering detachment
of raised ones, which is (never mind how it feels)
maybe as it should be, though sure I’ve thought
to worry, having long been both things: the cigarette
casually let go of at the field’s center; the field on fire.

To remember at this point the carefulness
with which the survivors had arranged the fallen along
the public square’s four edges where there used to be
walls, parts medieval, the same
square across which I once ran after you, like someone
desperate, has made it seem like nothing,
but it was not nothing, the seeming
desperate, the running after you,
that I called your name.

Faintly. Calmly. Less faintly.
Sound of oars finding water, coming up for air again,
though not a skiff in sight.
They say frenzy will get you nowhere.
But they used to say that about fear, too.
Rustle of wood-doves in the catalpa. The catalpa’s
reflection in the river it shadows. In the shadowed
river. They say here’s where he first landed—god of healing,
on horseback, on his raft of ivory, bringing sleep for cure. 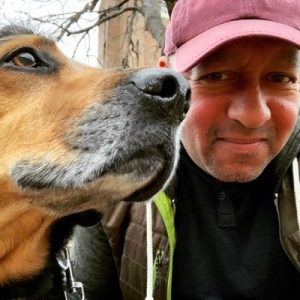 Carl Phillips is the author of fourteen books of poetry, most recently WILD IS THE WIND (Farrar, Straus & Giroux, 2018).

Carl Phillips
The True Story of La Negra, A Bio-Myth

Not You. Not Us.
by Davis Enloe