Wherefore the marram grass settled the land there also sprang the children who are as the sand in the sea, and houses on stilts as good as gone.  Yet here to this day wash in all the revelations of all the nations which are from the corners of the earth and the number of which is as the sand of the sea and as many as the stars in heaven.  Multitudes.  And the sand, which is by inland glacier, and the shores, innumerable, and endangered, and taken away by scenic road and path, and whatever remnant shall be saved is caught in the web and warp and weave of balding stretches of marram where the heron hides at twilight that sprang from the seed head.  Which is open.  Which has no skull.  Which has no remembered present.  Memory as in flesh, then, pre-coded and categorized memory the chaff of which is functional as seed and the rest of which is multifarious and continuous and revised and revisited as rain is revised by sand and sand is revisited by rain.  Which arrives from clouds glaciers could have been. The fore-dune is eaten to an open shelf exposing marram root. Largely rhizome itself, fiber more than anything else, a cousin to wool, you can pull it out but it’s hard to do that to it, it is so inextricable.  And why would you wish to anyway?  And at that the look goes up above the sand shelf.  Not so much a path as a brook of sand that is beach spill from legions of feet leads up and back into the canopy, where our observations can again live the good life of myriad endless moods. Of the very first serenity.  The very first author. Moods which critique and savage one another into a sense of territory precisely the way observant chickadees bicker of occupation in the choked undergrowth sparse enough almost to be a clearing.  These observant chickadees are also forms water assumed. Water, fine and sensitive element, widespread element.  Thoreau said it that way. He died not long after he passed by here on his way back from Minnesota, where of all places in this nation of nations his lungs were to heal.  He was also a form water assumed.  Every successive liveliness gets taller towards light.  All day on the beach are people at a distance, the words of whom cannot be made out.  But the trees behind them and you all normally watching the lake can be heard.  You don’t even have to turn around.  The body understands these old green voices.  The rustle can sound like the lake itself.  It can rattle like the ghost of a whale.  Up in the leaves with out words wind is the throat that swallows us all.

It’s about to make us stink right there frozen as we are on a path as wide as a car, then turning away because we are less a threat than it imagined. We’re just an interruption. Then running away. I never saw one run away before like a wave that never breaks. I doubt I would have seen it had you not been there. A skunk running away almost casually like it might never have to look back. Like you a little. Even like me a little. Hey us. Like it might never be caught up with or stopped. It’s only us, off to our side. It was running through the hemlocks I almost forgot. It was the hemlocks that made the path possible. Some had to come down. For you and me. While the skunk ran through the understory that wasn’t much of a story at all because this is a story about hemlocks as well as a skunk. Hemlocks, dark themselves, make the darkest shadows of all trees. What sunlight there is makes even the hemlock see-through, true. I am forgetting about you. You will, too. I don’t mean that in a bad way, I mean that we one day won’t be in the way. A little pine duff, a little litter. Though that is so even now. We like talking about the skunk. It is as if we are still there, ourselves, making it huff away like we would if we were skunks.

Out of the Vortex

Gust smattered gobs of snow glommed to spruce
limbs
shingled white, then, through snow fume, a hint
of living green,
the ecstatic without the static, without confines.
Outline is idea, any process is arriving at a humble
clump of words,
so if I say I’m down on my knees what ceiling,
what hands take mine and pull me to my feet?

What fashioned the soft blue tree shadows—no,
not shadows,
wisps of night across day heedlessly laid down,
whatever these are, a gladness I am otherwise.
Humankind hidden, hypothetical as slurred trees
down street,
no shape is but that necessity strictly conforms,
no one
walks into the eyes, nothing out there to kneel.

Cut and dried aesthetics, art at its most frugal
the universalizing principality of Smother-love
some universalizing thief
has taken all the fine detail away, as proof
that we’ve always been losing our memories,
white drop-cloth over sidewalks, driveways,
abstract forms—balustrades on fence posts.

Thrown pots on lampposts, pedimented flat-roofs,
eaves
beveled to bedding for the wind’s insomnia,
bushes—overstuffed sofas—plush cushions
on cartops,
the un-dug-out cars awaiting derelict orders,
marmorial empire—what absentee would want
to rule
this inhospitably over the furniture of the air—

Hedges are blizzard-coral, a great reef crystallizes,
cold sunlight
screened is arctic-aquatic now, under an ice cap
we live,
even breath asphyxiates, even its own passing, nether
shadows.
Silted earth’s ghost—a heavily, indrawn vaguary—
drew frost-graffiti-d windows, specifics randomly
stippled—
that there is subject to this the human wish.

What of those leery leather oak leaf gloves no one
wears,
who would go out in this would become statue,
sculptured marble, I can’t make out the sign or name
of my own street,
who would pull me over them like a sweater,
who would like to be undergone gone under.

Footprints shallow, a pathetic picket deer fence
snow picketed with less precision than the fence,
similitude, what a sham, it sculpts no clear edge,
rounded is edge, what a beautiful sham is this,
do you see,
the blind eyes of the neighborly windows,
it must be dark inside the average houses,
indefinite all day rends and shrills this squall,
you want that?
Do you really think you know who we are?

What of the fictive emptiness, what is purpose
down here,
snow, that which surrounds me, you You,
you are not a curtain I or we need to open.
The neighbors occupy the world they seem,
Eyesight falls so far in me, my happiness
no need to touch my flesh or hers, that, her shining face,
not today, this another sort of surrender,
mid afternoon I lie down in my warmth.

Bushes tabletopped and then tented over,
three juncos dart in and out of one of the gapes,
two come back out, but I have seen more go in
than go out,
go into a permeable enclosure there.
It must be better altogether like tha

These branches more than half draped white
and shouldering more snow than branch,
the snow fall so hoisted above more-of-the same
is lifted up,
held up into you and from these eyes.
Whatever you see, I would like to say
whatever you make of this I would make yours,
whatever we hurt from and we abide
be lifted up, for the beautiful is ours. 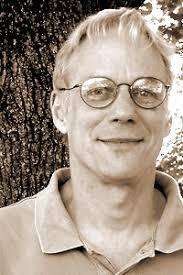