Blog - Latest News
You are here: Home / Craft / How Not to Not Be Funny 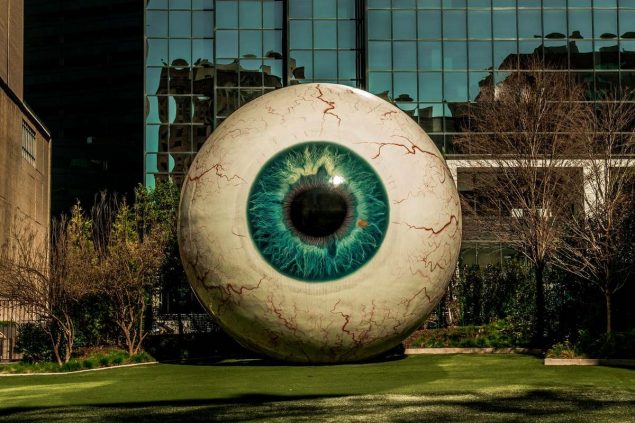 I wish I could. But humor is such an intuitive thing, so reliant on an appreciation of language, on lyricism, on timing, observation, and drawing abstract connections. You’re either funny or you’re not.

This is an essay on incorporating humor into writing. Not writing comedy or comedic pieces – that’s a whole different animal. I’m talking about straight prose, whether it’s genre fiction, literary, memoir – hell, it could be a cookbook – and making people chuckle while they read it. Making your reader sit back and say, “Oh, I see what she did there. That was good.”

This is not quite a how to, because see point one. It’s more a meditation on what works and what doesn’t. Except it’s less pompous than that (a meditation? Seriously. What? No.)

The first question the writer must ask herself then, is,

If the answer is “No,” then maybe stop reading this. I’m not sure what you’ll get out of it. Go read about use of metaphor or deduplication or alliteration or something.

If you’re not sure whether or not you’re funny, here’s a quick test: Has anyone ever described you as “funny?” It likely would have happened shortly after you did something which caused someone else to laugh, to which that person said words to the effect of, “You’re funny.”[1]

If they did say that, were they being sarcastic?  If you’re not sure, they probably were. And if they weren’t, congratulations, you’re funny.

Because the thing about funny is, it really is entirely reliant on the opinion of a third-person. Inner strength is valuable but on this issue we really are seeking external validation. Maybe you make yourself laugh, and that’s great. Life is absurd and cruel and in the end we’re all dead, and if you can’t laugh at that it’s a sad, sad existence just floating through space on this wet little ball, waiting for the sun to go out. So, I hope you can find some iota of humor in it.

But if you can’t make other people find humor in it, you’re not funny.

Right. Yes, take solace in the fact that you are able to find the right combination of words and you can present them in such a way that the listener must, involuntarily, unexpectedly, laugh. It’s like crafting a magic spell.  Words are uttered. Result: laughter. Existence altered.

And that is the key to humor: it’s unexpected. You cannot have humor without surprise.

Is it possible to categorize the different types of humor?  I suppose so, but it sounds like a dreary and humorless task. A time waster. Pointless.

Let us consider a few categories of humor – ones you are likely to run into in prose. At least, the ones I can think of.

There’s the unexpected twist; the misdirect. Where the passage zigs when it should have zagged.  AKA, the joke.  There’s a setup – a building narrative that leads the reader in a certain direction, and a punchline: the unexpected conclusion.

“He’s stuck out there. He thinks he’s totally alone and that we all gave up on him. What kind of effect does that have on a man’s psychology?” He turned back to Venkat. “I wonder what he’s thinking right now.”

There’s absurdity. A situation, an image, a moment that is so strange that it elicits a laugh.

It was a bright, defrosted, pussy willow day at the onset of spring, and the newlyweds were driving cross-country in a large roast turkey.

There’s the clever observation – the connection that you never thought of before. The conclusion that is obvious in hindsight but shocking when first encountered.

Vietnam was a country where America was trying to make people stop being communists by dropping things on them from airplanes.

Similarly, there’s the witty aside. The transposition.

I don’t like novels that end happily. They depress me so much.

― Oscar Wilde, The Importance of Being Earnest

Some words are just funny. The old vaudeville trope is that words with a hard “K” are inherently funny.

Names and places that defy expectations fall into this category as well. The cutesy name for the nasty beast. Basing a post-apocalyptic zombie horror story in Lake Placid or Carmel-by-the-Sea, or Shelburne.

They were looking straight into the eyes of a monstrous dog, a dog that filled the whole space between ceiling and floor. It had three heads. Three pairs of rolling, mad eyes; three noses, twitching and quivering in their direction; three drooling mouths, saliva hanging in slippery ropes from yellowish fangs.

“How do you know about Fluffy?” he said.

There’s the sentence that starts out seriously enough, but just kind of spins off in a weird direction by degrees and finds itself taking the reader down the garden path until the original thought is lost and at some point you start to wonder if it’s going to wrap up but you’ve traveled this far and now you’re kind of curious to see how it’s going to end, whether there will be a payoff or if it will just trickle off, until you find yourself looking at your watch and remembering that you really have things to do, errands to run, and when’s the last time you spoke to your oldest friend from High School, seems like it’s been a while hasn’t it…

[Rambling sentence removed for length, but it really was a funny one let me tell you as it had this really interesting bit in the middle where it, wait… you know what? No.] Pig in a Blanket by Camden Yandel

Then, there are things that are not funny.

Explaining the joke is never funny. If the reader did not laugh, no amount of exposition is going to bring them around. Then again, it’s hard to know during the writing process that the reader isn’t going to laugh, so maybe that’s not one to worry about.

Unless that’s your schtick. In which case it might be. Because there really are no clearly defined rules.

Doing something humorous, and then standing aside and going, “Eh? Eh? That was pretty funny right?” Is not funny. You should never try to draw attention to the humor.

The great thing about humorous writing is, if you play it deadpan, if you just leave the joke there without drawing too much attention to it, then it’s a win-win.  If the joke lands, the reader thinks you’re funny.  If the reader never notices the joke, then they don’t think you’re unfunny, they simply didn’t realize you were going for humor.

It is only when you explicitly try to be funny, and fail, that you find yourself out on a proverbial limb without a paddle.

As it happens, some of the same rules that apply to writing, generally also apply to humor. For example, avoid excess verbiage. Get the funny across with the minimal amount of words to get at the funny. Some folks believe that a good joke is one that’s drawn out as much as possible, so when the punchline finally arrives, it feels earned.

Callbacks are funny. But in literature that’s simply called a recurring theme.

If you can take the funny bits and make them relevant to the theme of the book, such that you wend the humor, the subtext, the symbolism and all the other elements together into a luxuriant pastiche that blends together like a lovingly made lasagna after it’s been reheated three days later, then you have achieved your goal.

Because remember, the goal was never simply to be funny. Humor is just one of many tools in the writer’s toolbox, and funny for funny’s sake is nice, but if it doesn’t contribute to what you’re trying to accomplish with your writing, then you have just incorporated a distraction, not a contribution.

Now, go forth, and reheat that lasagna.

[1] If these words were uttered shortly after a pratfall, or a successful impersonation of Robert DeNiro, or perhaps you attempted to sip from a rum and coke but got the straw lodged in your nostril and then in attempting to remove the straw from your nostril you somehow got the lime wedge wedged in your ear, then yes you may be funny. But you are not the type of funny that is relevant to this essay. We are specifically, explicitly talking about word funny here. A predilection for a clever turn of phrase, and that sort of thing.

[2] Or Harry Potter and the Philosopher’s Stone, if you want to be all British about it, or snooty, or both. 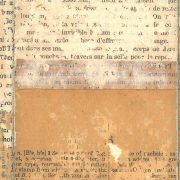 by Hillary Rettig
Scroll to top