Blog - Latest News
You are here: Home / Poetry / One of God’s Ovids 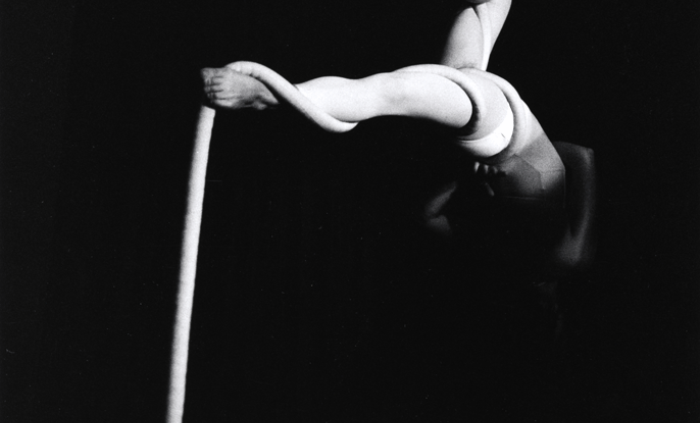 One of Ovid’s gods is drunk,
and stalking the city in peg-leg pants,
velour shirt open to the loins,
plastic Costellos askew on his nose.
He’s abracadabraing folks
into fabulous junk; turns two clubbers
into a lotus on a puddle,
smites a working girl into goat, teats
flourishing milk on the walk,
rearranges a beat cop’s handlebar
into the tusks of a boar.

The god gets dog-piled,
eventually, by everyone become everything.
Oaks and bird flocks,
pillars and livestock leap on his shoulders,
billowed with laughter.
They gnash their edges into his hide,
gouge, gore, maul, bite
the god’s vulcanized skin, demanding
redemption, restoration,
until he is crushed to death and we are
what we are forever. 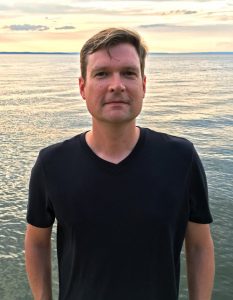 Josiah Bancroft’s fantasy-adventure series is published by Orbit Books (US/UK). Before settling down to write fantasy novels, Josiah was a poet, college instructor, and aspiring comic book artist. When he is not writing, he enjoys playing post-pop music with his band, Dirt Dirt, drawing chalk pictures on his office wall, and cooking pub curry for his wife, Sharon. He shares a home with her and their two rabbits, Mabel and Chaplin, in Philadelphia.

Josiah Bancroft
Writing Off the Page