Blog - Latest News
You are here: Home / Craft / Writing Off the Page 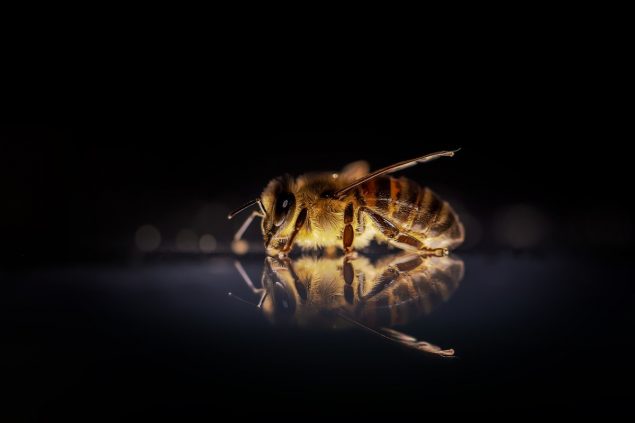 I live in the North Shore of Long Island, the setting of F. Scott Fitzgerald’s The Great Gatsby. In theory, the bucolic landscape of sea grass, lush trees, and glittering water that surround me should provide the ideal framework for my fiction writing. But as a mother of seven-year-old twins with a household to manage, a social life, and a husband, my writing life is far from ideal.

Rarely do I write as often as I would like to, or for as long. And the few precious hours a week I get to spend in the quiet of my room, at my desk, the tips of my fingers poised on the keyboard of my laptop, are not always satisfying or productive. Seldom do I achieve that deep, focused state of mind that feels so necessary to good writing, and when I do, inevitably the home phone will ring, or my mobile dings with a new text, summoning me out of the waking dream, back to reality: my best friend—and one of the few people who actually cares about my writing, aside from my husband—is having personal issues, so how can I not interrupt my writing to hear her out? Meanwhile the school nurse has just informed me that my daughter’s ear is hurting; I should pick her up as soon as possible. And there goes my writing day.

I might have given up writing long ago, or set it aside until my kids are at least teenagers. The reason I haven’t stopped writing has something to do with my suspicion that there probably is no ideal time in life to write, but mainly it has to do with a habit I’ve developed—call it self-preservation—of stretching my imagination past the limits of my allotted writing time, beyond the confines of my laptop and desk.

Often I will write in my car, parked near the stop sign where the bus drops my kids off after school. In the glove compartment there are pens and stacks of Post-it notes. If something pops in my head as I wait, I jot it down. Occasionally I will cover a Post-it or two, the flow of words usually cut short by the approaching sound of the school bus, or someone pulling up next to my car to ask for directions. Once, as I was busy filling a Post-it, the honking of a car horn made me look up. A man in whose face I slowly came to recognize my neighbor was smiling expectantly at me from his car. I waved at him across the glass, then looked back down and continued to write. Hey, I’m as friendly as the next person. When I’m not writing. Or trying to.

When I can’t hold a pen and paper—in store aisles and checkout lines, or as I’m driving—I will resort to writing in my head. More accurately, I try to lose myself in the feeling-state world of my characters, to perceive smells, sounds, the weather, an image, a conversation, as my characters would, while my mind free-floats through potential scenes. What I call writing in my head—or off the page—is a combination of playacting and dreamstorming: driving to the supermarket, I am no longer a mother, or even a woman. I am six feet tall and have dark hair cropped close to my skull, and my name is Aeden. Except that Aeden rarely ever goes to the supermarket. Aeden doesn’t even live in this town. But here he is, discovering that his colleague in the research lab betrayed him. And his reaction isn’t one of anger—as I’d thought—but one of bewilderment.

Writing off the page, flat characters can come to life and stories take shape. One time I had just left the supermarket and was rushing toward my car. It was one of those still gray mornings in winter when you know it’s about to snow, and I was in Emily’s skin, the thirteen-year-old girl in the story I was writing. Her mother had hidden her Pink Floyd CD and Emily had run outside to look for it. Emily couldn’t have cared less if it snowed. She would have been out in a snowstorm looking for her CD. I got inside the car and jotted this down. And that is how my story “Breathe” begins.

While writing off the page, I’ve grasped what it was about a scene that wasn’t working, or discovered the emotional layer one of my characters so desperately needed. I remember pushing a shopping cart across a supermarket aisle where two women stood talking. Being in Cathy’s body—the protagonist of my work in progress—I was drawn to these two women. Cathy, who was always alone, yearned for human connection. She would have wanted to know what the women were saying to each other, especially if it was something personal. But when I wheeled my cart past the two women, Cathy didn’t want to know. She had no interest in them, or in anyone, for that matter. Cathy was a loner by choice. She thought she longed for people but she didn’t, and deep down, she was aware of this contradiction in her character. Now I understood that her voice could not be the purely yearning one I’d written; there had to be irony in it, too. I filled several Post-it notes in the car that day and for several weeks went back to them to re-write scenes in Cathy’s new voice. In hours of sitting at my desk, I’d been unable to figure out a problem I solved behind my cart at the supermarket.

I know that creativity benefits from periods of incubation. But I also believe that creativity can be activated by habit. My time alone in the car and stores is just the kind of idleness I need to fuel my creative dreams, which is why I value that time so much. I have noticed, though, that if I let too much time pass between a writing session at my desk and an opportunity to dreamstorm, my characters become less tangible to me, and my focus on them compromised.

Standing near the rack of tabloid magazines at the checkout counter, I begin to wonder if it’s true that Angelina Jolie is starving herself to death. I ask myself why Barbara Streisand looks so old lately, and find it slightly upsetting that an NBA player was dumped by one of the Kardashians. And there goes my character, along with the scene I’d conjured. By the time I’ve paid and left the store, the question of whether Demi Moore will survive without Ashton Kutcher has become a more pressing issue in my mind than why my character has just fallen down a flight of stairs and broken his leg. I rush towards my car to jot down a plausible explanation for my character’s misfortune before Demi’s crisis, like blotting fluid, erases it. But the truth is, there is no clear reason in my mind as to why my character has fallen down the stairs.

Lately I’ve been trying out a strategy for making use of the over-stimulating influence of pop culture. If a celebrity intrusion distracts me enough to threaten to kick a character out of my head, then maybe it can also serve as the catalyst for new material. After all, my characters, though they are my creations, are inspired by the world I live in. Writing off the page might be an ideal means of harnessing creative leaps that can only come from tabloid invasion.

I recall Demi’s look of sweet longing and indignation at the photographer who sold that picture, and wonder how my character, who now wears a cast up to his thigh and goes to work on crutches, will respond to pity. I don’t know. But inspired by the look on Demi’s face, I can begin to imagine two options for my character: either he tells his coworker to get lost, or, through tears, he tells him to try running down newly polished stairs after the woman he loves has just left him. Options worth dreamstorming during the drive home. Buy Sneakers | Releases Nike Shoes