Blog - Latest News
You are here: Home / News / We Are Pleased to Announce the Judges for Hunger Mountain’s 2017... 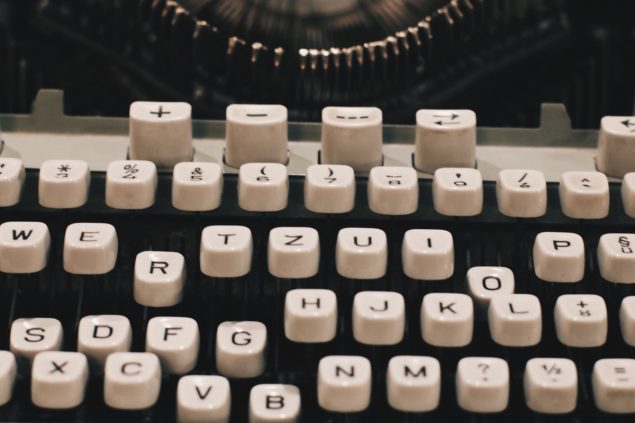 2017 Deadline Extended to March 8th! Click here for guidelines and to enter the contest. Matt Bell is the author most recently of the novel Scrapper and the story collection  A Tree or a Person or a Wall. His previous novel, In the House upon the Dirt between the Lake and the Woods, was a finalist for the Young Lions Fiction Award and an Indies Choice Adult Debut Book of the Year Honor Recipient, as well as the winner of the Paula Anderson Book Award. He is also the author of two collections of fiction and a non-fiction book about the classic video game Baldur’s Gate II. His writing has appeared in The New York Times, Tin House, Conjunctions, and many other publications. A native of Michigan, he now teaches creative writing at Arizona State University, where he serves as the Interim Director of the Virginia G. Piper Center for Creative Writing.

Formerly a park ranger, factory worker, and seller of cemetery plots, Joni is the author of two books of essays, The Wet Collection: A Field Guide to Iridescence and Memory, and The World Is On Fire: Scrap, Treasure, and Songs of Apocalypse, both published by Milkweed Editions.  Her essays have appeared in Orion, Oxford American, Poets & Writers, the Pushcart Prize anthology, and elsewhere.  She serves as the Bennette E. Geer Professor of Literature at Furman University in Greenville, South Carolina.

Major is the author of four collections of poetry: Roll Deep (W.W. Norton: 2015), Holding Company (W.W. Norton: 2010), Hoops (W.W. Norton: 2006), and Leaving Saturn(University of Georgia: 2002), which was awarded the Cave Canem Poetry Prize and was a finalist for the National Book Critics Circle Award in Poetry. He has published poems and essays in AGNI, American Poetry Review, Callaloo, Harvard Divinity Bulletin, The New Yorker, The New York Times Book Review,  Paris Review, Poetry, Tin House, and other fine literary periodicals. His poetry has been included in Best American Poetry (2004, 2011, 2013, 2014) and Best of the Best American Poetry. He is the editor of Library of America’s Countee Cullen: Collected Poems. Major Jackson is a recipient of a Guggenheim Fellowship, National Endowment for the Arts fellowship, Pushcart Prize, a Whiting Writers’ Award, and has been honored by the Pew Fellowship in the Arts and the Witter Bynner Foundation in conjunction with the Library of Congress. He has served as a creative arts fellow at the Radcliffe Institute for Advanced Study at Harvard University and Fine Arts Work Center in Provincetown. He is a core faculty member of the Bennington Writing Seminars and the Richard A. Dennis Professor at University of Vermont. He serves as the Poetry Editor of the Harvard Review.

Cynthia Leitich Smith is the New York Times and Publishers Weekly best-selling author of the Feral series, which includes Feral Nights, Feral Curseand Feral Pride, as well as the Tantalize series, which includes Tantalize, Eternal, Blessed, and Diabolical. Two graphic novels, Tantalize: Kieren’s Story and Eternal: Zachary’s Story complete the Tantalize series. Cynthia’s award-winning children’s books include Jingle Dancer, Rain Is Not My Indian Name and Indian Shoes. She has been twice featured at the National Book Festival. Her titles have been honored among Notable Children’s Trade Books in Social Studies, Oklahoma Book Award finalists, NEA Choices, CCBC Choices, Bank Street Choices, Children’s Crown List selections, YALSA Popular Paperbacks, state award winners, honorees and listed titles, the Illumine Awards and more. In 2013, the Austin chapter of the Society of Children’s Book Writers and Illustrators instituted the Cynthia Leitich Smith Mentor Award in her honor. She also was named a Writer of the Year by Wordcraft Circle of Native Writers and Storytellers, and she serves on the advisory board of the We Need Diverse Books nonprofit organization.latest jordan Sneakers | Air Jordan Sneakers

by Breanne Cunningham...
Scroll to top