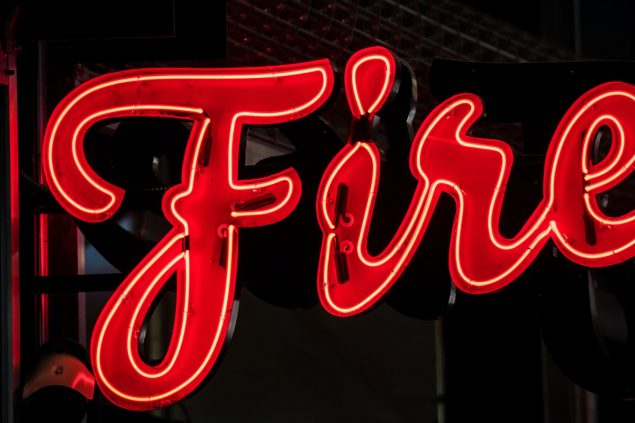 He’s fluent in Swedish. He has numerous tattoos. When he’s not on the mountain, soaking up fresh pow days while skiing with his kids, you can find Jensen Beach in a classroom, sitting at a comfortable (and self-described) “sixty-degree slouch,” meditating on Melville’s obsession with the color white during one of many classes he teaches at multiple Vermont colleges.

Beach is also the author of two story collections, For Out of the Heart Proceed and Swallowed by the Cold. In addition to being a writer and instructor, Beach serves as the fiction editor for Green Mountains Review.

I recently met up with Beach while we were both in Washington D.C. for the 50th Annual AWP Writer’s Conference. He was there with GMR, in the back room of A&D Bar, celebrating the release of two titles published by the newly-launched GMR Books: Alyse Knorr’s poetry collection, Mega-City Redux; and Christopher Kang’s When He Sprang from His Bed, Staggered Backward, and Fell Dead, We Clung Together with Faint Hearts, and Mutely Questioned Each Other. Kang’s 141-page book, a collection of 880 stories, was also the winner of The GMR Book Prize winner (selected by Sarah Manguso).

Beach and I shared ski lodge stories over a flask of scotch, then made plans to set up this interview. We ended up talking late into the evening over the phone, as Beach was fighting off the flu he brought back with him from the nation’s capital.

MD: You were just in Washington D.C. for AWP. Any highlights or absurdities on your end?
Beach: There’s good food there. My last night there, I ended up in a cigar bar. They were serving alcohol until about three in the morning, which was terrible because I think that’s what got me sick.

MD: Tell me more about the GMR event you hosted in D.C.
Beach: We ran a contest last year for a book of prose and book of poetry. I was looking for books that might have otherwise not have found a home — weird stuff, strangely imagined books — and we were lucky to find two great ones. The event we hosted in D.C. was a lot of fun: a reading from both writers at a bar. We sold books, got to meet our audience up close, and introduced our writers to people there at the event, then later at the conference itself.

MD: When you’re not attending events like AWP, teaching at various universities, or working on your own writing, what are some of your extracurricular activities?
Beach: Teaching is such a fun career. I think of it is a thing I get to do that is both recreation and a career. I actually like teaching. It takes up a lot of my time, but it’s something I find really energizing and invigorating. I get to move from one classroom to the other, I find that fun.
I love to ski, I love hanging out with my kids, I’m big into traveling. I’m not a hobby kind of a guy. I like to read and I like to teach. It’s pretty straightforward.

MD: When it comes to your process, you said in a previous interview that some stories have taken you several years or tries to “get it right.”
Beach: It’s always a new set of problems, and I’m a really particular and slow writer. Which is ironic because I’m always telling my students: “Hey, have stories to me by Wednesday” or whatever. Is that irony or coincidence?

MD: You wrote your first book, For Out of the Heart Proceed, during graduate school, correct? Beach: A little bit before, and some during that first year.

MD: Did that process, and the experience of a graduate program, influence the way you approached writing your second collection, Swallowed by the Cold?
Beach: I didn’t even know an MFA was a thing, but then I started applying. Some of the stories I used during my application I later workshopped; they made their way into the book. But it was sort of separate if I can make that connection. It was just stories I collected and then I thought, oh shoot, I got 27 stories or something, and I thought this could be a collection.
Then, with Swallowed by the Cold, I wanted to do something that I had never done before. I didn’t feel ready or confident enough as a writer to write a novel, so I wanted to write a book that did something in between what I had written and what I wanted to aim for. I’ve always loved stories. I think I will always be a short story writer. With the second book, I wrote that first story and I liked it. I thought I could just keep writing these Sweden stories, so I kept going and kept pursuing that and seeing what would happen. The thing that became my MFA thesis, of course, ended up being about 30% or something of that book.

MD: Did you purposefully set out to write a collection of linked stories, or did it just develop that way? Beach: The answer is both. I don’t think I necessarily started with the idea that the book I was writing would be linked stories because I didn’t know I was writing a book necessarily. I didn’t set out to write it. It developed as I started writing the stories. I had this cast of characters and I started to see pretty early on, maybe about by the fourth story I had written, that the characters shared a lot of common traits…in terms of personalities. I started to pursue that, but still didn’t feel the confidence I needed to make the weird connections and tethering I ended up making in the book, so I just kept producing work thinking that that was the thing that I could do and I kept experimenting with – form isn’t the right word, but with shape or story structure, or seeing if I could do things in weird ways. To be totally honest with you, I was just trying to teach myself how a story worked.

MD: You lived in Sweden for a while, isn’t that right?
Beach: I did live in Sweden, for about six years. Also in Massachusetts and Illinois. I grew up in California. I find places really generative and exciting. That fuels a lot of my creativity; I often write about place and find a lot to mine in the notion of geographies and topographies and directions and histories. I just always loved travel and adventure and, I have to admit, the hassle of it all. I find that really exciting. Maybe a little less so as I get older.

MD: As the genre walls continue to blur and writing forms move more toward hybridity, are there any writers currently doing things with their work that is particularly interesting to you?
Beach: I tend to bring the kind of things into the classroom that I am most excited about. I use the classroom as space for me to be excited as a writer and a teacher and to be among peers, frankly. To be like: “Hey, you guys are nerds about this just as much as I am, let’s ‘nerd’ out.” So in a way, I think it’s just that. The [John] D’Agata anthology that just came out [The Making of the American Essay], it’s that [Max] Porter [Grief is the Thing With Feathers], it’s that Idra Novey novel [Ways to Disappear] that weirdly plays with mystery tropes and translation ideas and language and all sorts of goofy stuff. That’s the very stuff that inspires me.
I think I look, in certain respects maybe a step ahead. I might be at AWP or another book fair or something to pick up a book that I know and have heard about that is coming down the pike that is a thing that might be in my own … (sighs) I’m going to use two terrible clichés like, in my own wheelhouse. Something that I think is to my own interest, or to my own teaching interest. But honestly, the stuff I teach is the stuff that I’m the most jazzed about. It’s the stuff that I return to. I like to use the classroom as an experimental platform. I think it’s important to do that. I don’t want us teaching the same stuff over and over again because I think that does a disservice to our students. The landscape changes.

MD: I read that Porter book on the train back from AWP.
Beach: It’s so good, right? I saw him read this anti-Trump poem at the Texas Book Festival in Austin, at this outdoor bar with these lights strung, like, Friday Night Lights style. He’s standing there in this dirty, dusty, fuckin’ backyard bar, he read this thing and it literally took the breath out of the audience it was so good. He’s amazing.

MD: How about you? Is there anything new in the MD: Transitions?
Beach: Yeah. I know that’s a weird thing to say. I’m just writing a novel. I’m writing a novel that’s sort of doing weird things with time and with its setting — its space and location — and with historical context. It’s called Slow to Anger.

MD: Are those some challenges that you specifically set for yourself?
Beach: No, they’ve been things that have kind of emerged as I‘ve dug into certain projects; those projects have sometimes been very personal. It’s the things that come out of my own life or the reading that I’m doing, or things that I’ve heard from friends or whatever. But in this case, I think it’s just been an ongoing evolving project that had adapted to the realities of my own life, and [it] has pushed me in different, undeveloped, or interesting dimensions and areas to explore. It’s nothing that I came in with ahead of time, for sure.

MD: So beyond this novel in progress, what does the future hold for Jensen Beach?
Beach: I’m working on some translations. Editing work is ongoing. And teaching is a thing I put a lot into and get a lot out of. I have some travel lined up for the spring and summer, which I am excited about. It all just keeps moving forward, and I’ll try to steal some time to write in it all, too.

MD: What does the whiteness of the whale in Moby-Dick mean to you? Beach: (laughs) How do you escape this question? I don’t know — the whiteness of the whale, what does it even mean? I’m fascinated by Melville’s idea in that chapter, the idea of its own contrast, how white can be both pure and terrifying. I’m also fascinated by the larger questions that chapter poses about whiteness, and not even about whiteness but about the contrasting notions of a particular concept. Like, how do we understand things, and how are we as humans capable of dropping into them and turning our faces in every direction at once? I don’t know if I’m even capable of forming a coherent thought regarding this, but to me, it’s just sort of deeply fascinating. It’s kind of a wild piece of writing.Sneakers Store | Autres 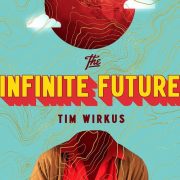 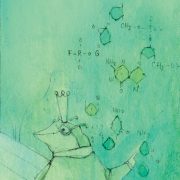 Rebecca Thomas
The Gifts of Ratoncito Pérez
by Joe Baillargeon

A Proud Family of Sneezers
by Sandra Nickel