You are here: Home / Lucy Corin 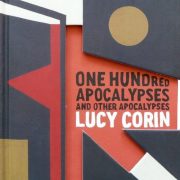 by Amelia Marchetti
Scroll to top