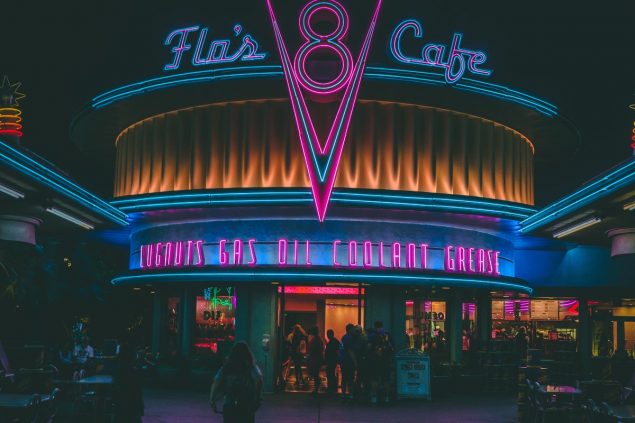 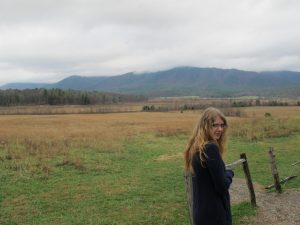 Well, I went on a dead dog kick for a little while in my writing. Our family dog, a black lab named Pepper who we got when I was nine, was very old and on death’s door when I was writing “Last Dog.” She was almost blind and entirely deaf and had bad arthritis at this point, and it was tearing my mom up inside. There were some difficult things going on in my family at the time—illnesses of the physical and mental variety—which my mom was managing with strength and grace and a remarkable amount of composure, but when it came to our dog, she just broke down. I think she perhaps subconsciously tied up all the hard things she was dealing with in the dog; it became a tangible, visual representation of our family, as it had once been, ending. I, too, became mildly obsessed with dead or lost pets as cataclysmic events in my fiction for that year before Pepper died, and from that idea, this story emerged. This story was actually very important for me. The events that happen to Joel are very different from the ones that were occurring in my family at the time, but through the experience of writing the story, I was able, to a certain extent, to work through my own grappling with this reality that I had found myself in and never saw coming.

Also, a while before writing this, I had discovered fantasy taxidermy, which actually exists, and became totally fascinated with it. It seemed like a practice that was so full of symbolism and meaning, and I had always wanted to use it in a story. I tend to collect strange things in my writing notebook and use them for inspiration. Speaking of, somewhere in Britain, there’s a company that makes wallets and shoes and belts from HUMAN LEATHER. Yeah, I said human leather. I haven’t figured out how to use that in a story yet, but I want to. Don’t steal it.

Tell us about your writing process—either generally or specifically with regard to the birth and development of this story.

So that’s all by way of saying that I’m trying to establish a daily writing regimen, but obviously it needs some work. I have almost never been able to write a story by trying to force myself to write a story. Sometimes, if I sit down and start making myself write, something will click and I’ll get something good going. But mostly, the mysterious event we like to call “inspiration” will hit me at unexpected times, often while reading (which is why I read when everything else is failing), and then I’ll write like a madwoman for hours—literally like a madwoman, crouching like a gargoyle in my chair, bouncing up and down, exclaiming things to the air that make no sense to anyone in earshot, pacing around, standing on the furniture, forgoing meals and sleep and personal hygiene—until I have a first draft written. That’s how I wrote the first draft of “Last Dog,” and then the later drafts and editing happened during my painstaking aforementioned process. I don’t know why my best writing happens like that, but it can be very inconvenient. It’s like, Oh, you’re at work? TOO BAD YOU ARE INSPIRED IGNORE IT AT YOUR PERIL. So I’m trying to figure out something so I can produce writing more regularly instead of just waiting around for it. And, you know, so I can hold down a job.

Name your favorite living writer and tell us why.

Aimee Bender. She’s brilliant and so creative and unfettered by the traditional boundaries of what a short story “should” be. Her writing is often weird, usually unexpected, and always saturated with such empathy for the beautiful, ungainly, cruel, messy humanity of her characters. She writes characters like a boy who has keys for fingers, a man with a prosthetic hunchback, or a woman who plants potatoes that turn out to be living potato-babies that she keeps trying to kill but they keep coming back. And somehow, by writing these skewed and fantastic worlds, she pulls the skin back on our reality and shows us the muscles and bones, says, Look, This Is What We’re Made Of. Her work reminds me of touching the exposed nerves in a friction burn. It’s just buzzing with feeling.

I read her collection Willful Creatures for the first time at a pivotal point in my writing life, right after I entered my MFA program and really started figuring this writing stuff out, and it opened up my eyes in a way that the more realist authors I’d been reading hadn’t. Aimee Bender made me realize for the first time that the boundaries of fiction, well, that they don’t exist. I had been trying to force my stories into the established model of the stories I had been taught in school, instead of following my own intuition and exploring whatever weird or unexpected or risky direction the story wanted to take me. Bender taught me that you can do absolutely anything in a story, as long as you make it work. And that’s such a freeing and glorious thing, isn’t it?

I also had the pleasure of interviewing her for the literary journal we started at Vanderbilt, Nashville Review, and she is one of the sweetest and most genuine people I’ve ever met. I may or may not have an altar to her in my closet.

What’s the hardest thing to get right in a short story?

Well, beginnings and endings, obviously. The stuff in the middle is easy(er), but finding the right way to begin a story and the right way to end it—that’s where the pressure is. I often find myself writing my way into a story for two pages or more before the story really begins, and then I have to go back and dig the beginning out and cut away the excess. I find endings a little easier than beginnings. By the time I get to the end, I usually know how it’s supposed to happen. Sometimes I fiddle around with it too much trying to make it perfect—for instance, “Last Dog” went through three or four other endings before I finally landed on this one, which was the second one. But beginnings, that’s where you set the tone, the pacing, the characters, the expectations. That’s where you hook your reader or lose them forever. No pressure.