Blog - Latest News
You are here: Home / Et Cetera / Why I Have Hemingway Tattooed on My Forearm 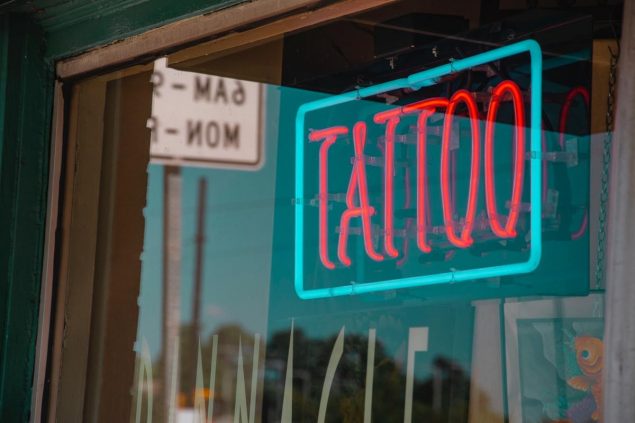 “Why do you have tattoos?” I often hear.

Some people understand. Some don’t. And some don’t like it. Regardless, all of my tattoos have meaning to me, but there is no way to thoroughly explain that meaning in twenty-second sound bites.

However, I can usually relate salient points quickly: “Most of the sleeve on this arm has a nautical theme. I love being on the ocean. Moby Dick is my favorite book—he and the Pequod are there. ‘The Rime of the Ancient Mariner’ is my favorite poem—some of my favorite verses are scrolled around my arm. And Einstein sticking out his tongue is there to remind me that if one of the smartest men that ever lived didn’t take himself too seriously, why should I?”

“What about Hemingway?” they ask. “What’s the story there?”

The short answer, “He’s one of my favorite authors,” just isn’t enough. If that were the sole qualification, I would have more than two authors tattooed on my arms. (The other author, on my other arm, is Vonnegut. His is a story for another time.) No, Hemingway means more to me than that, and I never have the time or the on-demand eloquence to properly explain it. It has to do with a big, two-hearted river.

When I look at Ernest Hemingway, I see Nick Adams. Nick’s exploits in Hemingway’s short stories echo Hemingway’s childhood, his fishing trips, his war experiences. Because Hemingway based Nick on himself, there is cohesiveness to Nick’s character. Over many years and many short stories, Hemingway developed Nick as a reflective man who would at times ruminate on his past and present.

For example, in one short story, “Now I Lay Me,” Nick is in Italy recovering from wounds suffered in the First World War. Nick is trying to think about fishing trips, family, and anything else that will distract him because he doesn’t want to close his eyes—he is afraid he will die if he does. The story opens with this:

That night we lay on the floor in the room and I listened to the silk-worms eating. The silk-worms fed in racks of mulberry leaves and all night you could hear them eating and a dropping sound in the leaves. I myself did not want to sleep because I had been living for a long time with the knowledge that if I ever shut my eyes in the dark and let myself go, my soul would go out of my body. I had been that way for a long time, ever since I had been blown up at night and felt it go out of me and go off and then come back. I tried never to think about it, but it had started to go since, in the nights, just at the moment of going off to sleep, and I could only stop it by a very great effort. So while now I am fairly sure that it would not really have gone out, yet then, that summer, I was unwilling to make the experiment.

In another short story, “A Way You’ll Never Be,” Nick, still in the First World War, is again having trouble sleeping because his mind is racing and he cannot stop it. In one paragraph, a full page and a half long, Nick’s thoughts during an attempt to nap string out in a rambling series of flashbacks that may or may not stick to the truth. When awake, he babbles, and he knows it. In one scene he rambles to bewildered Italian soldiers, on and on, about American grasshoppers: which ones are good for fishing, how best to capture them, etc.

What Nick saw and experienced during the war is important, and how Nick dealt with these experiences is important. Nick ruminates. Nick rambles. Nick’s mind moves.

I suffer from bipolar disorder. I ruminate. I ramble. My mind moves. And one thing I struggle to do is peacefully enjoy my surroundings. This rarely happens, and it definitely does not happen after something traumatic. Was Nick suffering from Post-Traumatic Stress Disorder? Was Hemingway bipolar, as is often presumed? I don’t know—but I am seeing unmistakable traits to which I can relate.

“Big Two-Hearted River” is considered by many to be one of the best post-war stories there is. The short story (two actually, Part I and Part II) follows Nick as he heads into the wilderness after returning home from his traumatic wartime experiences. Some reviewers have said that Nick is at peace there in the wilderness because he finds strength in connecting with the natural world. I have a different view.

In “Big Two-Hearted River,” Nick gets off a train in a deserted town. The town and surrounding countryside have been burned to the ground. Nick walks through the town, observing the destruction, not saying a word, and, important to me, Hemingway reveals no thoughts that Nick may have of it—especially how it must certainly compare to the war he just left behind. Nick then walks out of town and across charred land. He stops to notice that the grasshoppers are black from the soot.

As I mentioned, in “A Way You’ll Never Be,” Nick, for no particular reason, describes with fondness and expertise the American grasshoppers to the Italian soldiers. In “Big Two-Hearted River,” Nick observes the grasshoppers in the burned-out fields without mention of those he encountered in Europe during the war. When he was in Italy, grasshoppers were a connection to his life back in America. Back home, he finds them charred and black, and he says the only real dialogue in the story: “Go on, hopper. Fly away somewhere.”

Nick never, ever thinks about the war.

Nick, in “Big Two-Hearted River,” is not ruminating, as would the character developed in other Hemingway short stories. He does not reflect on the war even once.

He was blown up. He had nightmares. He couldn’t sleep. He had scars, physical and mental. He saw horrors. He killed. He feared he would die if he simply closed his eyes. Yet here he is, walking in the most serene of environments, quietly observing, thinking simple thoughts. How he should fish. Where to set up the proper camp. The best way to gather bait.

And here I sit—waiting for him to explode.

This is going to hit him. This wouldn’t be much of a story if it was solely following a well adjusted soldier on a fishing trip back home.

The tension is agonizing.

When will he suddenly look at the grasshoppers and say, “I missed you! You’re all black! How did the war follow us here?” When will he throw down his rod and put his head in his hands and sob?

Nick smokes a cigarette and surveys the scene. No thoughts of the war or the trauma or the horror or the death. But the thoughts are coming. They must be coming. When will they come?

And I know what this is. I know what Nick is doing. It is not denial. It is an attempt to free himself from the ceaseless thinking. It is the never-ending quest to quiet the mind and enjoy the here and now without letting disturbing thoughts intrude and control. And it only lasts so long.

And he will crash.

Why do I have Hemingway tattooed on my forearm?

I like to look down once in a while and see Nick.

Tierney Ray
Where I Find Myself